Samsung Brings Eastern India’s Pattachitra Art to Your Living Room with The Frame – a TV When It’s On, Art When It’s Off 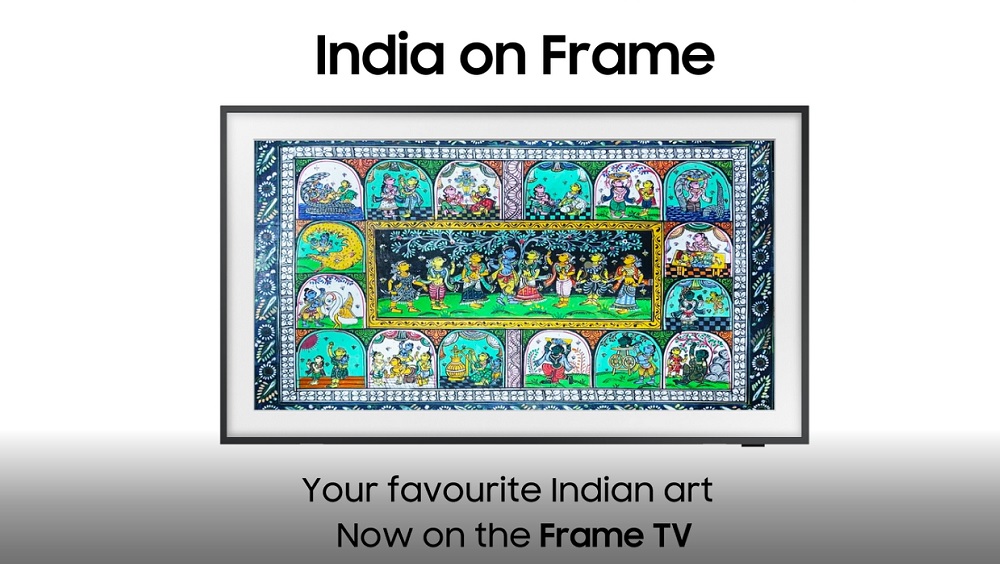 Showcasing the ethnic diversity, vibrant colors, different cultures and rich heritage, The Frame TV is back with yet another Indian tribal art form, Pattachitra— from the land of Odisha.

Samsung has introduced Pattachitra art from the tribal areas of Odisha and West Bengal to its lifestyle television The Frame, which is a TV when it’s on and art when it’s off.

Pattachitra art on The Frame is part of a collection of local Indian folk and tribal art from across the country on the lifestyle TV’s art store, which hosts over 1,400 artworks. This initiative is aimed at reviving Indian folk art and bringing it to your living rooms through The Frame.

While ‘Patta’ means cloth, ‘chitra’ means a picture and this ancient scroll painting on cloth has been practiced for centuries in eastern states such as Odisha. After Madhubani and Gond art, Samsung and Floating Canvas Company, have come together to bring this lost art to your living room with The Frame TV. Featuring over 1400 international and Indian artwork, The Frame is the coveted statement piece for the art connoisseur in you.

From the lush lanes of Odisha, where art travels from one porch to another, here’s the spectacular art form – Pattachitra. 🫶

Bring home this #IndiaonFrame beauty on your #TheFrame, TV when it’s on, art when it’s off. 🖼️