Samsung R&D Institute Bangalore (SRI-B), Samsung’s largest R&D center outside Korea, and Government of Karnataka today announced the launch of ‘Samsung Digital Library’, an initiative aimed at bridging the digital divide and help the Karnataka government fulfil its objective of equal education opportunities for all.

Samsung Digital Library will be implemented across 100 plus government schools of Karnataka wherein more than 2000 Samsung Galaxy Tab A and “e Education Content along with Training” will benefit nearly 25000 students. 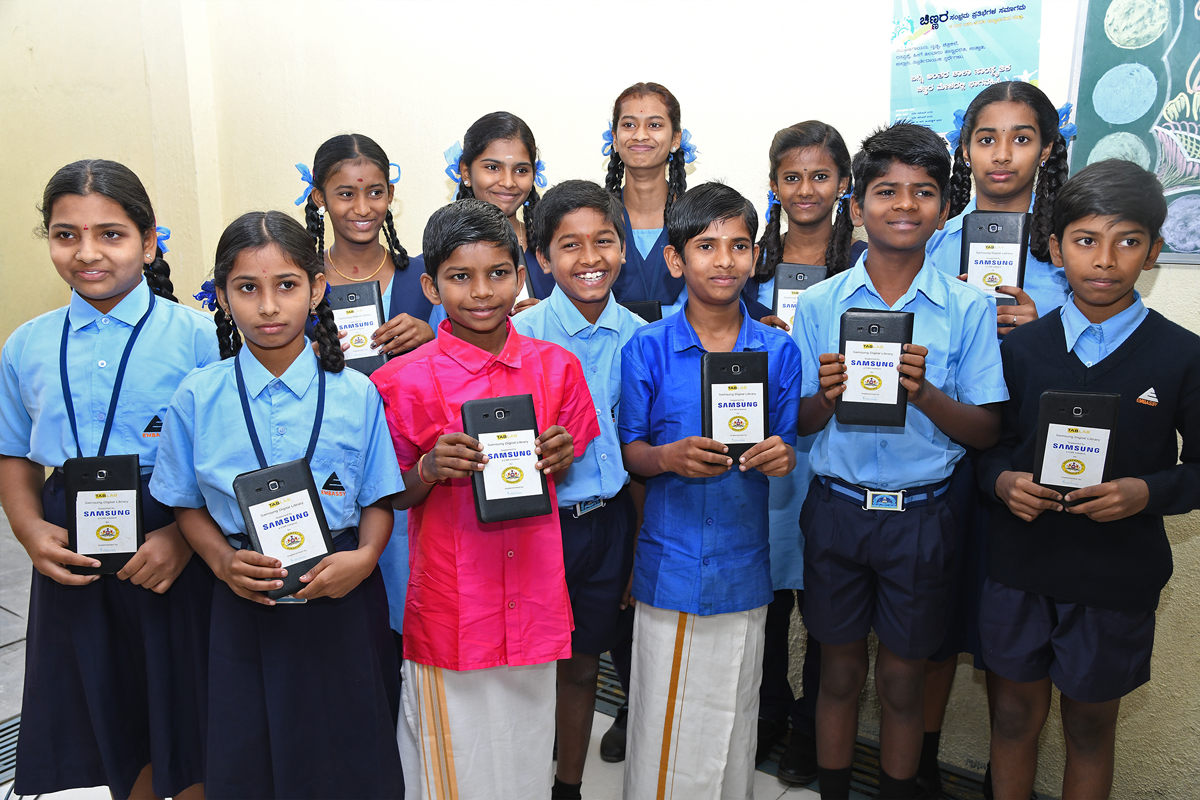 Samsung Digital Library programme was inaugurated today in the presence of Mr. S Suresh Kumar, Minister of Primary and Secondary Education of Karnataka. Also present at the event were Mr. Heejoon Kang, Chief Financial Officer, SRI-B, and other Samsung executives.

Mr. S Suresh Kumar, Minister of Primary and Secondary Education, Government of Karnataka, said, “Our focus on strengthening the primary education system will be bolstered through this partnership with Samsung. Students at this age must get an experience of the latest technology to have a holistic development. The Samsung tablets will be an ideal way to engage these kids in an interactive manner and we hope this to be a fulfilling association.”

“At Samsung, education is a cause that is close to our heart. We are committed to help students learn and bridge the digital divide with our new initiative – Samsung Digital Library. Through this partnership with the state government, we are hopeful that the students can adopt more engaging methods of learning with new age technology,” Mr. Dipesh Shah, Managing Director at Samsung R&D Institute Bangalore, said. 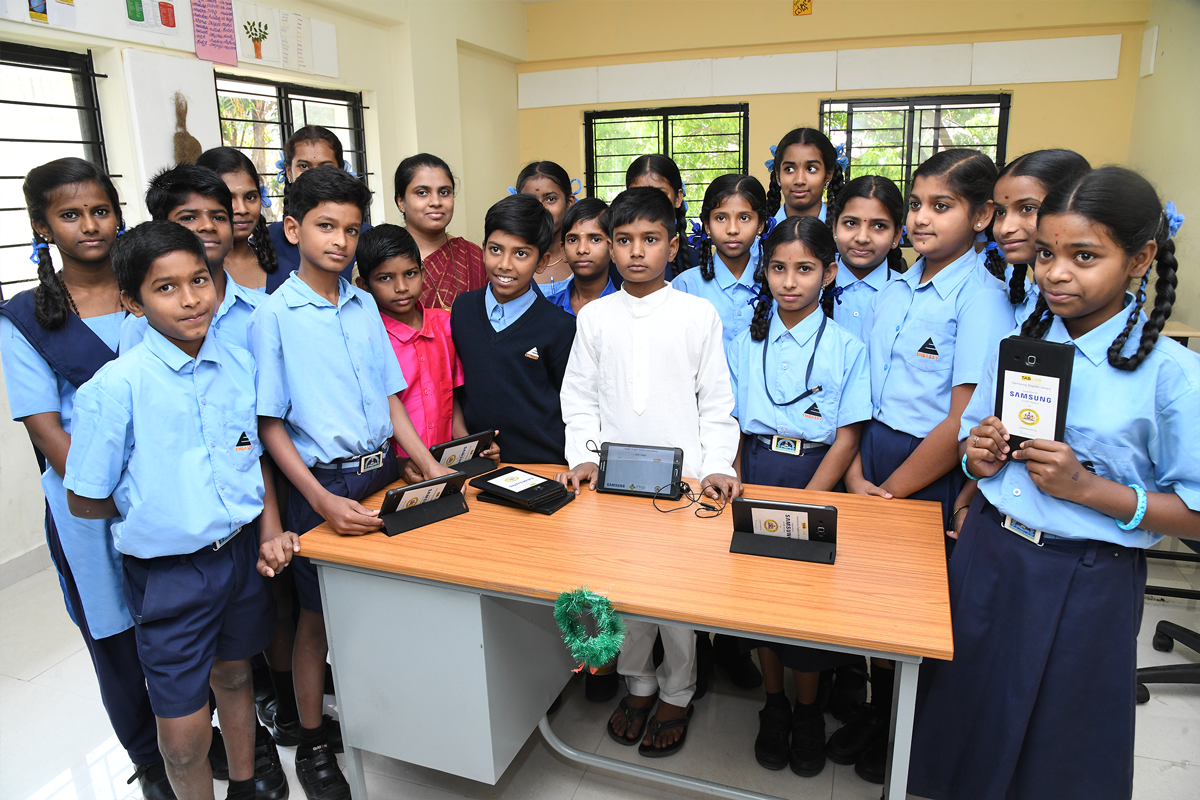 Samsung Digital Library is a new corporate social responsibility initiative that has been introduced by SRI- B. The initiative will focus on providing quality digital knowledge and education in government schools of Karnataka.

In the first phase of the initiative, 20 tablets per school will be distributed across 50 Government schools of Tumakuru and Ramanagar. Tumakuru is also a ‘Smart City’, and this collaboration will further the government’s initiative towards digital education. The second phase is slated for the month of August this year. 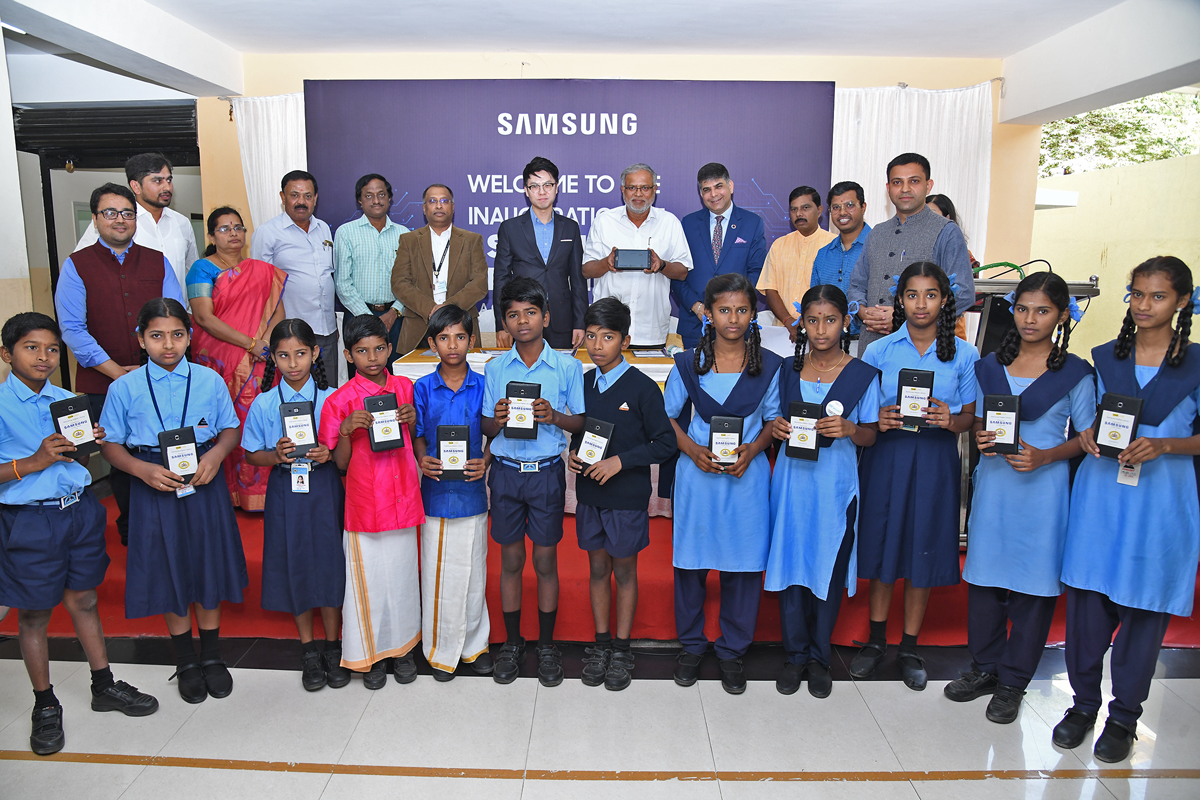 Samsung has a strong partnership with the state of Karnataka and has been acknowledged for its sustainable efforts to transform the society through multiple initiatives towards community building. Since 2015, the CSR team at SRI-B has been active in carrying out various drives like the Notebook donation drive, building of a new school in Kembodi, solar lantern distribution and many such activities across Karnataka.

Karnataka is also the home to the world’s largest mobile experience center- Samsung Opera House and the biggest R&D centre of Samsung outside Korea. Samsung R&D Bangalore is a key innovation hub in Samsung. With the best of talent from India and overseas, this centre focusses on creating cutting edge technologies across multiple areas of Samsung’s business, that transform experiences of users both globally, as well as in local markets.