One of the values that is drilled into all employees at Samsung is co-prosperity. As a company, it is our responsibility to work with the community around us, and give back to the society.

As part of that philosophy, five years ago, several employees of Samsung got an opportunity to engage with less privileged students at government schools in rural India, and most of them were taken by surprise that the biggest reason for these children to attend school was to get free mid-day meals provided to these schools through a government programme. Most students did not have basic necessities such as notebooks and stationery. 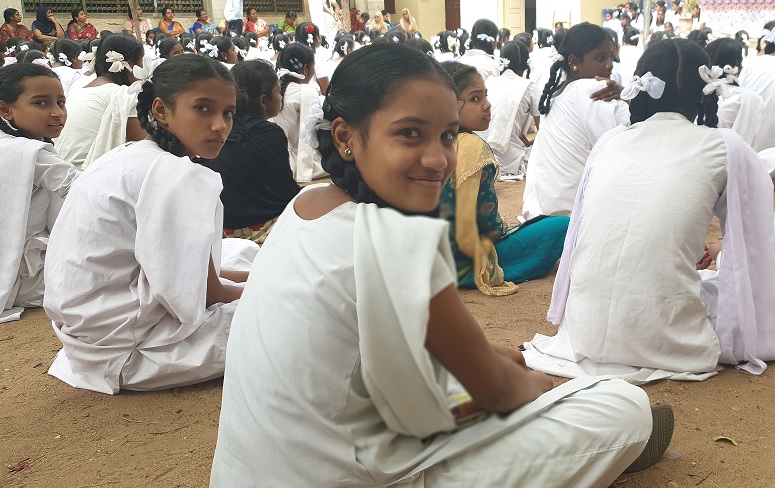 That’s when employees from Samsung Research Institute – Bengaluru (SRI-B) resolved to begin a donation drive to bring focus back on education and help curb the drop-out rate among students. 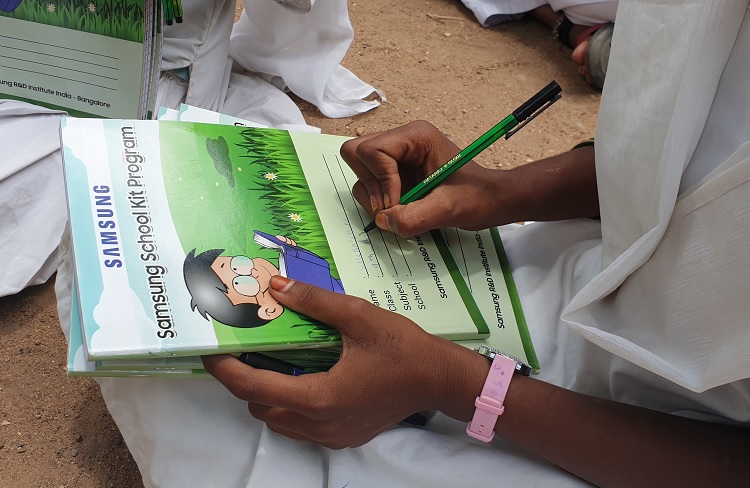 This week, our employee volunteers reached out to government schools in six Talukas of Kolar and Ramnagar districts of Karnataka and distributed 550,000 notebooks to 100,000 students in 2,100 government schools.

As the little girls and boys received their new set of notebooks and stationery, the glee on their faces was palpable. The minute they got their hands on their prized possessions, they couldn’t stop writing their names on them. Mr J Manjunath, the District Collector of Kolar, Samsung executives and other officials participated in the drive along with Samsung employees. The students also made a solemn promise to study to the best of their potential. 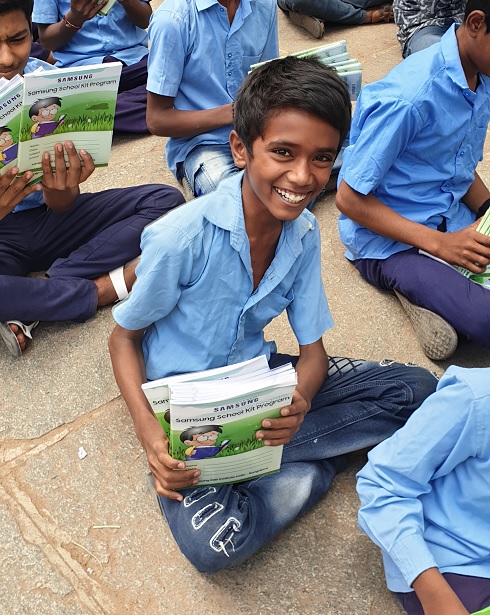