Flagship smartphones feature many innovations for India such as Carrier Aggregation through which they can stream data 2.5 times faster, Samsung Rewards and exciting offers

Samsung Electronics today launched its flagship smartphones, Galaxy S9 and S9+ in India, with the world’s best camera featuring a Dual Aperture lens, Super Slow-mo capability, AR Emojis that look like you, and stereo speakers tuned by AKG with Dolby Atmos®, among other path-breaking features, reimagining the way people communicate, share and experience the world. 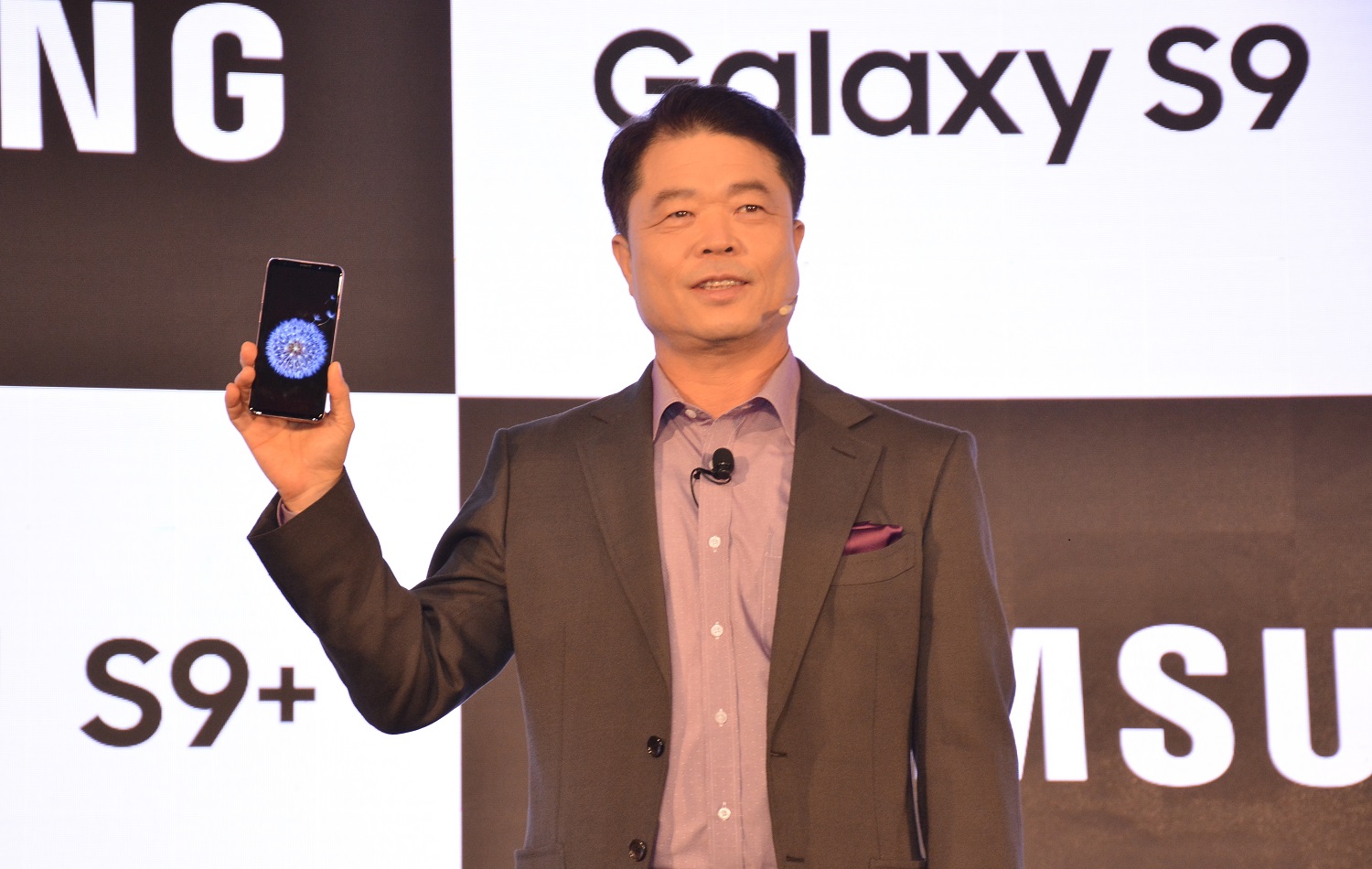 The smartphones have also been reimagined for India with a slew of ‘Make for India’ features that will delight Indian consumers. With Carrier Aggregation, Galaxy S9 & S9+ will be able to stream data 2.5 times faster. They will come bundled with several exciting offers as well as Samsung’s very own loyalty program, Samsung Rewards.

Mr. HC Hong, President and CEO, Samsung Southwest Asia, said, “Galaxy S9 and S9+ are made for today’s age where communication and expression is increasingly happening through images, videos and emojis. India has one of the highest number of social media users, is one of the biggest 4G data markets and one of the fastest growing cashless economy in the world. With Galaxy S9 and S9+, we have reimagined the smartphone for today’s and tomorrow’s India, so that you can ‘Do what you can’t.”

Galaxy S9 and S9+ herald the next level of innovation with Samsung’s advanced camera that has been redesigned with a new Dual Aperture lens that powers a super low light camera like no other smartphone, Super Slow-mo video capabilities at 960 fps and personalized AR Emoji that ensure users do not miss a moment and make their everyday epic.

“Galaxy S9 and S9+ are smartphones in a class entirely of their own. With the camera reimagined, now consumers can shoot photos and videos like they can’t with any other smartphone. With cool features like Super Slow-mo and AR Emoji, consumers can express themselves in a way that’s unique and personal to them. Through our partnership with leading operators, Galaxy S9 and S9+ consumers can experience data speeds like never before for faster downloads and uninterrupted streaming. We have also reimagined how you can own these devices with retail and operator partnerships. With this launch, Samsung will further consolidate its leadership in the flagship smartphone segment in India,” said Mr. Asim Warsi, Senior Vice President, Mobile Business, Samsung India.

Today’s cameras are for more than just clicking pictures – they are for connecting and communicating. Consumers want a smartphone camera with state-of-the-art technology, so they can express themselves with high-quality images and tools to tell their own, unique story. Galaxy S9 and S9+ cameras are built with these consumers in mind, equipped with a Super Speed Dual Pixel sensor with processing power and memory to take amazing shots with high photo quality. 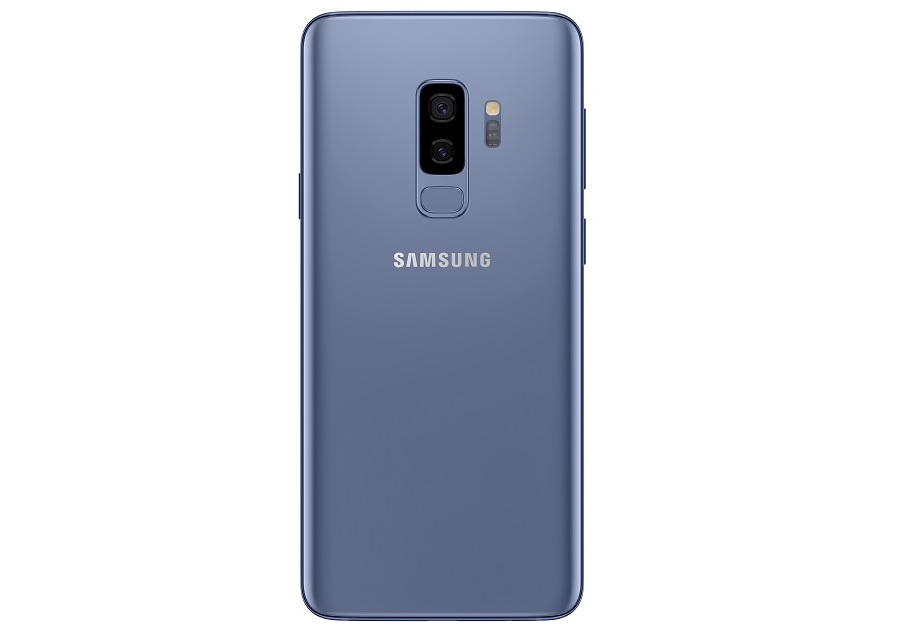 Smartphones are often our go-to choice for entertainment, which is why Samsung has created a device that offers an immersive visual and audio experience.

With dual stereo speakers tuned by AKG, consumers can enjoy crisp and clear sound – whether they are watching their favorite movie or streaming their favorite artist’s latest album. The addition of Dolby Atmos® delivers rich and vibrant surround sound giving a theater-like audio experience.

Samsung has reimagined Galaxy S9 and S9+ for India and is introducing first of its kind features on the smartphones:

For Galaxy S9 and S9+, Samsung has partnered with Reliance Jio and Bharti Airtel to bring LTE Carrier Aggregation where spectrum across different bands merge into one single pipe, giving users higher bandwidth, faster streaming and quicker downloads making them the fastest smartphones on 4G networks in India. Galaxy S9 and S9+ can stream data at approx. 250 Mbps, which is 2.5 times faster than the average smartphone connected to the same network.

Samsung’s flagship mobile payments service, Samsung Pay has been a big success in India since it was launched last year and has revolutionized the way India pays. Simple and Secure, Samsung Pay can be used to make purchases almost everywhere you can swipe or tap your debit or credit card to make payments. There are new partnerships with more banks, UPI payments, a Gift Card Store and the option to pay bills seamlessly.

Now, using Samsung Pay in India will be even more rewarding with Samsung Rewards, a new loyalty program. Samsung Pay users will be able to accumulate reward points when they spend across payment modes such as Cards, government’s UPI, digital wallets such as Paytm and Mobikwik and make bill payments. Samsung Reward points can be redeemed for attractive benefits such as movie tickets, shopping or F&B vouchers. They can also be used to get discounts on Samsung products.

The Best Comes Standard with the Galaxy Foundation

Samsung sets the gold standard for smartphones with IP68 water and dust resistance and fast wireless charging and goes a step beyond with Galaxy S9 and S9+. The devices now support expandable memory of up to 400GB with a Micro SD Card and are equipped with the latest premium application processors offering powerful performance and sophisticated image processing.

In addition, Galaxy S9 and S9+ give users peace of mind knowing that their phone is protected by Knox 3.1, Samsung’s latest defense-grade security platform. Galaxy S9 and S9+ support three different biometric authentication options – iris, fingerprint, and facial recognition – so users can choose the way they want to protect their device and applications. The devices introduce Intelligent Scan, a new verification that intelligently uses the collective strength of iris scanning and facial recognition technology to quickly and conveniently unlock a user’s phone in various situations. Galaxy S9 and S9+ also introduce Dedicated Fingerprint, giving users the option to use a different fingerprint to access Secure Folder than the one used to unlock the phone.

Device that Fits a Connected Lifestyle

For those constantly on the move, the next-generation Samsung DeX Pad empowers a mobile lifestyle by enabling a full-screen desktop experience using the Galaxy S9 and S9+. Users can easily connect Galaxy S9 and S9+ to a larger monitor, keyboard and mouse to expand the mobile experience with enhanced document editing capability and full screen entertainment. While connected to the Dex Pad, the Galaxy S9 or S9+ can also be used as a touchpad to navigate the rich desktop-like experience of Galaxy Desktop on your connected external monitor.

The smartphones will be available in India starting March 16, 2018, the same day as the Global Launch, in three distinctive colours—Midnight Black, Coral Blue and a new hue, Lilac Purple. They will be available at select retail stores and online exclusively on Samsung’s official online store Samsung Shop and Flipkart.

The 256GB variant of Galaxy S9+ will be sold exclusively at Reliance Digital stores, Samsung exclusive stores and on Samsung Shop.

Samsung has reimagined how users can own Galaxy S9 and S9+ with a range of partnerships delivering immense consumer value.

Users can get a cashback of INR 6,000 when they purchase the device by scanning the Paytm Mall QR code at select retail stores.

They can alternatively get a cashback of INR 6,000 if Galaxy S9 and S9+ are purchased using ‘No Cost EMI’ on HDFC Bank debit and credit cards. They will also be eligible for the cashback when making a full payment using HDFC Credit Cards or by paying through HDFC CD Loan.

Under the Samsung Upgrade program, loyal Samsung Galaxy users will be eligible to get additional INR 6,000 bonus over the regular exchange price when they upgrade to Galaxy S9 or Galaxy S9+.

Galaxy S9 and S9+ users on Jio get an exclusive offer of 1 Terabyte of high speed 4G data with unlimited voice & SMS for one year worth INR 15,000 at only INR 4,999. The users can now enjoy uninterrupted digital services without any daily data usage limit. Additionally, users are entitled to complimentary Jio Prime Membership as a part of this offer.

Galaxy S9 & S9+ users, who are new or existing customers of Vodafone, will get free subscription to Netflix for a year on Vodafone Red plans starting INR 999 till April 30, 2018. Also, prepaid users who recharge with INR 199 get unlimited voice and 1.4GB/day and an additional 10GB free data every month for their next 10 recharges.