Samsung is Partnering India to Fulfill its Promise of ‘Make in India’ and ‘Make for India’: DJ Koh 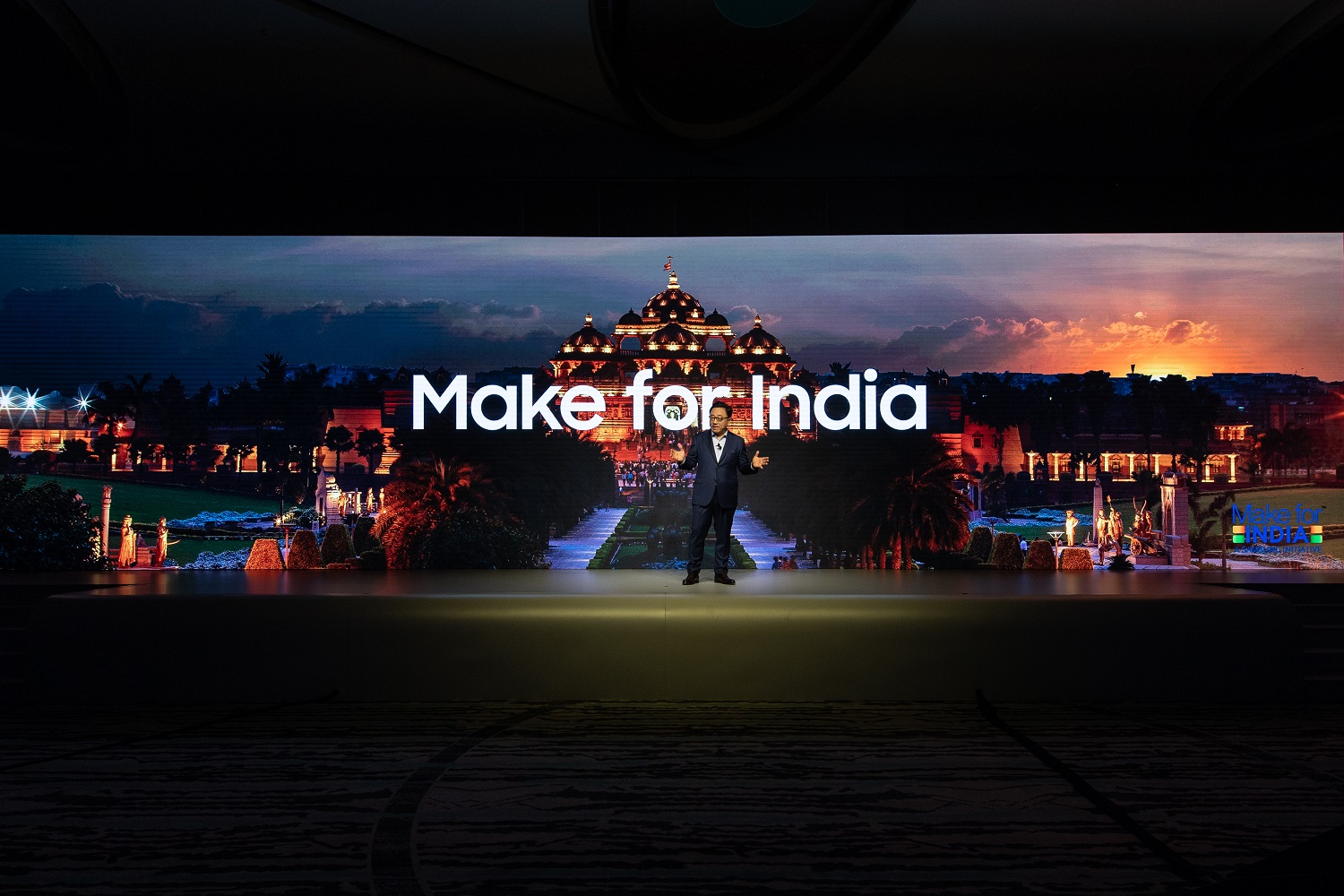 Mr. Koh, who is visiting India for his second successive flagship launch after the Galaxy Note9 in August, said he was really excited to be back in India, among millions of Samsung fans. He was addressing a packed audience comprising media, partners and Samsung fans, at the event which was also live-streamed around the world.

“Nowhere is this more apparent than right here in India, where we have invested heavily. We are the only device maker that is truly ‘Made in India’. We have been making phones here locally since 2007 at the World’s Largest Mobile Factory in Noida. And India is home to our Largest Experience Store, which we opened in September 2018 – in Bengaluru,” he said.

Samsung is partnering India to fulfill its promise of ‘Make in India’ and ‘Make for India’, Mr. Koh said. With the inauguration of the Noida factory, the World’s Largest Mobile Factory, Samsung has set its eyes to ‘Make for the World’.

“In India, we are excited by the opportunities, as more and more consumers are embracing the age of digital transformation,” he said.

Samsung is focused on consumers, and is the only global company in India that caters to smartphone needs of consumers across the spectrum. In India, Samsung manufactures basic feature phones, as well as next generation smartphones such as the Galaxy S10.

“We know that a one-size-fits-all approach is no longer enough. Millennial and Gen Z consumers want choice,” said Mr Koh.

In the premium category, Samsung has seen tremendous success in the country, with the Galaxy. Galaxy Note9, launched last year, is doing extremely well. “We have captured more than half of the market share in the premium segment! So, thank you!” he said.

Last year, Mr. Koh had promised that Samsung will bring its latest innovations across its range. True to his promise, Samsung has dazzled Indian consumers with great devices in the last six months.

“Indian consumers have quickly adopted Samsung Galaxy A7 and Galaxy A9. They love the world-first innovations in the A Series. Like an impressive triple and quad cameras and captivating display that lets them explore, snap and share experiences on their terms,” he said, at the launch of Galaxy S10.

Indian consumers are not only the first to embrace new technologies, they are also the first to receive them. In January, India was the first market to get the powerful new Galaxy M series.

“Designed specifically for tech savvy millennials, our India-first Galaxy M series has had a great positive response from consumers. By listening and responding to your feedback we are creating meaningful innovation that meets the needs of the market,” Mr Koh said.

This is the tenth year of the Galaxy S series, which has stood for premium innovation – offering consumers an incredible experience, and the ability to find the device that’s right for them.

Mr Koh said Samsung’s vision is to be the innovator of new mobile experiences that flow with us seamlessly and continuously. “By harnessing the power of 5G and AI we will pioneer a new generation of immersive, personal and intelligent experiences. Experiences that reach across every device, platform and brand.”