Samsung Launches Galaxy S22 Series in India, the Epic Standard of Smartphones with the Most Premium S Series Experience Yet 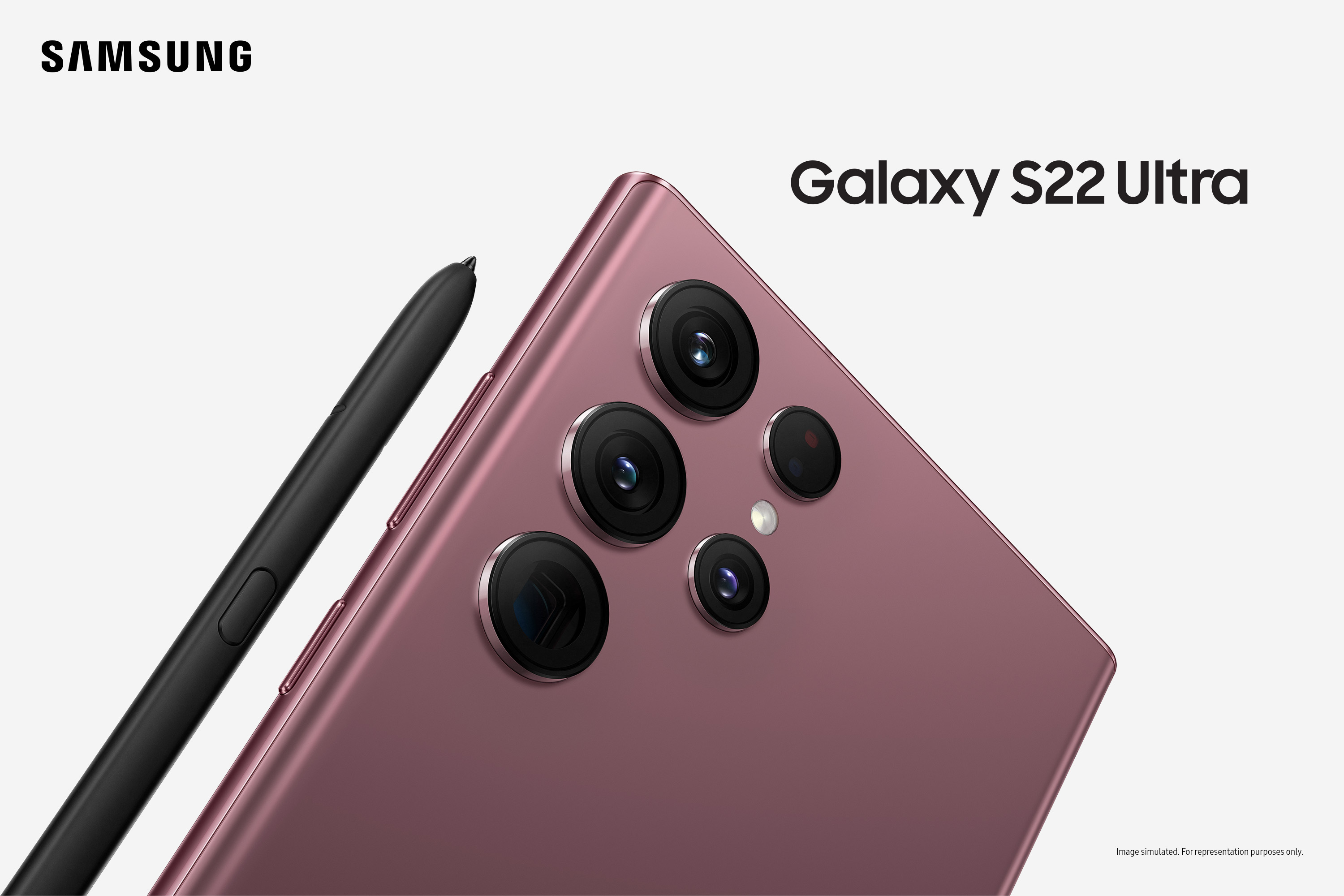 Samsung, India’s most trusted smartphone brand, today unveiled its most premium flagships – Galaxy S22 Ultra, Galaxy S22+ and Galaxy S22 – in India. Galaxy S22 Ultra combines the unrivalled power of the Note series and the iconic S-Pen with the pro-grade camera and performance of the S series to set the new standard for premium smartphones. Built with a bold, sustainably conscious design, Galaxy S22 and S22+ have dynamic cameras with advanced intelligent image processing to make every moment epic.

“With the launch of the Galaxy S22 series, we are rewriting the rules of innovation and pushing the limits of what a smartphone can do. For the first time, the Galaxy S22 Ultra will bring together the best of the Galaxy Note & S Series. Galaxy S22 Ultra comes with a built-in S Pen, advanced Nightography capabilities, and battery life that lasts over a day, making it our most powerful Ultra device yet. The Galaxy S22 Series is designed for creating content, advanced video capturing, editing and sharing capabilities that will truly make your everyday epic,” said Aditya Babbar, Senior Director and Head of Product Marketing, Samsung India. 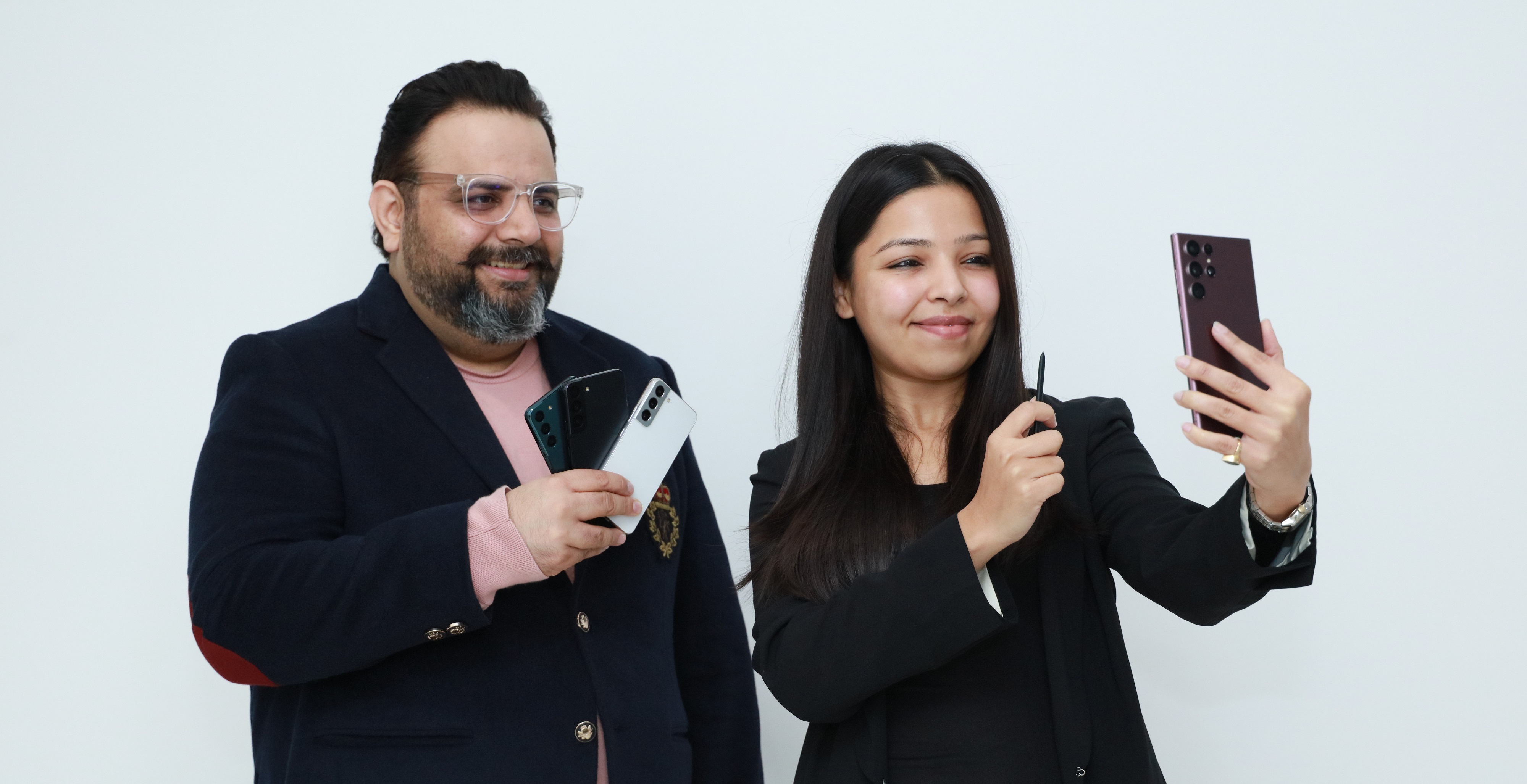 The built-in S Pen in Galaxy S22 Ultra is the fastest, most responsive S Pen we have ever made. With 70% lower latency, you can write and draw more naturally on your S22 Ultra’s expansive screen, and explore apps in new ways. With the S Pen, the S22 Ultra embraces the legacy of the Note while opening up new ways to be creative and get things done. The result is a mobile experience unlike any before.

Galaxy S22 Ultra lets you capture footage that is instantly post-worthy – in any lighting conditions. Galaxy S22 Ultra is built with a 2.4um pixel sensor – Samsung’s largest pixel sensor ever, so you can shoot great photos and videos. The S22 Ultra’s advanced Super Clear Glass lens helps you take smoother and clearer night time videos without flares. With the video Auto Framing, your camera always captures exactly who you want, whether that’s one person or ten. Galaxy S22 Ultra comes with quadruple-lens camera with 100X Space Zoom and powerful dual-tele lens making it Samsung’s most powerful camera. 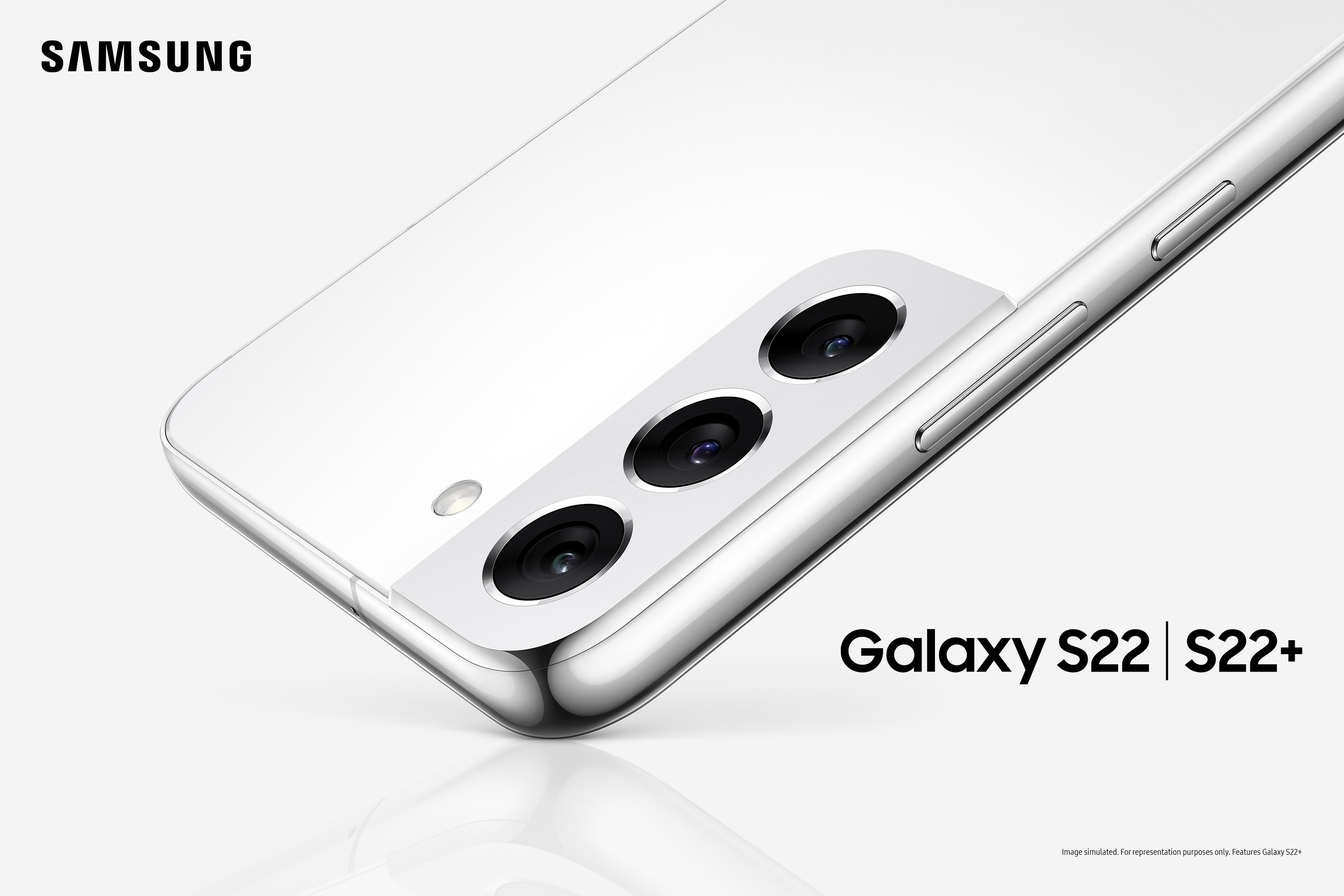 The Nightography feature in Galaxy S22 Ultra, S22+ and S22 brings new camera enhancements that let you snap crisp, clear videos on both the front and back cameras, whether you are recording during the day or night. Galaxy S22 and S22+ have 23% larger sensor than S21 and S21+ and come with Adaptive Pixel technology, helping the camera let in more light, draw out details, and capture colours that make your content pop, even in the dark. Both Galaxy S22 and S22+ are built with a powerful 50MP main camera, 10MP telephoto-lens with 30X Space zoom, and 12MP ultra-wide lens, so you always get high quality shots at the click of a button. All three devices also come with advanced VDIS technology which minimizes vibrations, so you get smooth, sharp footage even when you’re on the move.

Galaxy S22 Ultra, S22+ and S22 are packed with new AI supported features like Portrait mode & Auto Framing, which can make all photos & videos look professional. All three smartphones – Galaxy S22 Ultra, S22+ and S22 – come with Expert RAW app to deliver a DSLR-like experience. With the ability to save photos in RAW format up to 16bit, you can take more control over your edits with more of your images’ data. And just like a DSLR camera, you can brighten or darken your photos with ISO settings and shutter speed, adjust white balance to make your photo more warm or cool, and manually focus on your desired subject to get your images looking exactly the way you want.

Galaxy S22 Series comes with the latest 4nm Snapdragon® 8 Gen 1 Mobile Platform in India which powers Samsung’s most advanced AI and ML processing. It also features Wi-Fi 6E, up to twice as fast as Wi-Fi 6 so that you can enjoy unrivaled performance on all your most-used apps, whether you’re gaming, streaming, or working. All that power runs on Galaxy S22 Ultra’s powerful battery, which gives you more than a full day of use in a single full charge. S22 Ultra also supports 45W super-fast charging, so you can record more than 50 minutes of video – after a 10-minute charge. 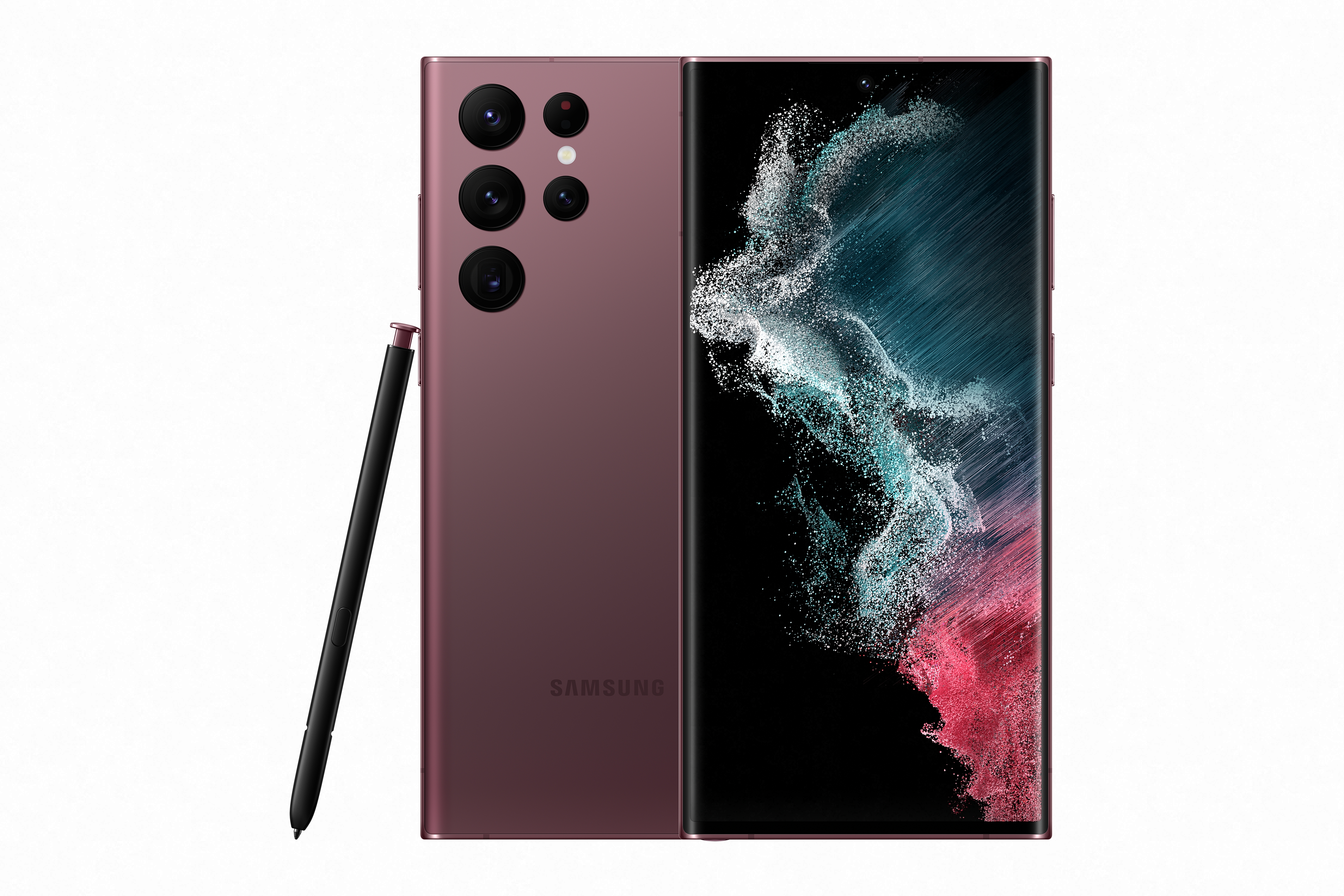 Galaxy S22 Ultra, S22+ and S22 are equipped with Vision Booster technology that enables their screen to intelligently adjust brightness throughout the day, making sure you get the best possible view of your content even in bright sunlight.

Design to Perfection and Built to Last

The Galaxy S22 Series presents Samsung’s most durable mobile devices yet. Galaxy S22 and S22+ are the first S series models made with Armor Aluminum – our strongest aluminum frame, so you can take your phone anywhere with peace of mind. The Galaxy S22 series is also the first smartphone to feature new Corning® Gorilla® Glass Victus®+. The S22 series devices are equipped with this tough glass on the front and back, so you can worry less about accidental drops.

As part of our commitment to giving users the best possible mobile performance and experience, the entire Galaxy S22 series will be supported by up to four generations of Android OS upgrades. Now millions of Galaxy users can take advantage of the latest security, productivity and other exciting new features, for longer. Samsung will scale this effort across our product line-up to ensure you’re fully supported across your Galaxy ecosystem. 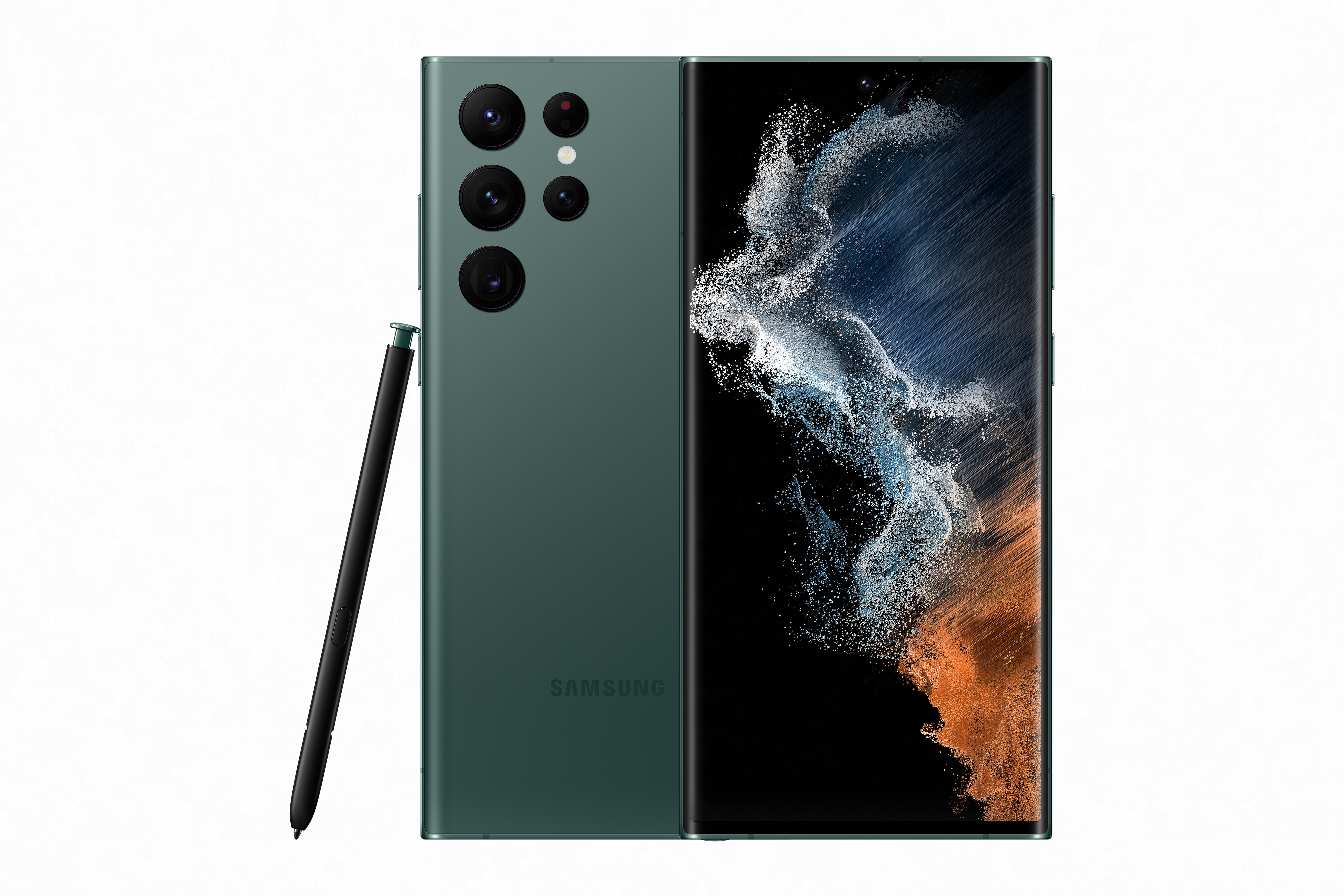 Security You Can Trust

The Galaxy S22 series is secured by Samsung’s powerful Knox Vault security platform, which includes a secure processor and memory that completely isolates sensitive data like your passwords, biometrics or Block chain keys from the phone’s main operating system. One UI’s privacy dashboard and Indicator make it easy to see which apps are accessing your data and camera, so you can decide whether to grant or deny permission to each app. The Galaxy S22 series also introduces several new security features, including the ARM micro architecture, which helps prevent cyber-attacks that target your operating system and memory. Plus, the Galaxy S22 series brings you Samsung Wallet – a seamless, convenient and secure experience to make everyday life easier. Samsung Wallet combines digital payment, ID, keys and asset management into one tool to simplify your routines, from showing your student ID to compiling travel documents before a flight.

The Galaxy S22 series revolutionizes smartphone design by prioritizing eco-conscious innovation. The Galaxy S22 series’ key bracket and the inner cover of the S Pen are made from materials containing 20% recycled discarded fishing nets while the packaging is made more sustainable by usage of 100% recycled paper and a protective film that uses recycled plastic. Galaxy S22 Ultra comes in three nature-inspired colour options including Phantom Black, Phantom White, and Burgundy. Galaxy S22 and S22+ are available in Phantom Black, Phantom White, and Green. 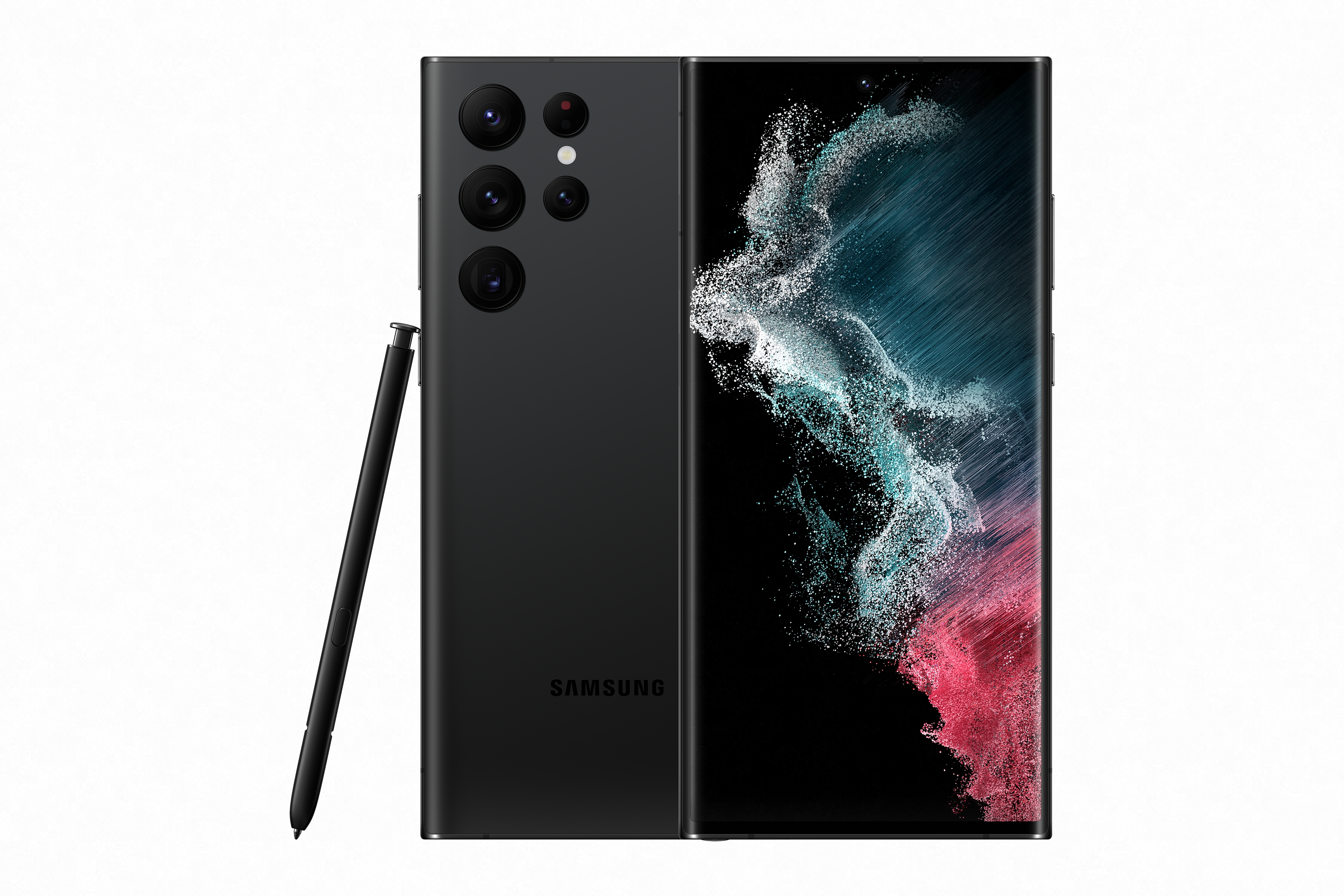