Samsung Electronics today announced the opening of the world’s largest mobile experience centre in Bengaluru, India’s tech capital. The iconic Opera House on Brigade Road, which will be home to the Company’s largest mobile experience centre, has been renovated and restored to a magnificent piece of architecture. Samsung Opera House will bring together technology, lifestyle and innovation to offer people unique experiences. 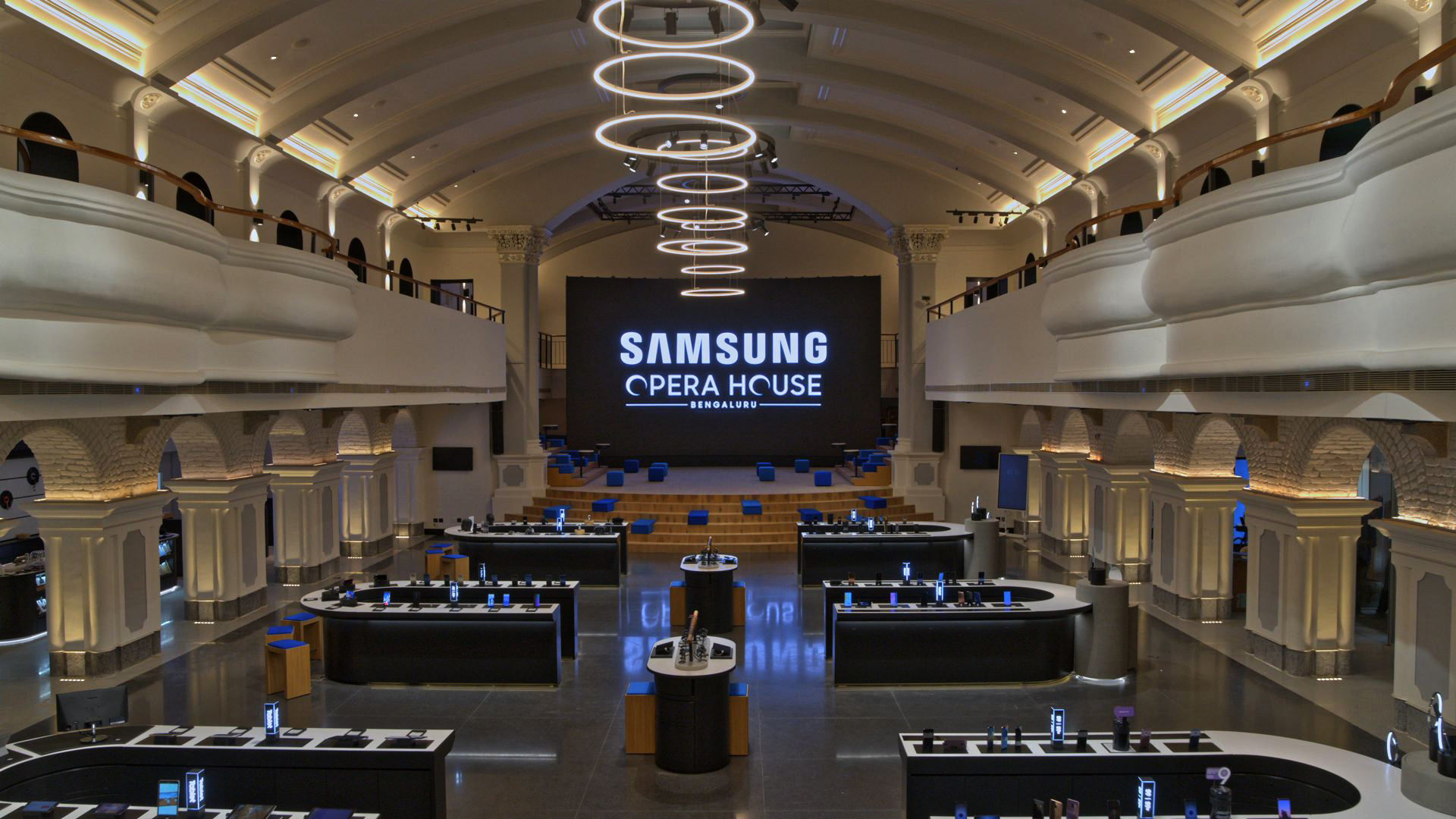 In a first of its kind in the country, Samsung Opera House will showcase differentiated product experiences, built around Samsung’s philosophy of #DiscoverTomorrowToday. These experiences revolve around transformative technologies such as Virtual Reality (VR), Artificial Intelligence (AI) and Internet of Things (IoT), which Samsung is pioneering globally.

Samsung Opera House will be a must-do destination for the city’s millennials looking for exciting tech-enabled experiences and entertainment. One will be able to enjoy VR experiences such as the 4D Sway Chair or the Whiplash Pulsar 4D chair that makes 360 degrees three-dimensional movements. One can slip into the role of a fighter pilot doing extreme aircraft stunts, or experience a space battle, or a roller coaster ride. 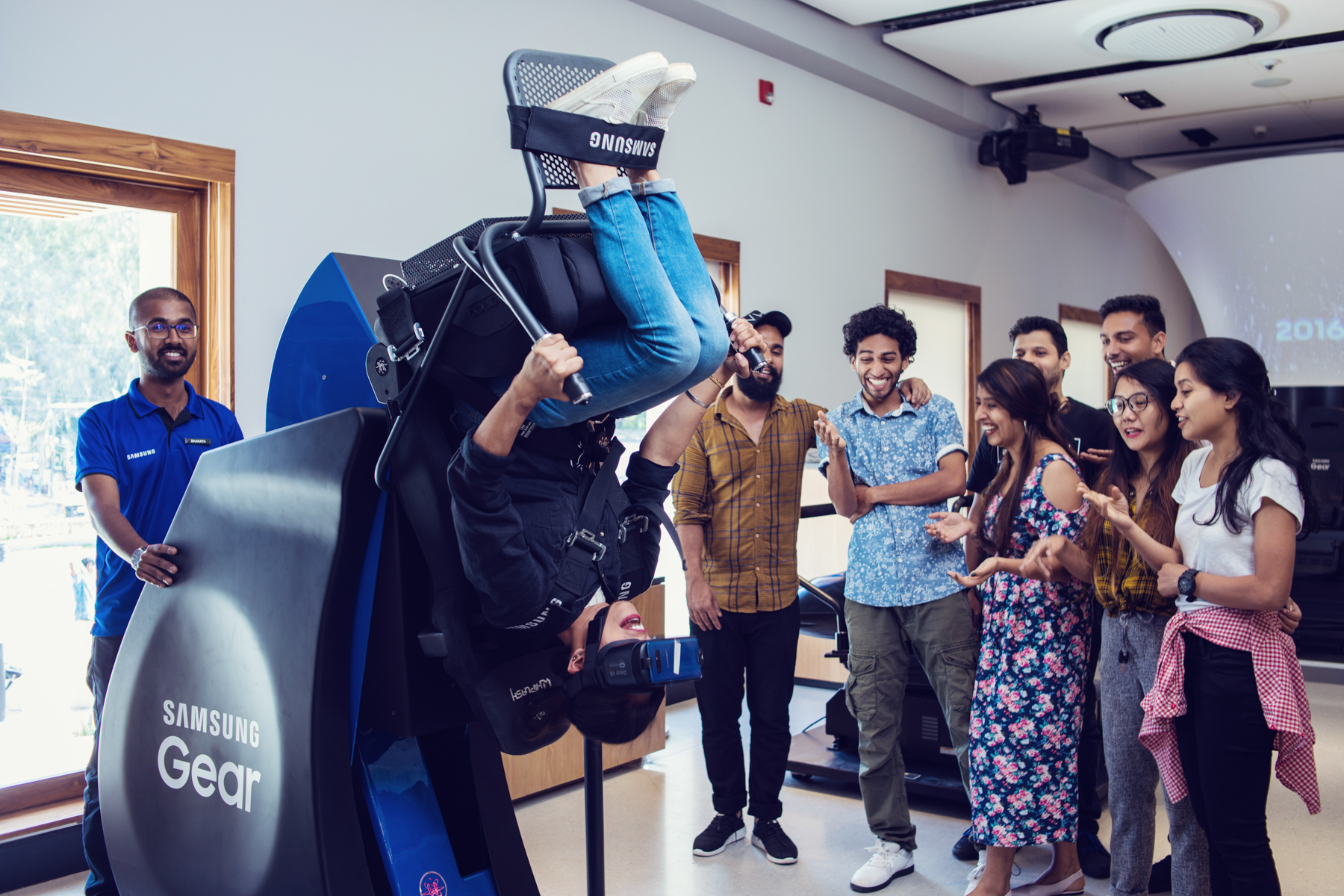 For those who enjoy the thrills of kayaking or rowing, a not-to-be-missed VR experience is awaiting them. Fitness enthusiasts can cycle through scenic Europe, racing alongside a friend.

Consumers can also pre-book the Centre’s home theatre zone for watching movies and shows with their families.

“Today’s consumers, especially millennials, seek unique experiences. They want to interact with the brand, touch, feel and create. This is what Samsung Opera House is about. We have curated never seen before experiences that will excite people of all age groups alike. Opera House will also organize workshops, activities and events, bringing together Samsung’s innovations with people’s passions. We are proud of the transformation that this place has seen,” Mr. HC Hong, President & CEO, Samsung SouthWest Asia, said.

Samsung Opera House is aimed at becoming the innovations, lifestyle, entertainment and culture hub of Bengaluru with events being organized around fitness, photography, gaming, music, movies, food, stand-up comedy, technology and startups at the sprawling plaza area, round the year.

A recent survey in the city commissioned by Samsung, showed that a majority of residents of Bengaluru (81%) said they have had at least one ‘game changer’ idea, which could transform India’s work or leisure life, but one out of three does not know of a place in the city where they can network with like-minded people and mentors, and nurture their ideas.

The largest mobile experience centre in the world has been opened in India less than two months after Samsung inaugurated the world’s largest mobile factory in Noida in July this year, reinforcing the Company’s commitment to India. 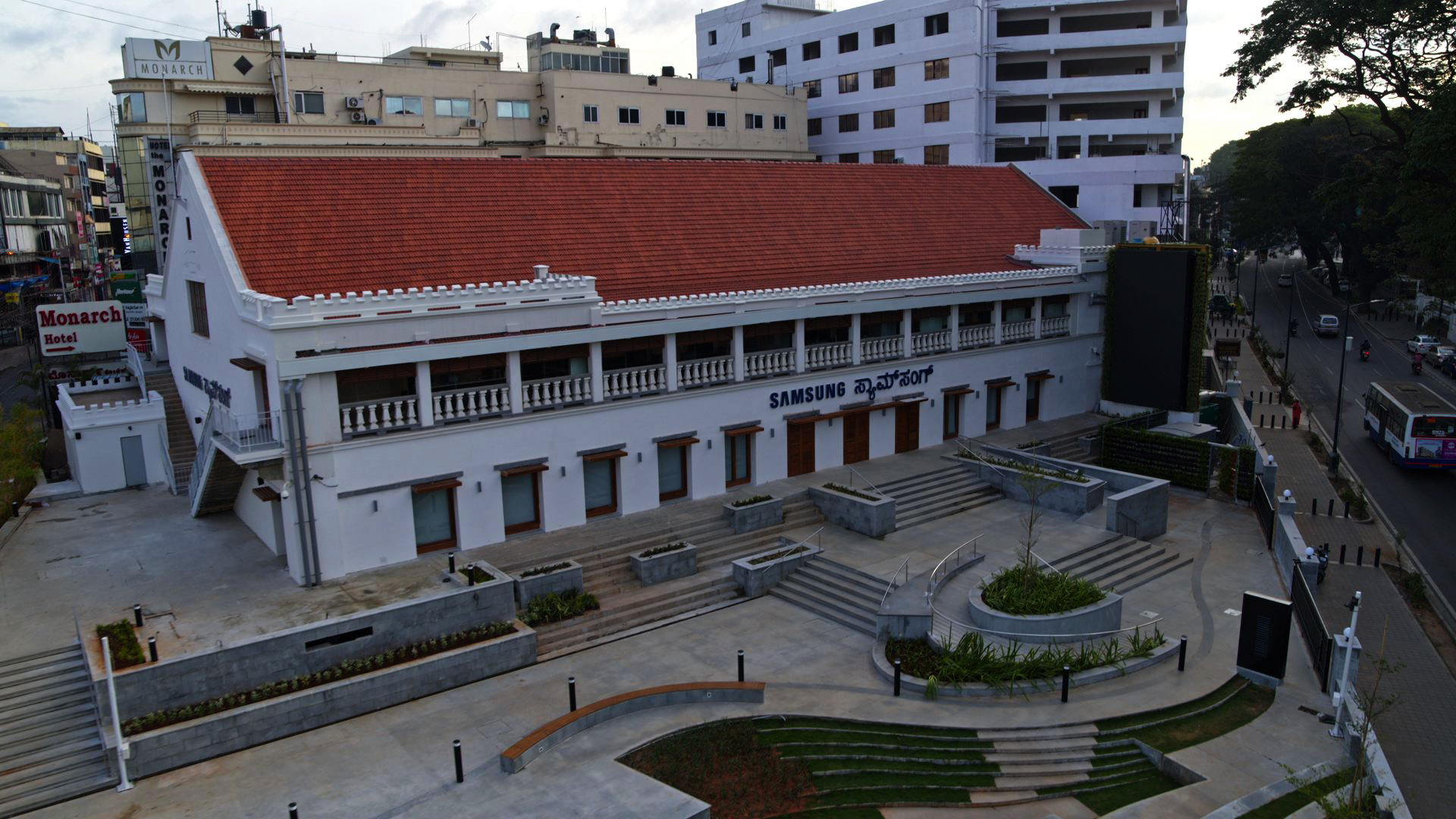 The 33,000 sq ft standalone property, which during the British era hosted plays and Operas, has been restored over two years and its facade continues to don its magnificent original look and feel. On the inside, a modern experiential space has been developed with extensive use of modern technology.

Samsung will showcase its full lineup of smartphones and wearable devices at the experience centre alongside flagship consumer electronics products such as the QLED TV, Smart TVs, The Frame, and Family Hub Refrigerators. The Home Appliance zone will have a kitchen set up where a chef will provide live cooking demonstrations using Samsung smart ovens.

Samsung will have the biggest ever display of accessories, including cases, covers and power banks, on a 24-feet wall at its largest mobile experience centre in the world. Here, consumers will be offered unique customization options for accessories such as installation of military strength skins for screen protection and 360 degree body protection. They can also get laser engraving done of any design or content on the mobile covers they choose from. There will also be a range of Harman Kardon, JBL and Samsung audio products to choose from.

Samsung Opera House will also have a fully functional customer service center and is equipped with high-speed public wi-fi.

Samsung is committed to innovating today with its technology to create a better tomorrow based on a deep understanding of what people need and want. Last year the Company spent over USD15 billion on R&D globally and is working on next-gen technologies such as IoT, AI and 5G to help improve people’s lives.

In India, Samsung has two manufacturing facilities, five R&D centres and one design centre. Samsung’s first R&D centre was set up in 1996 in Bengaluru. Today Samsung R&D Institute, Bengaluru (SRI-B) is the Company’s biggest R&D centre in the world, outside Korea. SRI-B has been contributing to global products as well as local innovations under Samsung’s ‘Make for India’ initiative.

Samsung has the largest retail and distribution network in the country with over 180,000 retail partners and 2,100 Samsung brand stores spread across the country.