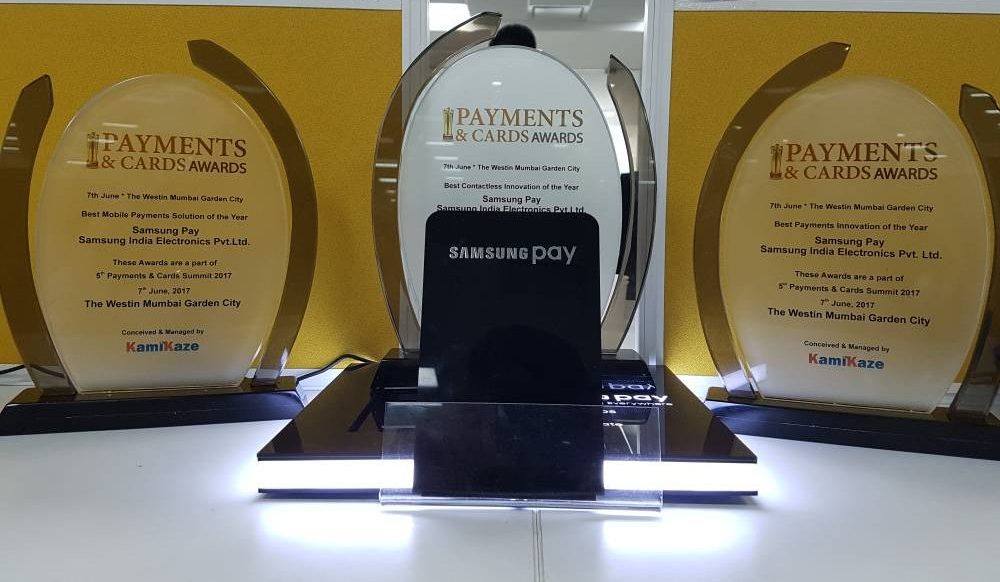 Samsung Pay, Samsung Electronics’ flagship mobile payments service, may be the new kid on the block in India, but it has already wowed both consumers and industry with its revolutionary technology.

Payments & Cards Summit is a comprehensive platform providing a unique venue point to discuss the current situation, future trends and innovations in payments, cards and mobile markets. The Summit is about who innovates first, market share and making a profit in this competitive industry. 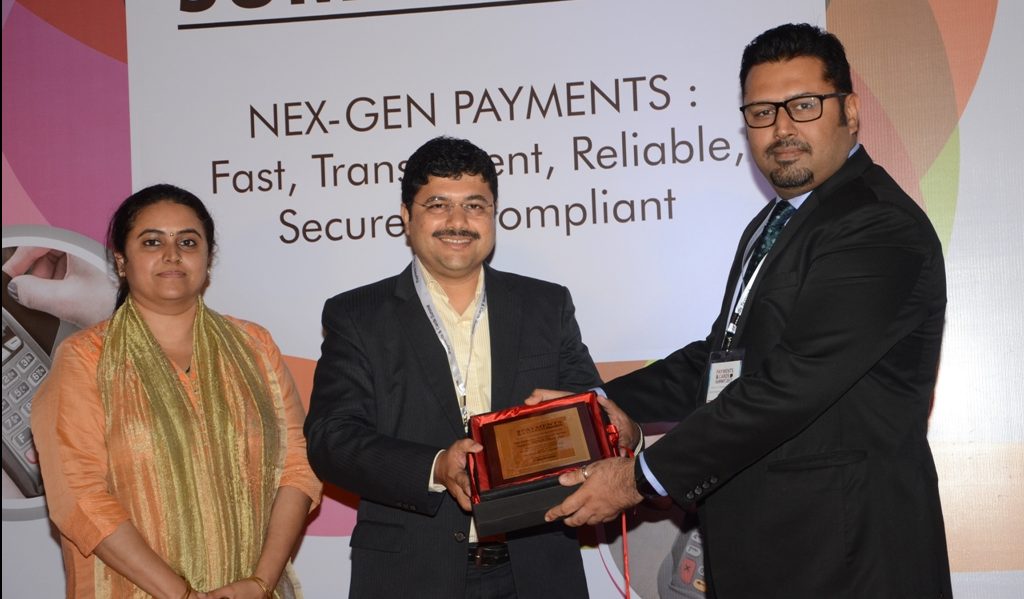 The awards are a testimony to Samsung Pay’s rising popularity in the country. Samsung Pay, launched in India in March this year, is already witnessing huge interest among consumers.

Many consumers have instantly fallen in love with the Simple, Secure & Everywhere proposition of Samsung Pay. The payments system has seen nearly 50% adoption in Samsung’s recently-launched flagships Galaxy S8 and Galaxy S8+.

Last week, Samsung announced that Samsung Pay will also be available on the newly launched Samsung Galaxy J7 Pro smartphone. The availability of Samsung Pay on some Galaxy J mid-segment smartphones will boost Digital India, a Government initiative that Samsung is deeply committed to.

Samsung’s ‘Make for India’ philosophy is clearly evident in Samsung Pay, which has been designed to integrate mobile wallets such as Paytm and the government-backed Unified Payments Interface (UPI). The addition of these local payments solutions increases the reach and appeal of Samsung Pay in India.

Samsung Pay works with Samsung’s patented Magnetic Secure Transmission (MST) technology as well as with Near Field Communication (NFC). Since a majority of PoS (Point of Sale) terminals in India are MST enabled, they will work seamlessly with Samsung Pay.

Samsung Pay comes with Knox, Samsung’s defence-grade security system that is designed to keep consumers’ transactions safe. Samsung Pay tokenises all payment data and encapsulates them in the secure environment of Samsung Knox to ensure all digital transactions are completely safe and secure.

To launch Samsung Pay, consumers have to just swipe up on their compatible Galaxy smartphone, select the card, authenticate using a fingerprint and bring the phone close to a regular card reader. It’s as simple as that.