Samsung Research & Development Institute – Bangalore (SRI-B) said good bye to plastic water bottles through the ‘Environment Month’ that it celebrated in June. The theme of the month was ‘Beat Plastic Pollution’.

During this month, SRI-B ran a month-long campaign to reduce bottled water consumption and create awareness about recycling products.

One of the activities conducted during the Environment Month was #BYOB, or Bring Your Own Bottle campaign, which aims to create a permanent change within the organization, which is Samsung’s largest R&D centre in the world, outside Korea. Employees were encouraged to become #BYOB champions by bringing in their own refillable bottles to reduce consumption of plastic bottles. 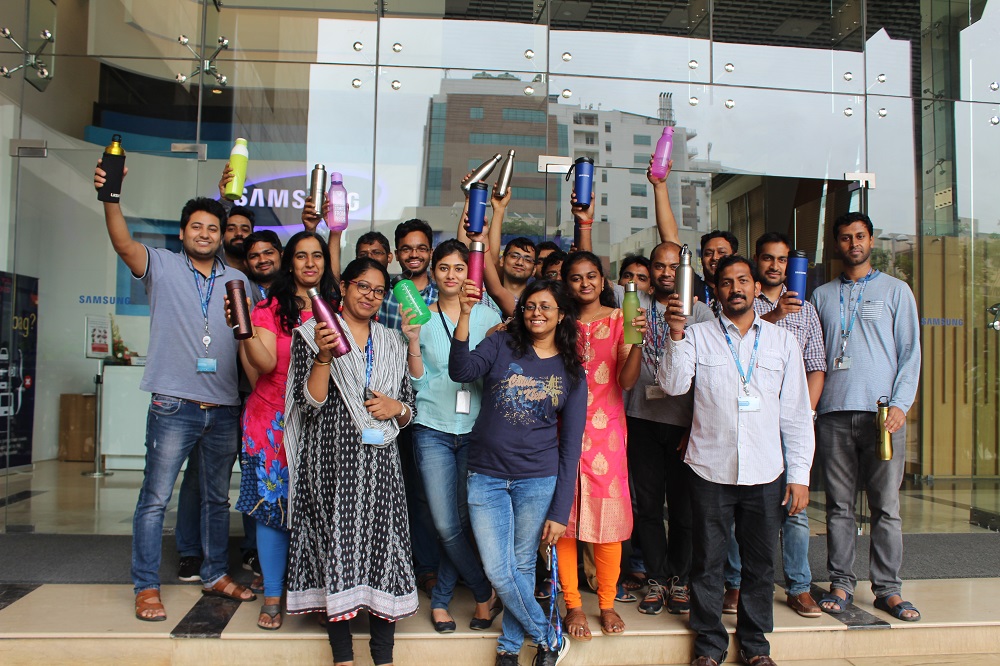 A sapling donation drive was also conducted as part of the campaign, where over 700 employees got the saplings, which they pledged to plant in their neighborhoods. Many enthusiastic employees waited in queues to collect their sapling and contribute to the environment. 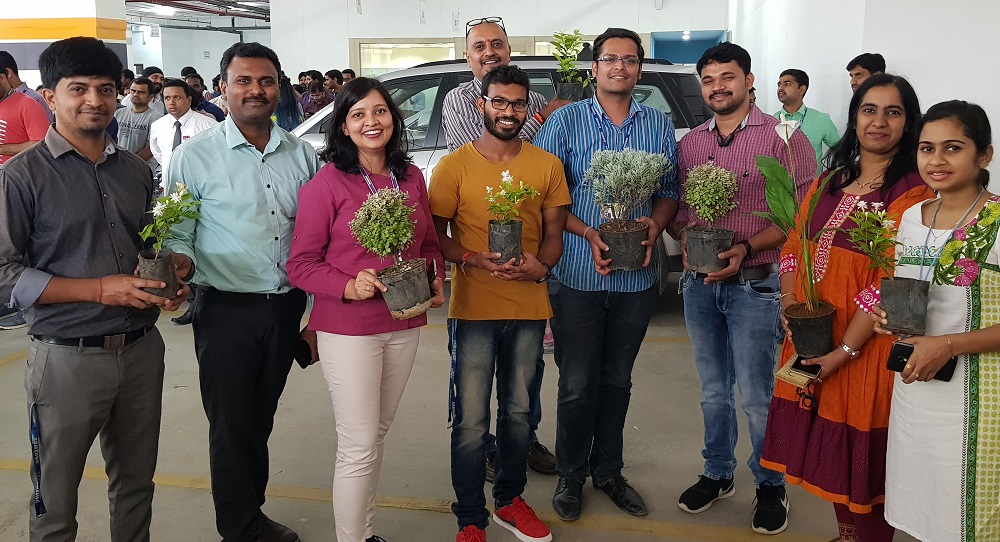 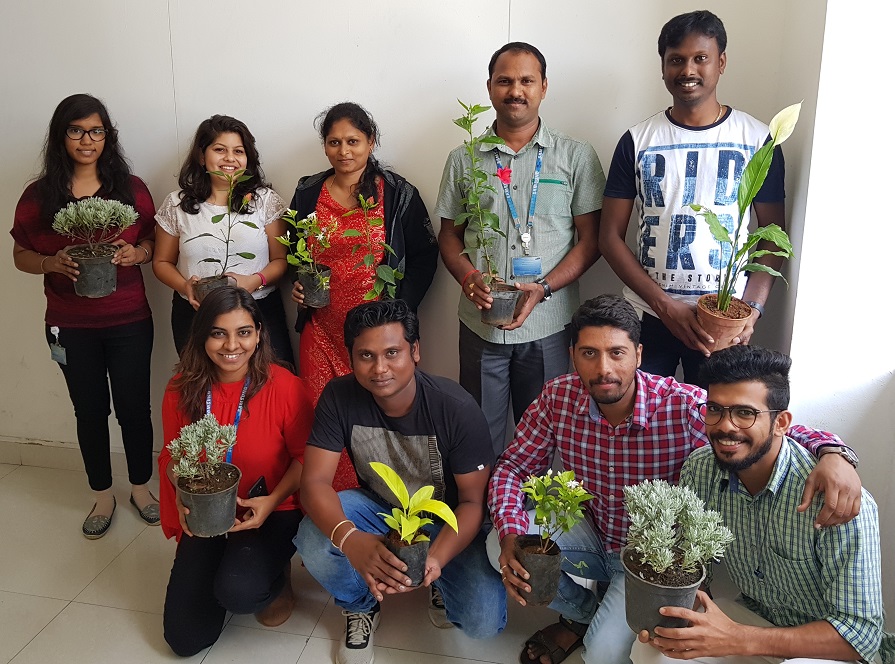 In order to encourage employees to recycle old products, a special Do It Yourself workshop was conducted by the DIY club where members were encouraged to bring in old used products like bottles, boxes, empty old jars and vases, so that they could be redecorated and reused using creative methods such as decoupage – where colored paper cutouts are glued to items in combination with special paint effects. 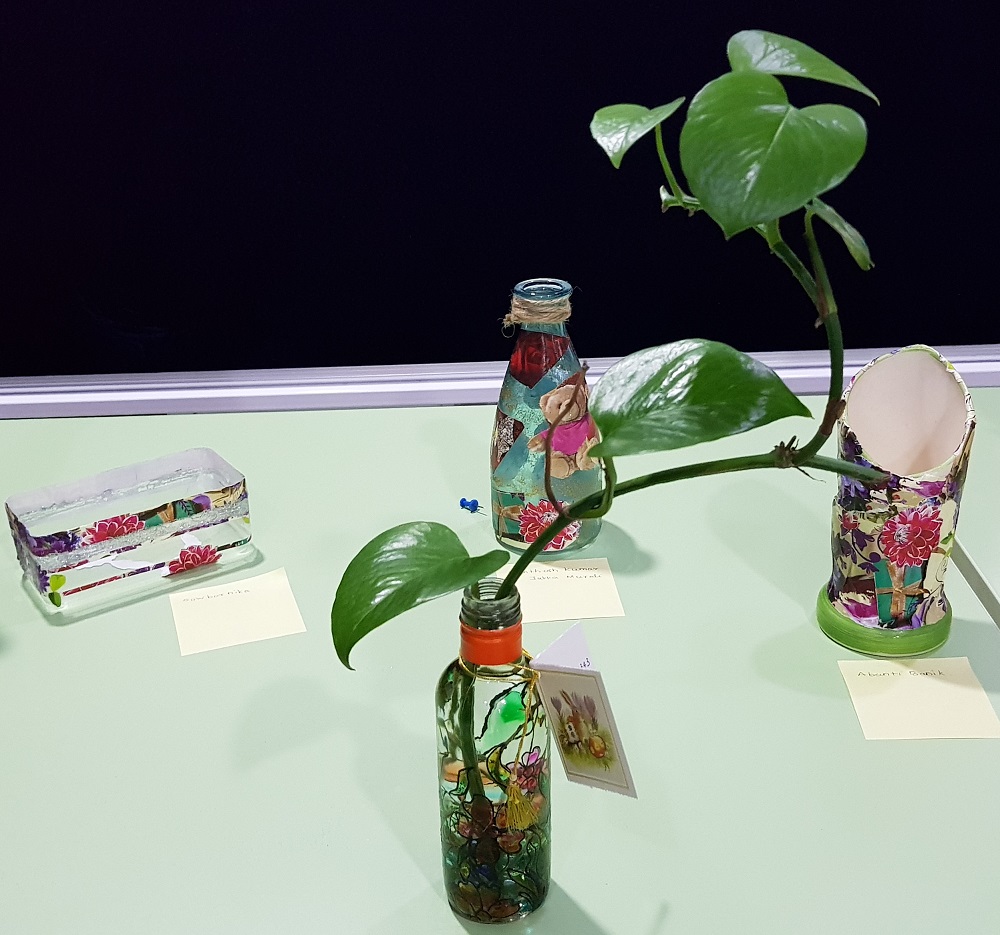 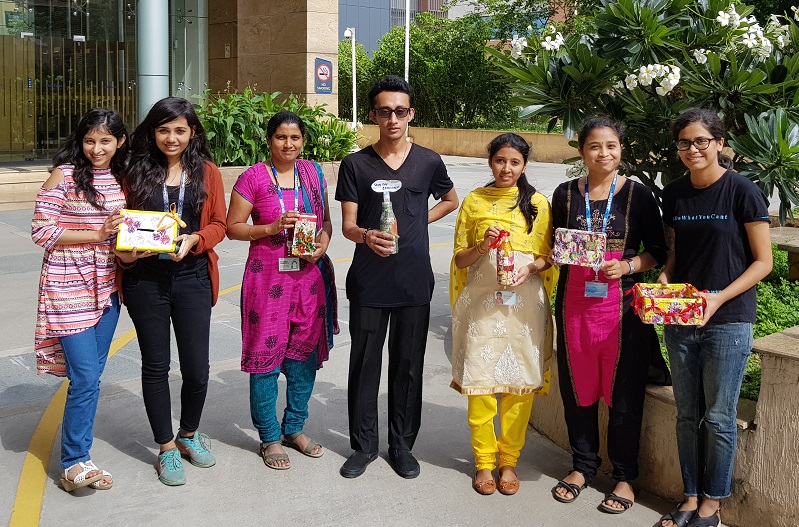 With a whole month of such activities to promote environment friendly practices, SRI-B is continuing on its path to create a positive and green difference.