It was a chilly January morning this year when Anirudth N’s life took an unexpected turn. His team from IIT Madras had won the inaugural edition of the Samsung E.D.G.E. campus program, turning them into overnight celebrities at the engineering college campus.

The win opened up opportunities for them, starting with summer internships for the trio. For Anirudth, who interned with the multimedia services team at the Samsung R&D Institute, Bangalore (SRI-B), this became his biggest opportunity yet. A research paper written by him along with his mentor at SRI-B has been accepted to the International Conference on Consumer Electronics, which is part of the prestigious Consumer Electronics Show (CES) in Las Vegas, scheduled for January 2018. 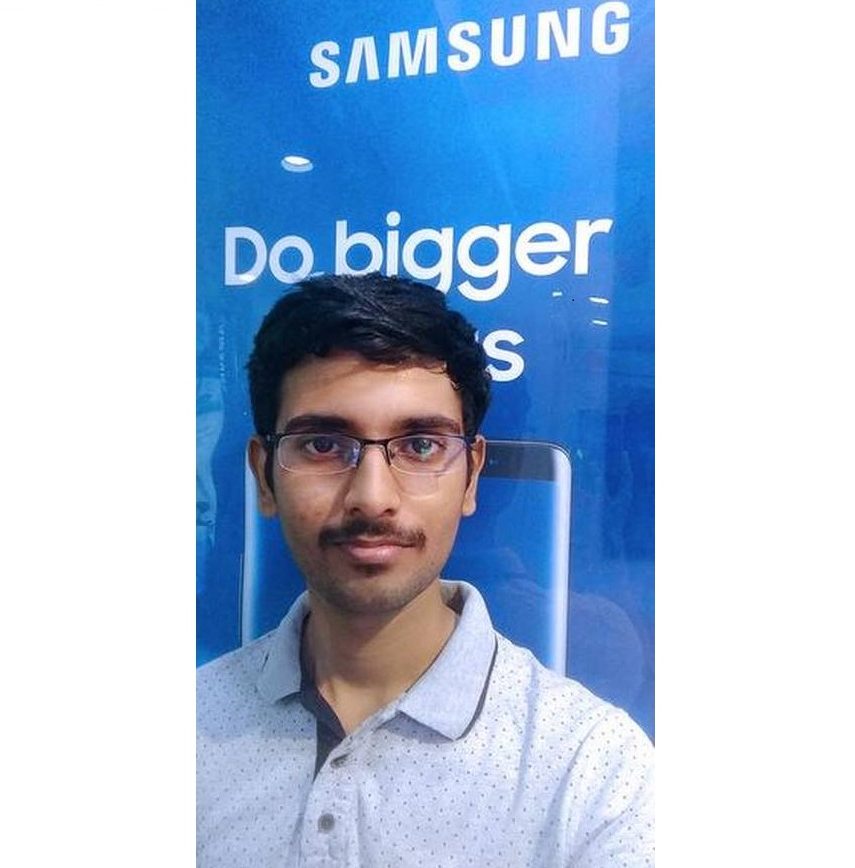 “Unlike other companies where interns are made to do run-of-the-mill work, interns at SRI-B are treated much like the employees. We got to work on a contemporary research problem, which the team would want to solve in the future. In this way, you get to learn something useful while helping the team do the basic ground work in the area,” said Anirudth who will be attending the global consumer electronics and consumer technology tradeshow in January next year.

The multimedia services team at SRI-B, with which Anirudth interned, designs Camera UI for Samsung smartphones, a team that had made significant contributions to the camera modules of Galaxy S7 and S8. The research paper written by the third-year student of electrical engineering at IIT Madras was related to image processing for dual camera systems and was co-authored by Mr Pawan Prasad, his mentor at SRI-B.

“Right from day one of the internship, I could feel the open-mindedness to approaching the problem at hand. This was facilitated by SRI-B’s work culture. Despite it being such a huge organization, I felt as if I worked at a startup,” he said. “Regular talks on tech and non-tech topics as well as one-on-one interviews with the MD kept the experience engaging.”

“Towards the end of the internship, a ‘Eureka’ moment occurred, with my project demonstrating astonishing results as well as the scope for being used in future Samsung flagships. I was appreciated by the senior members of the team for coming up with a good solution in just eight weeks. A research paper based on my work got accepted and it is a huge opportunity for me to be the face of IIT Madras and SRI-B on such an international scale,” said Anirudth.

Winning team from IIT Madras getting their prize from Mr. HC Hong (Second from Left), President and CEO of Samsung Southwest Asia

Two of the three team members of the winning team of Samsung E.D.G.E campus program in 2016, team ‘Monimakers’ from IIT Madras, worked with SRI-B while the third member worked with the Samsung Pay team at the Samsung India headquarters in Gurgaon.

You can read about the internship experience with the Samsung Pay team here: https://news.samsung.com/in/20-year-old-on-samsungs-23rd-floor-the-internship-experience-of-an-iitian

Samsung E.D.G.E. provides an opportunity to the country’s brightest students to exhibit their talents, exchange meaningful insights and get a head-start in their careers. Top talent from campuses across India come together for this program once a year to ideate and showcase their business acumen on a national stage.

After a successful inaugural edition in December 2016, the second season of the program also witnessed an overwhelming response from with 2,370 students (790 teams) from 19 leading campuses across the country participating in the program. The competition, spread over three months, invited participation of students from diverse program domains such as B Tech, MBA, Masters of Design and Masters of Social Work.

The second season of Samsung E.D.G.E. was also won by a team from IIT-Madras who impressed the jury and the audience with their idea around Samsung’s intelligent interface Bixby.