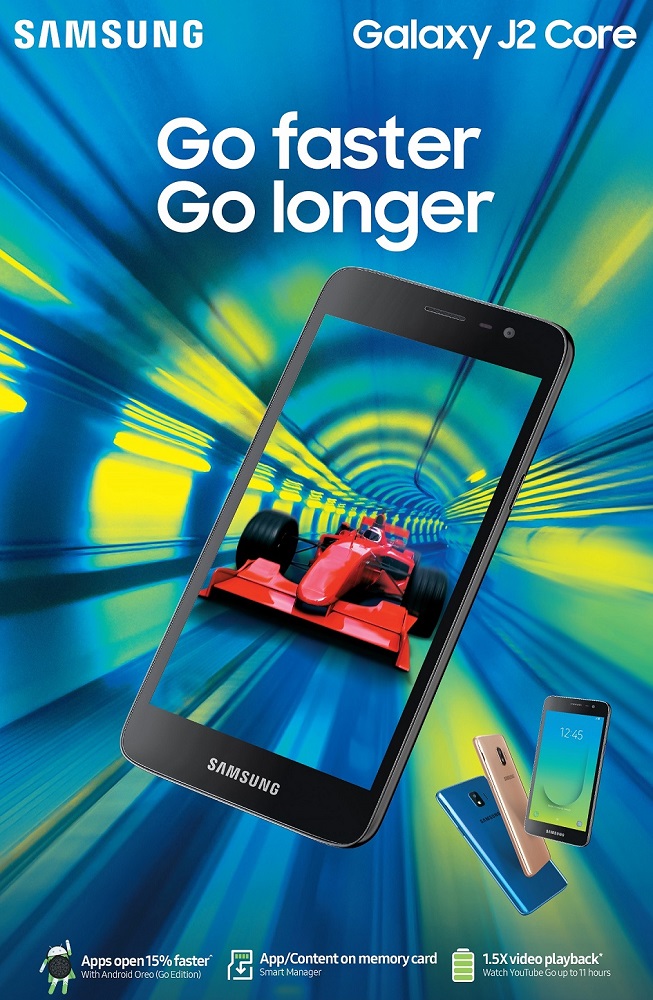 Galaxy J2 Core has been conceptualized basis deep understanding of users who are yet to upgrade to smartphones as well as entry-level smartphone users. The key insight is that customers for entry-level smartphones seek fast device performance along with a long lasting battery. Entertainment apps that facilitate video streaming and social networking are most popular. Basis these insights, Galaxy J2 Core has been designed to deliver fast and smooth experience while ensuring best-in-class battery performance. 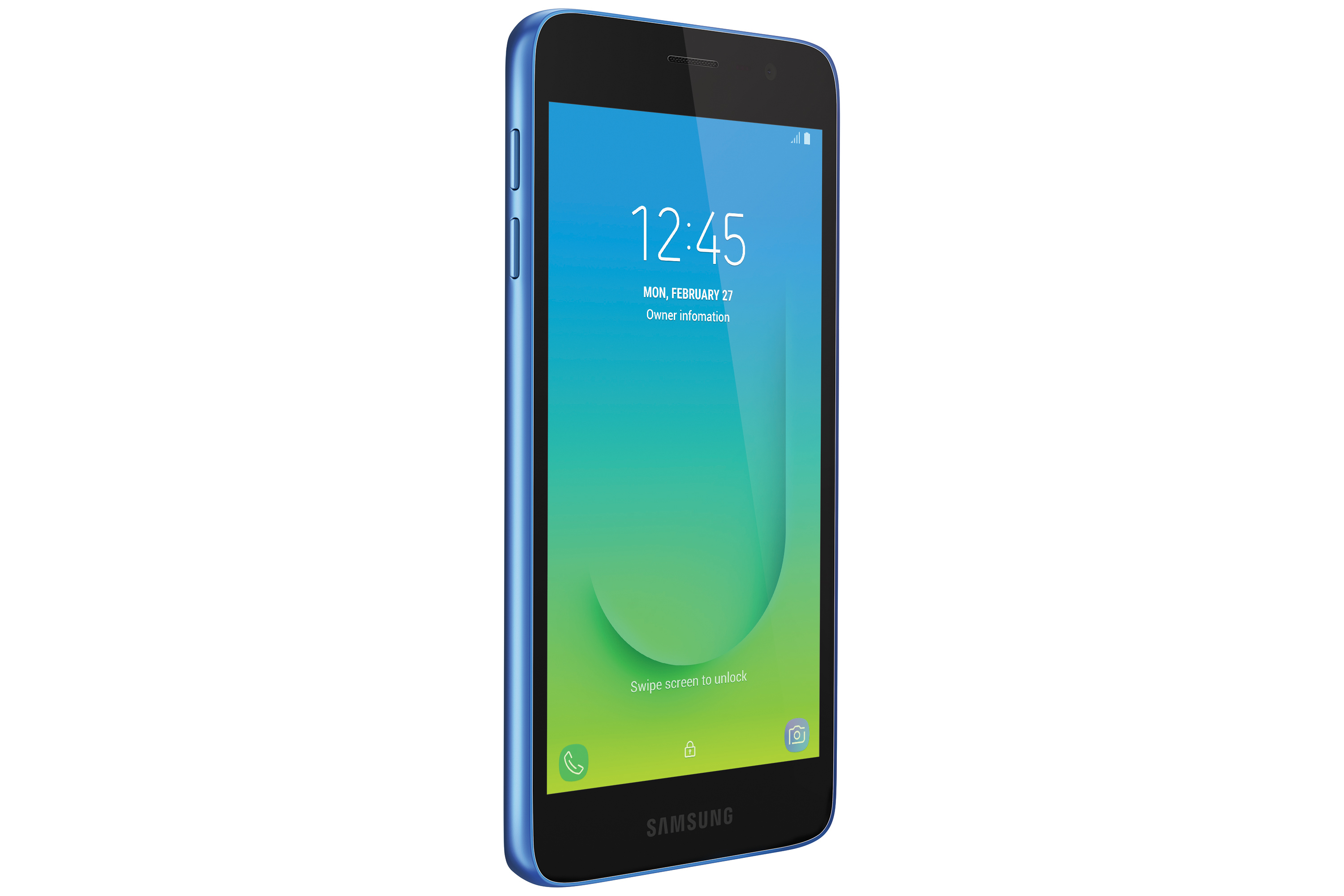 “Galaxy J2 Core reiterates Samsung’s commitment towards meaningful innovations that delight our customers. We are pleased to integrate industry-first smart memory management solutions that allow apps or content on the memory card. We are also pleased to partner with Google in bringing the latest Android experience for entry-level smartphones with Oreo (Go Edition) on Galaxy J2 Core. This approach eradicates current consumer pain points by opening apps 15% faster, delivering 2X storage out of the box, and allowing consumers to stream content for up to 11 hours on YouTube Go. This is indicative of Samsung’s commitment to a digitally enabled India by allowing our customers to Go Faster & Go Longer,” said Sumit Walia, Director, Mobile business, Samsung India.

In order to deliver faster performance, free space on the device plays a critical role. Galaxy J2 Core has been developed on the latest Android Oreo (Go Edition) platform. This initiative by Google to deliver the best Android experience on affordable smartphones ensures up to two times more available internal storage with new Google Go suite of apps. Google has also tied up with third party app developers to ensure an eco-system of optimized apps for entry-level smartphone configurations.

Samsung has introduced an industry-first ‘Make for India’ feature that allows consumers to not only install apps but also direct social media content to an external memory card. Furthermore, Samsung’s Smart Manager delivers automatic RAM management that ensures the device has sufficient free memory and remains fast and optimized.

The second insight that Samsung worked on was the desire to consume content online. Realizing that consumers are increasingly streaming videos, Galaxy J2 Core’s battery has been enhanced to deliver up to 11 hours of non-stop video streaming on YouTube Go.  Galaxy J2 Core’s 2,600 mAh battery delivers up to 1.5 times longer video playback than popular devices in the entry-level segment.

“Android’s mission has always been to bring the power of computing to everyone, and part of that is ensuring a great experience across a broad range of devices. Android Oreo (Go edition) is specifically optimized to bring the magic of Google and Android to entry level smartphones, and we are excited to see Samsung take a big next step on that mission by launching the J2 Core,” said Sagar Kamdar, Director, Android Product Management.

Galaxy J2 Core features an 8-megapixel rear camera and 5-megapixel front camera, making it the perfect choice for capturing great pictures. Galaxy J2 Core gets a 5” display for an enhanced viewing experience and packs a punch in terms of design with a glossy back finish.  The device is powered by Samsung‘s proprietary Exynos processor that is specifically tuned for the latest Android Oreo (Go Edition). It comes with 1GB RAM and 8GB internal memory which can be expanded up to 256GB with an external memory card.