The Spirit of Unpacked 2019 at the Samsung Opera House

It was well past midnight. While the city had gone to sleep, a magnificent building nestled in the heart of Bengaluru was buzzing with activity. More than 400 Samsung fans gathered at Samsung Opera House on Regency Road waited with baited breath, as the world’s most powerful phone, Samsung Galaxy Note 10, was to be launched at a gala event in New York. The event was being livestreamed at Samsung Opera House, for Samsung fans, also called Samsung Members.

“I can’t hide my excitement,” said Raghu, a 20-something IT professional, who had come along with his friends, all Samsung Note users for the last three years. “I am so emotionally attached to the Galaxy Note and the S Pen, which contributes so much to my life as a professional, that I eagerly look forward to the next one every year.” 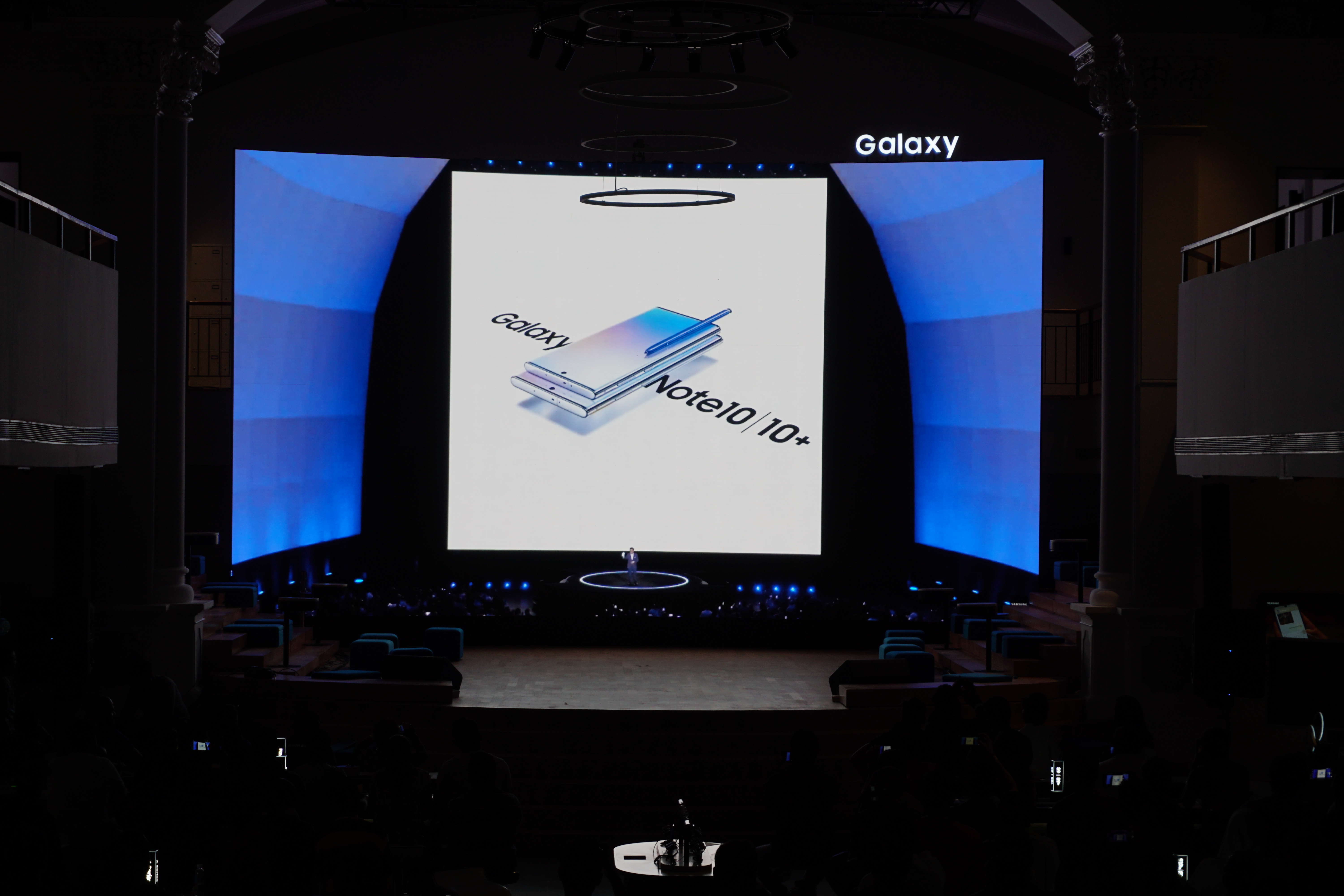 His girlfriend Saroja is excited too. “This is my first time at Opera House. I had heard so much about this place. This is just an out-of-the-world experience for me, with so many gadgets and games on display here at his magnificent building,” she said.

The livestream of the event started dot at 1.30am, amid loud cheers. The festivities and performances had kicked off around midnight though. Emcee Danish Sait set the mood and ensured that the audience was in splits with a humourous banter with them. He also narrated how when he was a child his mother used to bring him and his sister Kubra to this building. Once a lifeline of the city, Opera House decayed with age before Samsung took it over in 2018 and revived it.

And then came the time for the event to start live from the Barclays Center, New York City.

Those gathered inside burst into loud cheers, as DJ Koh, President and CEO for Mobile Business, Samsung Electronics, took the stage and began his presentation at the grand launch. It seemed that the distances between Bengaluru and NYC had been bridged and Opera House and Barclays Center were one.

Samsung Galaxy Note 10 and Galaxy Note 10+ were finally unveiled along with a host of other devices. Every time the devices and their innovative features were announced, the audience went crazy. There were also loud cheers when they found speakers at Barclays included Samsung executives of Indian origin. The biggest cheers were reserved for Microsoft Corporation CEO Satya Nadella, who came on stage to announce a global tie up with Samsung.

At the end of the event, fans were seen asking a flurry of questions about specs and also about how to pre-book the device. We are told Opera House has registered a record number of pre bookings for Galaxy Note 10 and Note 10 +.