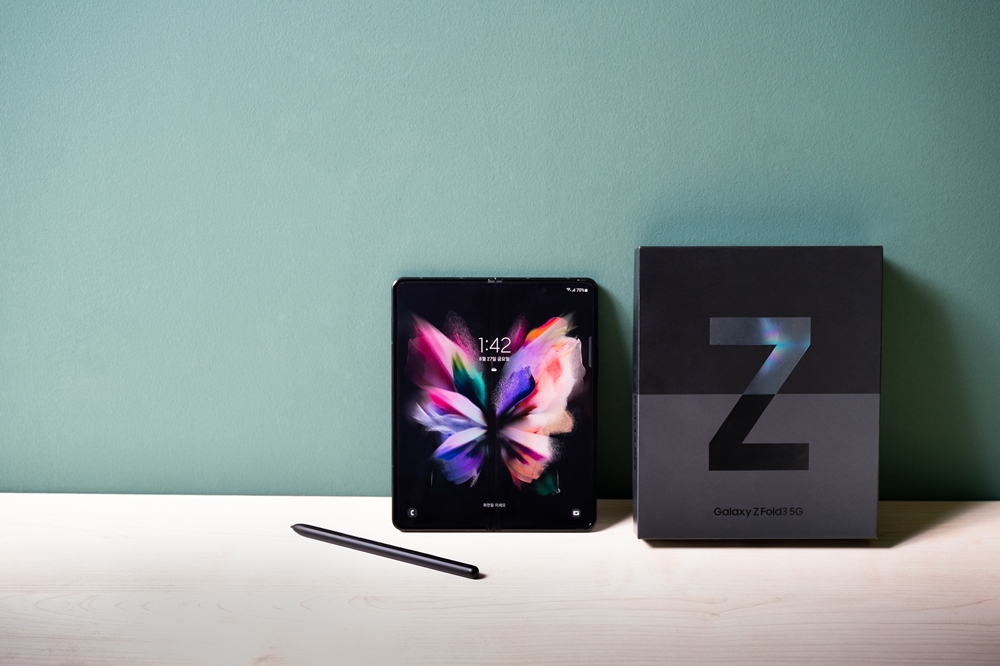 With its immersive screen, S Pen, reassuring durability and productivity-enhancing features, who wouldn’t be eager to give the Galaxy Z Fold3 a try? Hesitation on the part of users who haven’t used foldables before is understandable though, given the device’s range of cutting-edge features.

For those users who are unsure of how to get the best out of foldable devices, Samsung Newsroom has taken an up-close look at the device and how best to use it. Check out the user guide below to learn more about what it is like to use the Galaxy Z Fold3, including the device’s comfortable grip, innovative features and newly added S Pen, which is being included with a foldable phone for the first time ever.

Question 1] Will users with smaller hands be able to use the Galaxy Z Fold3 comfortably?

The Galaxy Z Fold3 is lighter, thinner and narrower than its predecessor, giving it a more comfortable grip and better portability. The phone’s horizontal width when folded is 67.1mm, which is a 0.9mm reduction on its predecessor. This means the phone provides a comfortable, snug grip even for those with smaller hands.

The fingerprint scanner on the Galaxy Z Fold3 is also mounted at the point where the thumb touches the device, which allows for more convenient use of the device’s large cover screen. This means users no longer have to place their fingers on the screen to unlock the phone. The top, bottom and sides of the phone were also designed with bold, clean lines to provide smoother usability.

Question 2] How durable is the Galaxy Z Fold3 in practice? 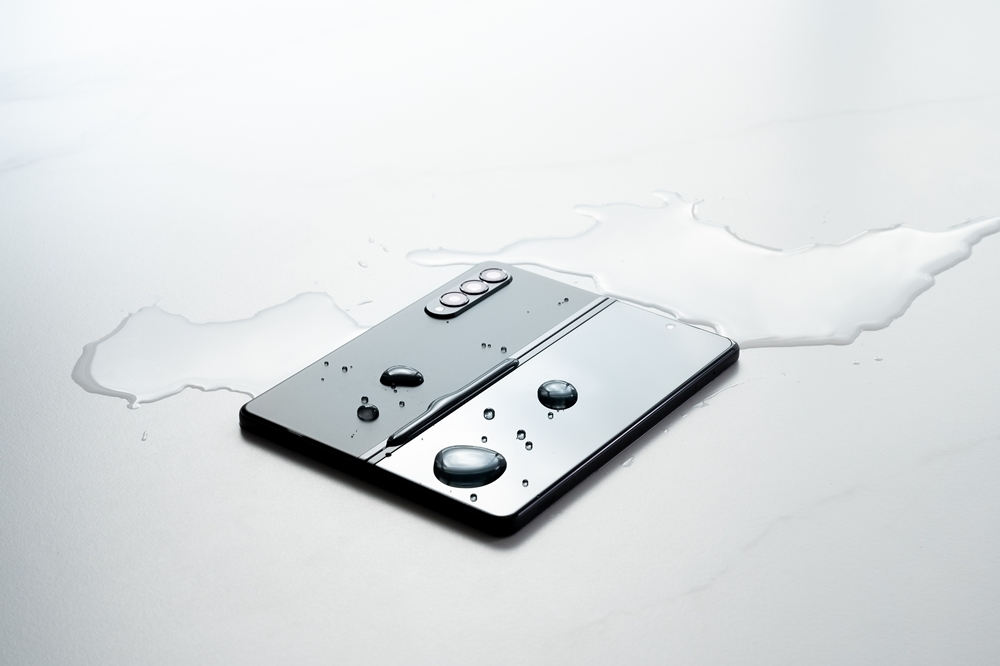 With its significantly enhanced water resistance, users can use the Galaxy Z Fold3 with confidence regardless of where they are or what the weather is like. The phone has a water resistance rating of IPX8,1 which means it can withstand submergence in fresh water that is up to 1.5m deep for up to 30 minutes. This means you can relax when using the Galaxy Z Fold3 to check your map app for directions while you’re out a drizzly day, or when you’re looking up recipes with wet hands.

And the Galaxy Z Fold3’s unwavering durability gives you further peace of mind. The new protective films on the phone’s main displays, for instance, increase screen durability by 80 percent compared to its predecessor. The device also includes ‘Armor Aluminum’ and enhanced ‘Corning® Gorilla® Glass Victus™’, which are some of the strongest materials ever used in smartphones.

With this new resilience, you no longer need to worry much about your phone getting scratched when you put it into a small bag with other items. Likewise, you can feel confident keeping your phone in your pocket with other items so that you have it on hand right away when you want to make calls or take photos.

The Galaxy Z Fold3’s large, 7.6-inch Main Screen really shines when it comes to watching videos, with the phone utilizing an Under Display Camera (UDC) to deliver a notch-less, immersive viewing experience. UDC is achieved by including light absorbing pixels in the camera area to increase light transmittance and manage the distance between pixels. What’s more, thanks to the phone’s screen being about 29 percent brighter than that of its predecessor, it can be seen clearly outdoors and in bright sunlight without the need to shade or cover the screen.

In addition, the Galaxy Z Fold3 has a refresh rate of 120㎐ for both its Main and Cover screens, leading to a smooth experience when scrolling or playing media. When in places where it is more convenient to use the phone’s Cover Screen, like on congested public transport, this allows users to comfortably view news articles and other media while enjoying smooth, uninterrupted transitions.

Question 4] How does one best use the Galaxy Z Fold3’s various productivity-enhancing features?

With ‘Multi-Active Window’ splitscreen capabilities, Galaxy Foldables have long been helping users enhance their productivity. This feature allows users to do things like check their schedules while reading e-mails and navigate to the location of a meetup while talking to friends on messenger, among other things.

Now, the Galaxy Z Fold3 has added the ‘Task Bar’ feature to help users move quickly and conveniently between apps. Not only does this allow users to launch the app that they use most often without navigating to the home screen, but it also enables them to open their most-used combination of apps all at once.

‘Flex mode Panel’, which users can use after partially folding the Galaxy Z Fold3, is another new feature. Navigate to the Labs menu (Settings → Advanced Features), and then select the ‘Flex mode Panel’ option to turn this mode on. From there, when users launch an app that is compatible with the Flex mode Panel feature, a panel will automatically appear through which they can capture, and adjust brightness and volume. This feature removes the need to open the phone fully to adjust these settings, and is especially useful for when the volume suddenly increases, when users want to capture their screens, or when their screen brightness suddenly dims.

Question 5] Which camera features are exclusive to the Galaxy Z Fold3?

Now it’s time to use the Galaxy Z Fold3’s camera to take epic pictures. ‘Capture View’ on the Galaxy Z Fold3 allows users to view, delete, and share the pictures they have just taken without going into the Gallery app.

After launching the camera, click the capture view icon in the upper-left of the screen. If users take pictures while the icon is illuminated, they will be able to check the pictures they just took on the left half of the screen. Pressing and holding on a picture allows them to conveniently delete or share images, which comes in handy for both getting rid of the poor shots and sharing the good ones with friends. In addition, this is of great help when trying to capture the perfect picture of fast-moving subjects, such as children, pets or people playing sports.

Question 6] What are some benefits of combining the S Pen with the larger screen?

The Galaxy Z Fold3 is the first foldable phone to support the S Pen. Users can use the S Pen to draw or take notes by hand, thus further enhancing their productivity.

To take notes while watching online lectures or videos in Flex mode, simply launch Samsung Notes by double tapping the lower half of the screen while holding down the button on the side of the S Pen.

Characters that are difficult to type on a keyboard, such as Chinese and Japanese characters, are also easy to enter with the S Pen. What’s more, if users press the text conversion button before they start writing, their handwritten notes will automatically be converted into typed text. Two types of S Pen are set to be released: the ‘S Pen Fold Edition’, which can be used exclusively on the Galaxy Z Fold3, and the ‘S Pen Pro’, which has built-in Bluetooth and can be used with certain tablets.2

And the cutting-edge features and usability don’t stop there. In order to provide the best possible folding smartphone experience, Samsung Electronics is constantly working with a range of partners to develop apps that are optimized for the large screen of the Galaxy Z Fold3, such as ‘Microsoft Teams’, ‘Microsoft Office’ and ‘Google Duo’.

Do you want to improve your efficiency while adding unique and enjoyable experiences to your day-to-day life? If so, the Galaxy Z Fold3 could be an answer.

1 The IPX8 rating is based on test conditions of submersion in up to 1.5m of freshwater for up to 30 minutes. Devices that carry this rating are not advised for beach or pool use and are not dust-resistant.