In August, Samsung Electronics unveiled the Odyssey Ark, surprising the world with its groundbreaking curved gaming screen and providing an innovative and unique gaming experience to gamers everywhere. With a name like the “Odyssey Ark,” it made sense for Samsung to travel the world, by meeting with a variety of gamers, catching the eyes of media, influencers, gamers and technology enthusiasts alike.

The Ark Crew Set Off on Odyssey Ark’s First Journey

When the Odyssey Ark was introduced in August, Samsung 837, its flagship experience center in New York and Samsung KX in London celebrated with Odyssey Ark parties that brought together top gamers and esports pros, including SypherPK, Loughh, Stoopzz, Alyska, Calfreezy and Konstantin. Dubbed the “Ark Crew,” these gaming experts were the first to get a hands-on experience with the Odyssey Ark. They praised the Odyssey Ark for its unparalleled, immersive gaming experience.

▲ The Odyssey Ark was introduced at the Samsung Display Tech Summit 2022 held in Bangkok, Thailand in September 2022. 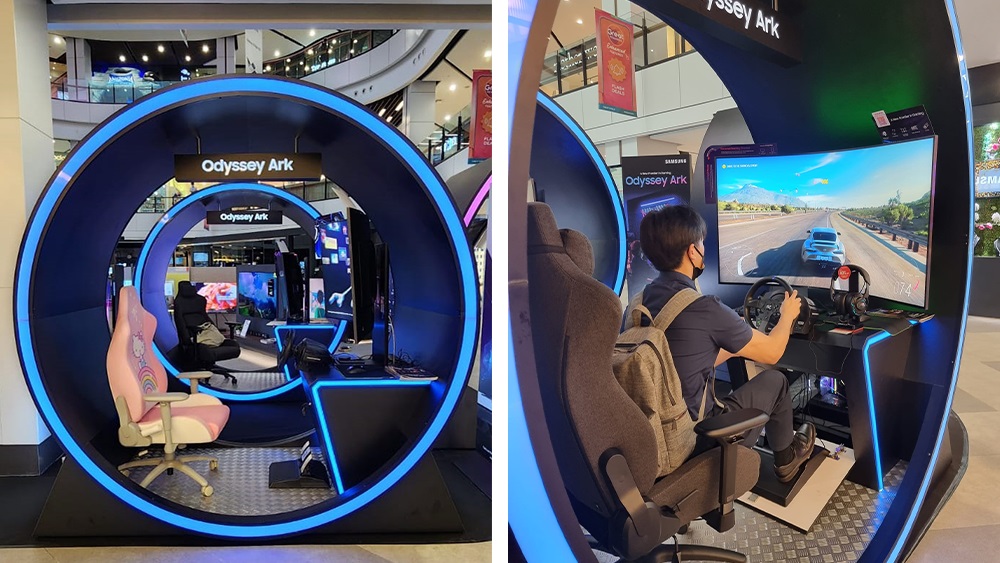 ▲ At the Great World City Shopping Mall Pop-up Roadshow held in Singapore in October 2022, visitors could enjoy a racing game by using the Odyssey Ark.

In addition to captivating visitors at the summit, the Odyssey Ark wowed viewers at Siam Paragon Mall Game Festival Roadshow in Thailand and the Great World City Shopping Mall Pop-up Roadshow in Singapore in October.

Local media in Australia and New Zealand also enjoyed a sneak peek of the Odyssey Ark at a preview event, getting hands-on experience with a racing game zone designed for an immersive experience through the 55-inch screen. The screen attracted a lot of attention and introduced the next-generation of gaming, one based on immersion and led by the Odyssey Ark.

Meeting Gamers Where They Are: Brasil Game Show, PAX West and TwitchCon

The Odyssey Ark was also featured at Brasil Game Show 2022, Latin America’s largest gaming show, held in São Paulo in October of this year. The Samsung booth showcased several models, including the Odyssey Ark and Odyssey Neo G9, in experience zones where gamers could see the difference Samsung can make. This was the first public debut of the Odyssey Ark, and it received a lot of fanfare.

Samsung’s tour through Latin America didn’t stop there: In the same month, gamers at the Argentina Game Show 2022 in Buenos Aires were mesmerized by the Odyssey Ark. During the exhibition, more than 100,000 attendees visited Samsung’s booth. Coscu, a famous gamer with more than four million subscribers, was one of them and helped attract more visitors to Samsung’s booth during the event. 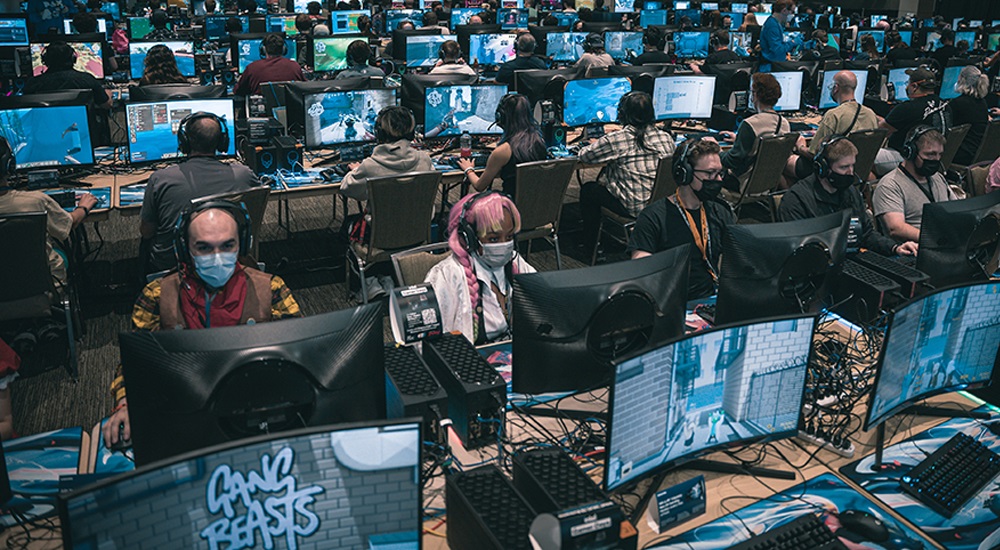 ▲ With over 250 Odyssey monitors at the event, gamers enjoyed immersive gameplay at PAX West Seattle held on September 2-5, 2022. 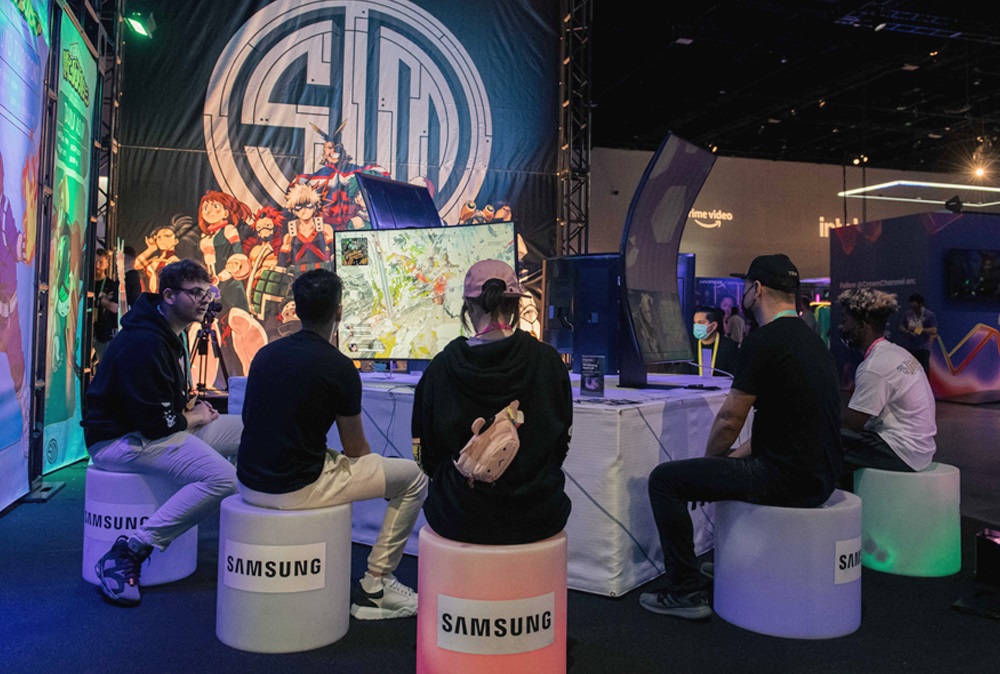 ▲ Visitors gather around the Odyssey models installed at the TSM booth at TwitchCon San Diego held on October 5-7, 2022.

Getting Smart at Smart Arena, Popping Off at POP CON and Being a Hero at HeroFest 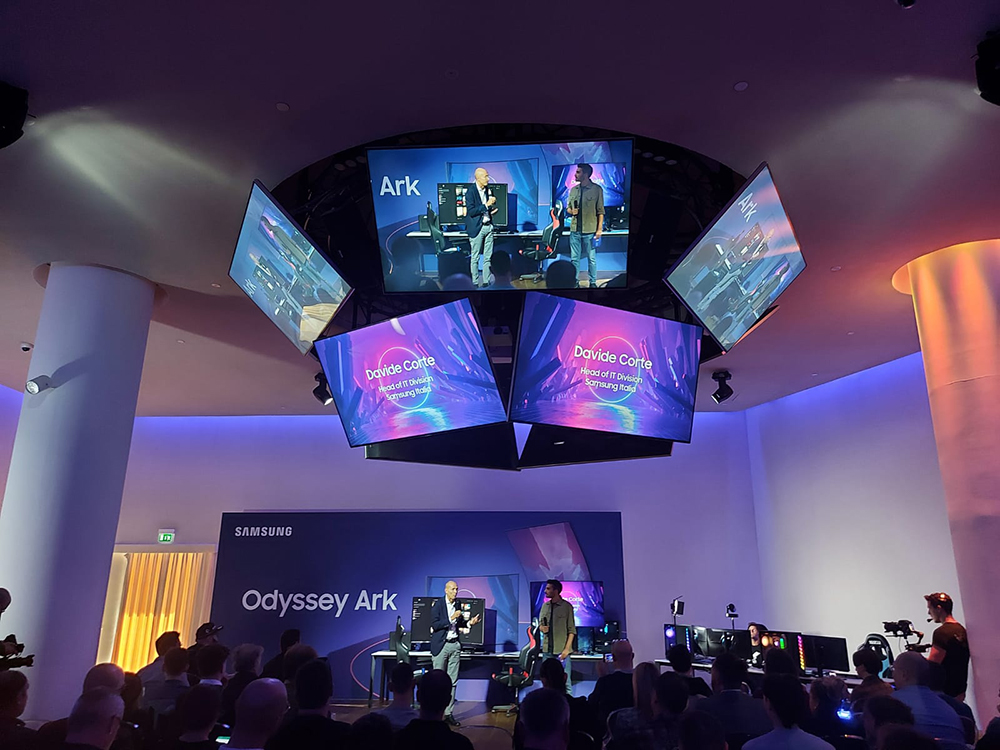 ▲ The Odyssey Ark launching show was held at the Smart Arena in Milan on September 22, 2022. 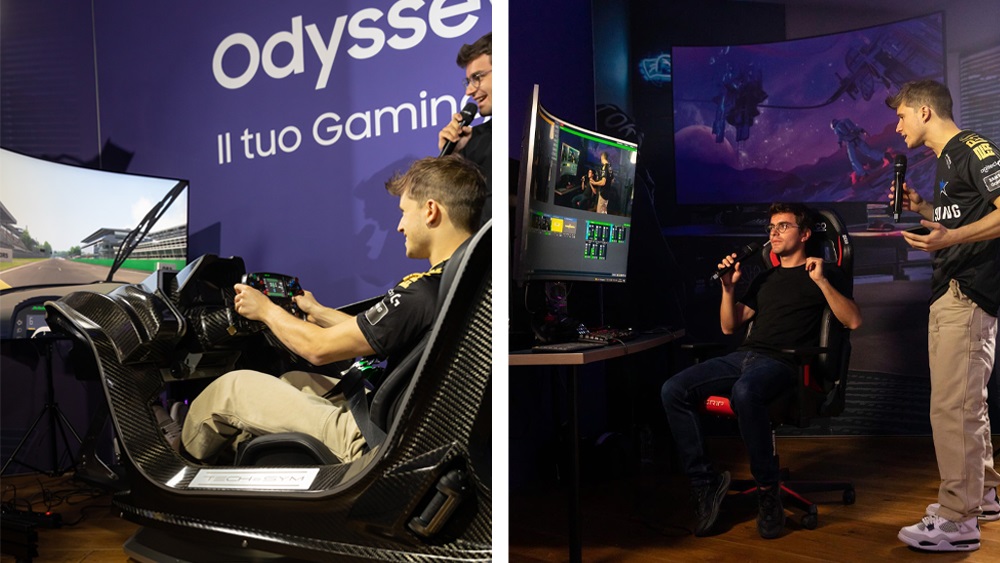 Let’s move into Europe, one of the biggest gaming markets with many passionate gamers who were excited about the Odyssey Ark. In September, gamers and streamers were given a special look at the Odyssey lineup at the Smart Arena in Milan. Popular streamers and entertainers, including Jakidale and Bryan Box, along with esports team Morning Stars players Piz, Belix and Predage, tested the Odyssey Ark and shared their live reactions with their online audiences. 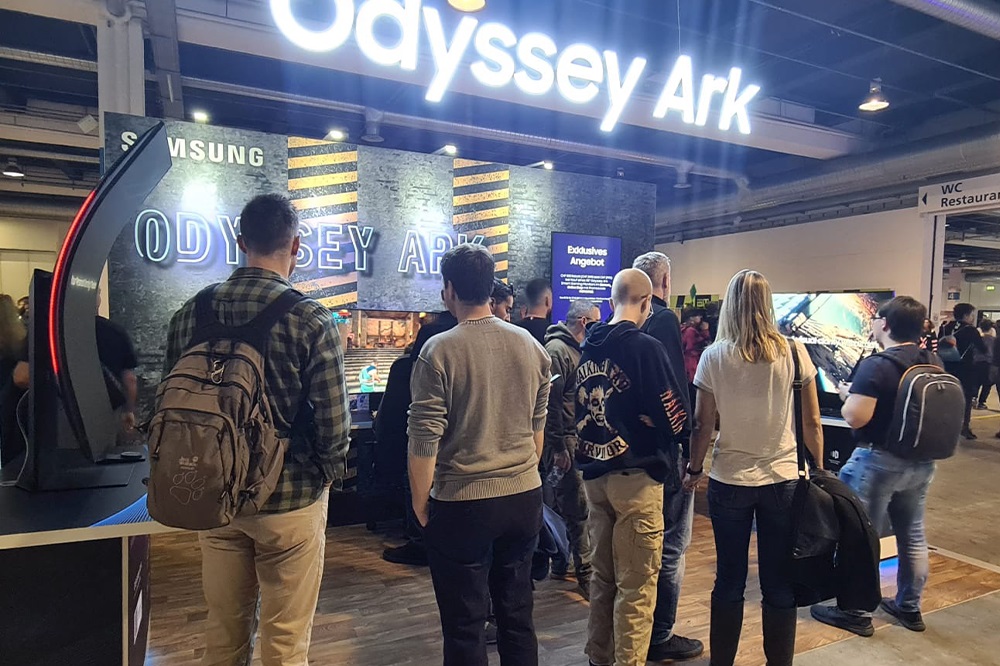 ▲ The Odyssey Ark was installed at ZURICH POP CON in Zürich, Switzerland held on October 1 and 2, 2022.

The Odyssey Ark then journeyed to ZURICH POP CON in Zurich and HeroFest in Bern, followed by GameForce in Brussels and Dreamhack in Rotterdam, the Netherlands. The Odyssey Ark booth was packed with people who wanted to get a firsthand experience with this groundbreaking and futuristic gaming screen.

Bringing the Gaming Soul to Seoul

After making stops around the world, the Odyssey Ark has landed in seven department stores across Seoul. Visitors can experience the Odyssey Ark’s unique features, including Multi View, Flex Move Screen and Gaming Hub.

The Odyssey Ark made a memorable impact in some of the world’s biggest gaming markets. Its incredible launch turned heads in gaming communities, signaling a new era of immersive gameplay. And this is just the beginning of the Odyssey Ark’s innovative journey.