Challenging Stereotypes with your Smartphone – One Word at a Time

Research shows that we talk to, and treat children differently depending on their gender.* We tend to talk about how capable boys are and how pretty girls are and this may influence how the children see themselves as they grow up. Today, as we are living increasingly connected lives, young people often refer to their smartphone as the remote control to their lives. It connects us, reflects us and shapes us – just like spoken language.

A group of girls engaged in programs in Plan International, one of the world’s leading child rights organizations, helped develop the idea that the smartphone should suggest empowering and positive words which would help them reach their full potential and break down stereotype barriers. Together, Plan International Finland and Samsung Electronics Nordics developed Sheboard. The keyboard uses a predictive text input to suggest a more diverse language when talking about girls or women to bring out their full capabilities.

Together with the young women, the team crowdsourced 2,500 empowering words, using AI to scan and analyze texts from female-empowering blogs and publications. Leveraging this database, the keyboard will suggest words for you that is meant to make the user react to what they have originally written, and change that for the better if needed. For example, Sheboard’s predictive text input will offer words such as “bold” and “intelligent” if you type in “girls are.”

“We talk differently to children depending on their gender. We talk to boys about their abilities, and to girls about their bodies,” said Ann-Birgitte Albrechtsen, CEO, Plan International. “We often don’t even realize when the words we choose strengthen stereotypes. Sheboard uses technology to help us reflect on – and change – the way we talk to and about girls by challenging the harmful gender norms that hold girls back. We want girls to be able to realize their full potential in the new digital era and Sheboard is a great tool to help us do that.”

While Sheboard isn’t the full solution to gender stereotypes, it’s a way to start thinking and reacting to the way we talk to and about girls with the help of our smartphones. Sheboard is the voice that reminds girls of everything they are.

“Digitalization and technologies are for everyone and should support an equal and inclusive society,” says Elin Wallberg, Head of Corporate Citizenship & Partnerships, Samsung Electronics Nordics. “Sheboard is a good example of how stereotypes can be addressed and discussed in practice. I am proud that Samsung has been part of developing Sheboard and supports breaking down barriers that could hold individuals back from reaching their full potential.” 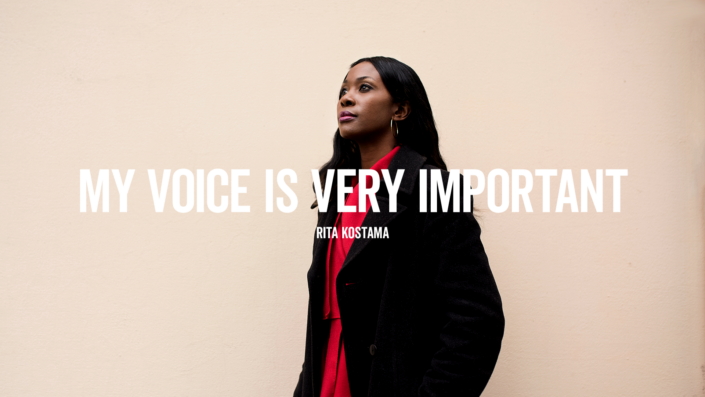 The next step for Sheboard is a teaching material for schools in Norway and Finland that’s aimed for school children aged 13-18. There are plans to expand this to the rest of the Nordics and world later. This material helps students become aware of the gender stereotypes related to girls and boys, and encourages students to discuss how gender affects for example career choices and the impact of digitalization on women’s and girls’ lives around the world.

“Sheboard is intended for everyone, since gender equality is achieved by encouraging new ways of thinking and working,” said Salla Kuuluvainen, Education Planner, Plan International. “The teaching materials discuss how gender stereotypes occur in everyday life, for example in children’s toys and media, and by creating new kinds of princess fairy tales.”

As the world celebrates the International Day of the Girl Child on October 11, Samsung Electronics continues to support gender equality through initiatives like Sheboard, Girls’ Day in Germany, employee volunteer programs, and various education programs around the world.

** Sheboard is available for free in English and Finnish on Google Play.