Color Volume: What It Is and Why It Matters for TV 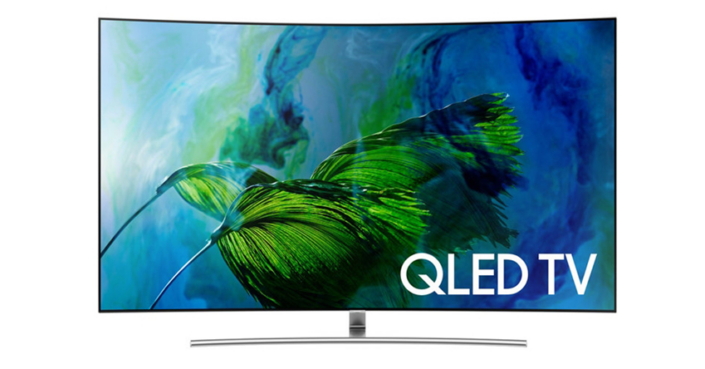 Samsung Electronics’ 2017 QLED TV recently received verification from world-class testing and certification association, Verband Deutscher Elektrotechniker (VDE), for its ability to produce ‘100 percent color volume.’ The designation, a first for any global TV manufacturer, illustrates how color volume is quickly becoming an effective way to measure the precision of colors.

Defined as a three-dimensional representation that illustrates the color reproduction capacity of a display at all of its luminance levels, color volume is also an important standard for ensuring that content is displayed in the way the producer intended. But what makes it different than other color standards? Let’s take a closer look at this new measurement of color. 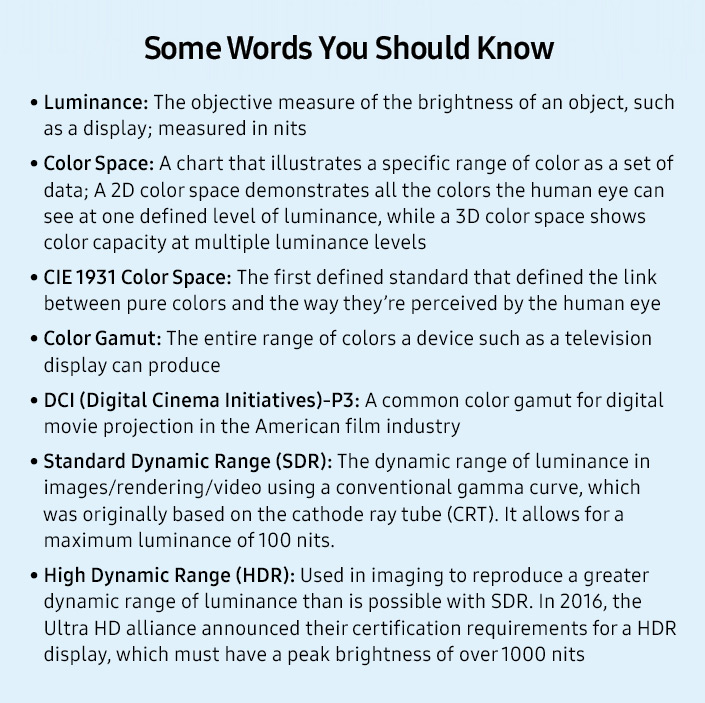 Many television color standards, which were defined in the days of CRT TVs, are stuck at an outdated 100 nits. As a result, displays were not able to express colors accurately when reproducing videos and images according to these standards.

With more recent displays, beginning with the world’s first commercialized HDR TV launched by Samsung in 2015, luminance level ranges have increased, allowing whites and blacks to be expressed more realistically. Color ranges, too, have expanded, resulting in images that are more true to life. We call this new, broader range High Dynamic Range (HDR), while the preceding range is known as Standard Dynamic Range (SDR).

In HDR, whites and blacks are more true-to-life.

Up until now, most manufacturers and calibrators have specified and measured the range of colors that a display can reproduce in terms of color gamut. Specifically, the American film industry has utilized the DCI-P3 color gamut for digital movie projection.

In the world of SDR, illustrating a display’s color gamut on a 2D color space proved satisfactory, as calibrated displays behaved in a similar manner. Peak luminance was 100 nits and colors were generally well saturated at one luminance level, typically 75 percent of the display’s peak luminance.

But in the HDR era, things are different. Peak luminance, for example, is generally five to ten times higher, and in the case of Samsung’s QLED TVs, 15 to 20 times higher. These varying luminance levels have a big effect on how colors are displayed. As the image exceeds the display’s peak luminance, for instance, colors can be displayed differently from what they were intended to be, sometimes resulting in a wash-out effect. 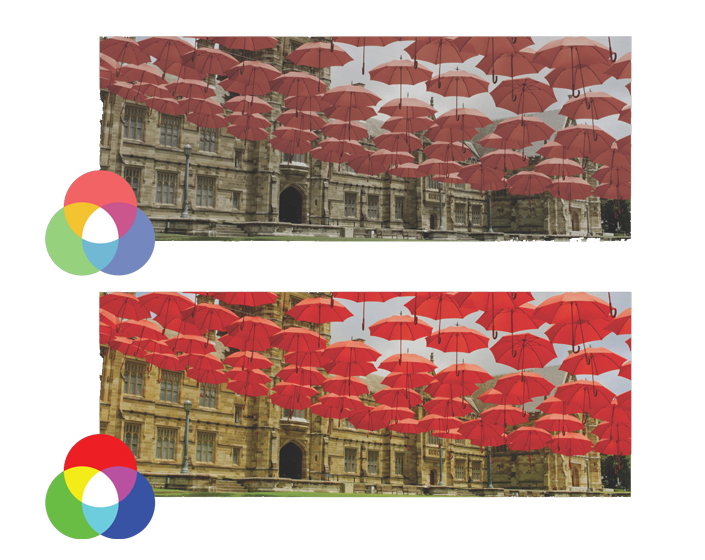 Even with the same content, colors can be expressed differently on different displays, depending on their luminance range.

So, while 2D color spaces were sufficient to indicate color gamut in the SDR era, things are different in the world of HDR, where luminance levels differ greatly. Therefore, a new color standard needed to be established to ensure that the HDR content that’s being produced, broadcast and displayed is correct and retains the content creator’s original intentions.

The Importance of Color Volume

To accommodate the variations of different displays, luminance was integrated as a third dimension into the traditional 2D color gamut diagram to create color volume. This 3D measurement illustrates how a display reproduces colors at all of the luminance levels of its luminance range.

Put simply, the higher the color volume, the better display can express a vast range of vivid, accurate colors. Samsung’s QLED TVs’ ‘100 percent color volume’ verification means that all colors of the DCI-P3 color space can be expressed regardless of differing levels of brightness, ensuring that HDR images can be viewed in the way the content producer intended. 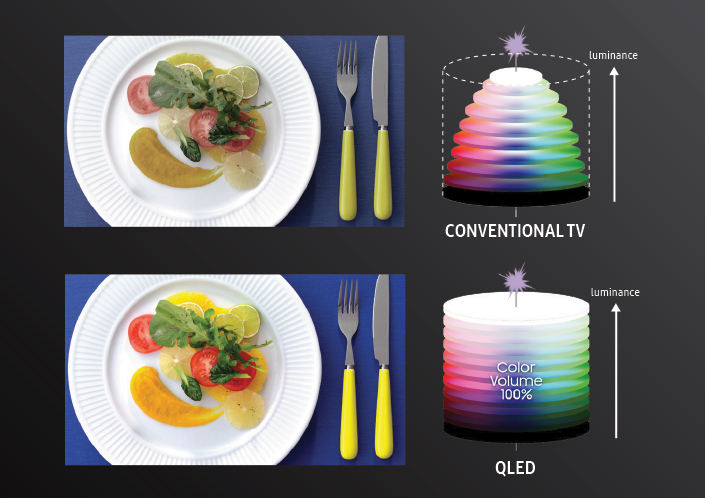 Bringing together the features that define HDR for consumers such as higher contrast, greater peak luminance levels and the ability to render a wide color gamut over a large range of luminance levels, color volume will no doubt continue to become a growing area of interest in the display industry. The future of TV is here, and it is colorful!