The person you see in the striking photo below is being immersed in an educational experience that simulates the human body’s biological processes with the help of Samsung’s Gear VR headset. 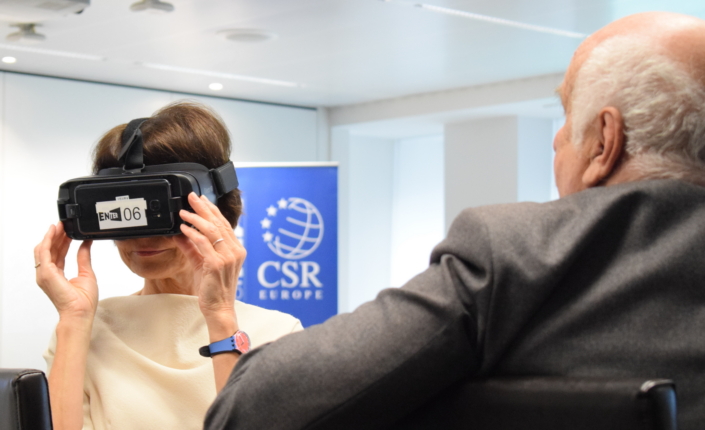 The individual pictured is European Commissioner for Employment, Social Affairs, Skills and Labour Mobility Marianne Thyssen, and the photo was taken during the European Pact for Youth conference on November 24, which was jointly organized by CSR Europe and the European Commission. While many prominent companies were represented at the conference, Samsung had the privilege of being the only company given the opportunity to demonstrate a solution for how immersive technology can be used to inspire education.

Samsung has invested in the European Pact for Youth initiative, which brings together representatives from business, education and the European Union to fight youth unemployment in Europe, for the last three years. During that span, Samsung’s citizenship programs have reached nearly 400,000 young people across the continent, equipping teachers and creating opportunities for students to learn new digital skills. Samsung has also been a key player in encouraging further business and education partnerships across Europe through its CSR Europe board membership. 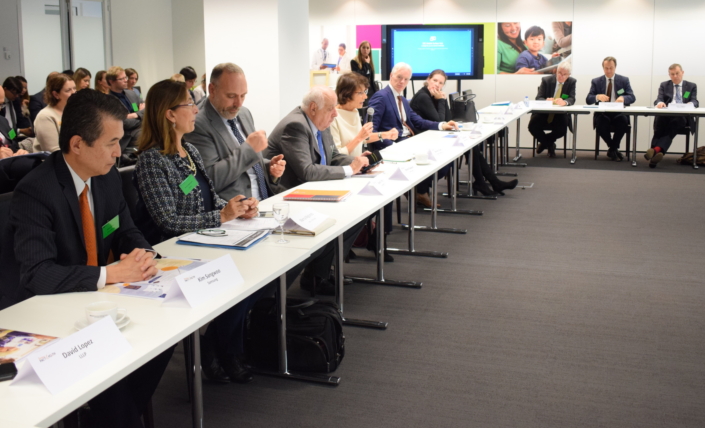 Although the European Pact for Youth has equipped thousands of young people with new digital skills and the confidence to seize future employment opportunities, unemployment and a digital-skills gap continue to exist in European society. To address these issues, Samsung will continue to strengthen its business and education collaborations—cooperating in an anticompetitive manner at all levels of education, and continuing to nurture the digitally literate workforce of the future.

A Whole New Way of Learning

The Gear VR biology lesson demoed at the conference was yet another example of how Samsung is reimagining ways in which technology may be used in the classroom.

To design it, Samsung Germany collaborated with Cornelsen, one of the leading providers of high-quality educational media in German-speaking countries. Together, the partners developed immersive material that takes students on a journey beyond the confines of their biology textbook and into the human body itself.

The lesson was simple yet effective. One student was given a tablet displaying information on relevant scientific principles while the other was presented with vivid animations of organs and biological processes in action on the Gear VR. 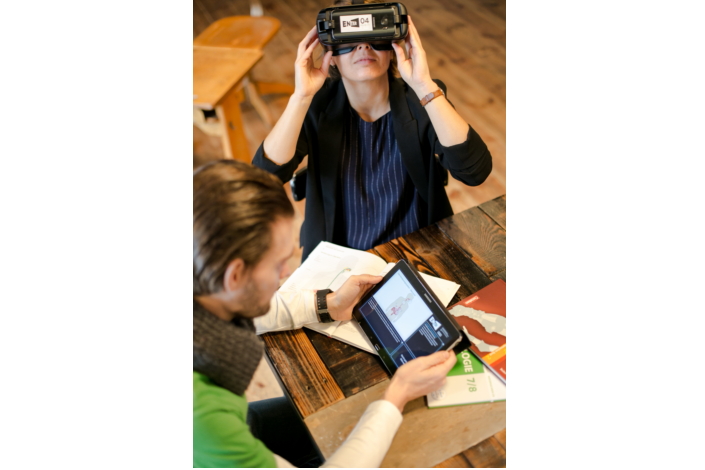 “Studying biology through the Gear VR was a very cool and new experience,” said one of the participating students, after experiencing a lesson with the technology for the first time. “I’ve never tried anything like it before,” she continued. “It felt much easier and more fun to learn, and most of all, it was easy to understand because I saw it with my own eyes.”

When presented with the prospect of studying with the engaging technology on a regular basis, the student’s response was enthusiastic. “I want to use VR in my class to study as soon as possible!” she said.

To assess the success of its educational initiatives, Samsung could point to the more than 1,300 Smart Classrooms and 65 Tech Institutes it’s created, and the nearly 400,000 young students who have benefited from these programs since 2013. Such figures, however, do not speak nearly as loudly as the stories behind them.

The accounts of the inspirational teachers and talented students who are already well on their way toward becoming the innovators of tomorrow are what inspire Samsung to innovate and enhance the learning experience. Because everyone, no matter what barriers may lie in their way, has the right to a quality education.