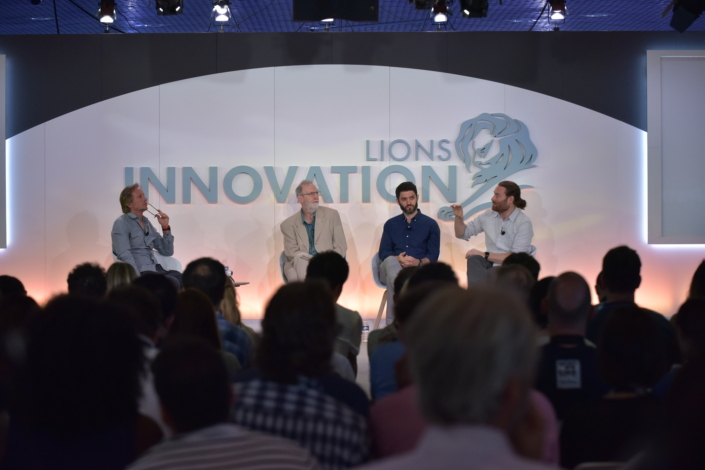 As the world’s largest gathering of creative, marketing and advertising professionals, Cannes Lions is not only an occasion to celebrate successful campaigns but also to discuss and debate hot topics, new ideas and emerging trends in the industry.

This year was no different, with virtual reality (VR) being a key theme of the event’s sessions, presentations and experiences.

Samsung was a major participant in the discussion, hosting a seminar held under the theme “VR Changes the View” on June 22.  The seminar aimed to illustrate how VR and 360-degree video will reimagine the ways we express creativity, engage culture and experience compassion.

Samsung Electronics America Chief Marketing Officer Marc Mathieu moderated the seminar, which was attended by some 500 participants. Noting that VR is “the biggest thing since the creation of cinema,” Mathieu introduced some of Samsung’s current VR projects, including a 4D theater in Rio that brings Olympics fans up close and personal with their favorite athletes.

“It used to be that seeing was believing,” Mathieu stated. “But now it’s about the experience. Now, experiencing is believing.”

He then called upon industry leaders to discuss and demonstrate the power and potential of the emerging media in improving healthcare, transforming journalism and reshaping storytelling. Among them included Dr. Chris Brewin, Professor of Clinical Psychology at University College London, Jake Silverstein, Editor in Chief of The New York Times Magazine, and Chris Milk, Founder and CEO of Within and Founder and Creative Director of Vrse.works.

Dr. Chris Brewin was the first to share his insights, discussing some of the studies he and his team have partaken in to determine the effects of VR on depression, including those involving Avatar Embodiment.

This method, which has emerged from neuroscience and computer science, allows viewers to self-identify with an avatar by experiencing the world from the avatar’s perspective via a VR headset.

Embodiment has already been shown to produce changes in attitudes that reflect the virtual body being used. Brewin believes this virtual reality-powered technique could potentially enhance Compassion Focused Therapy, a technique in which patients imagine interactions with compassionate people who provide protection, reassurance or soothing.

“What we are seeing here is one of the first generations of mental health intervention that is going to use the unique opportunity of virtual reality,” Brewin stated.

The professor explained that preliminary experiments have been effective in boosting feelings of self-compassion and improving levels of depression by one-third. Although results are not conclusive, Brewin said that VR seems to be the most likely explanation, adding, “In our future work, we want to translate this initial proof of concept into a proper therapy.”

In addition to helping people regulate negative internal emotions, VR is also creating a sense of presence in journalism to transform people’s perspectives about the world around them.

The company’s first venture into the new medium was NYT VR, an app that puts readers at the center of the magazine’s biggest stories through immersive 360-degree video experiences. At the app’s launch, the publication distributed cardboard VR viewers to all one million of its home delivery subscribers to debut its first film, creating a “mainstream moment” for virtual reality.

Through its efforts, the company was able to generate in its readers a sense of presence, an industry term that refers to the sensation of being in a scene depicted by a medium such as VR. This presence, Silverstein believes, will allow people to more deeply understand the people, places and experiences in their lives.

Other examples of the ways the magazine is enabling its readers to experience presence include films that transport them to American presidential campaigns, to the top of the World Trade Center in New York and even to the icy surface of Pluto.

“VR is a brand new medium,” Silverstein said. “And the opportunity to forge a new part of the language is there for every person, every brand and every creator who picks up a camera.”

The Changing Language of Storytelling

Finally, Chris Milk, one of the leading lights in the field of virtual reality storytelling, discussed the progression from thinking away from a screen and stepping into a story.

“Storytelling in virtual reality is about putting people within a story. To make all of you the hero of these stories,” Milk explained. “No longer are we looking at external worlds and realities through rectangles on walls.”

Milk and his team are building the technology and content that are making VR accessible to the masses. In doing so, they are subsequently rewriting the rules of entertainment, all the while reshaping the ways in which we connect and communicate.

In the meantime, he says, the companies are focusing on working with some of the most talented creators across all industries to help shape how VR can be “the next gold standard for storytelling.” 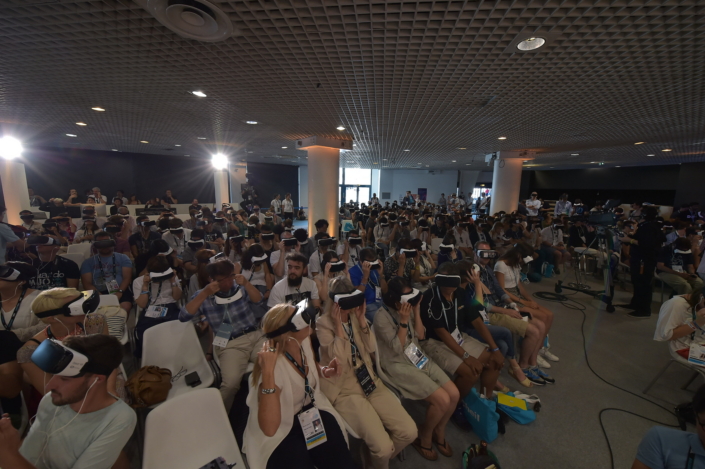