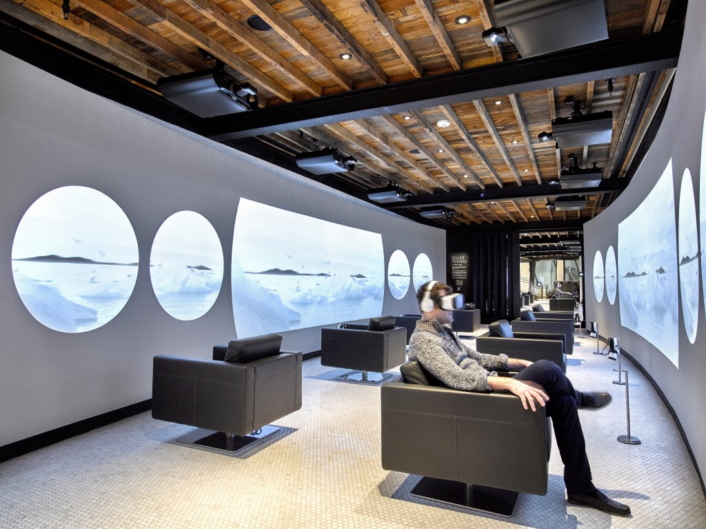 The cynics sometimes look at VR as a gimmick or parlor trick. That’s often the first reaction to a novel technology.

In VR’s case, however, they underestimate one of the most important and significant technological advances in a generation. In no uncertain terms, virtual reality is going to change everything—the way people experience and interact with content. It makes the impossible possible by bringing users to places they otherwise would have never gone to, or by enabling people to better understand and connect with others in an empathic way they may never have imagined. VR is ushering in a generation of immersive storytelling and will revolutionize the way that we think about business, communication and entertainment.

And we’re just at the beginning of this new frontier.

To date, the easiest place to see VR’s mark is in entertainment. Filmmakers are telling more engaging stories than they ever have before. Content is no longer limited to being presentational—it’s immersive—and we’re working with some of the biggest brands, and most creative storytellers, to bring these new worlds directly to our customers.

We joined forces with the NBA to put audiences courtside—or even better, on the court, to experience what it’s like to be a pro-athlete; produced the first ever short form VR comedy sketch with Funny or Die; partnered with the Sundance Institute, to produce new, interactive stories and experiences; teamed up with Wevr and Skybound Entertainment to premier GONE, an original thriller series; and broken new ground in entertainment and the arts with VICELAND.

VR is revolutionizing content, and filmmaking by changing the way we experience stories—but it’s also going beyond entertainment, and challenging us to rethink entire businesses and enterprises.

At Samsung, our VR technology is utilized to develop training simulators for surgeons and pilots. Marriott is using Samsung VR technology to provide custom, premium VR experiences for their most valued guests. Matterport users in the real estate industry utilize the Gear VR platform to provide virtual reality home tours to their clients. And governments are developing software that works with our VR headsets giving greater situational awareness to remotely piloted aircraft operators.

From entertainment, to business, to everything in between—VR is one of the rare technologies that will radically transform nearly every part of our lives. And that’s the most exciting thing about VR—not what we’ve accomplished so far, but what we’re going to accomplish in the future. For all the innovations and breakthroughs, this is still a nascent technology, and a young platform. We’ve barely scratched the surface of what VR is capable of, and which industries, fields it can disrupt.

The technology industry has recognized VR’s enormous potential. The latest estimates from global market research firm TrendForce show the virtual reality market skyrocketing from under $7 billion today to $70 billion in 2020. In the next ten years, it’s estimated that there will be 135 million VR headsets in America alone.* That’s one for every 3 people!

But, there’s a catch— the hardware can’t do it alone. VR is more than just a product, it’s a platform whose hardware, software and content will be just as critical to its success as the experiences that are produced because of it. The reason so many analysts have such high hopes for VR has less to do with the internal circuitry of the headsets and cameras, and more to do with the stories we can tell, the experiences we can share, and the marketplaces we can transform with them. Simply put, the success of VR hardware is inextricably linked to the content and services that power it and the partnerships that are formed as a result of it.

It’s akin to the smartphone market in the mid-2000s. The devices only caught fire when the app ecosystem began to thrive. It was only when the broader developer and content creator communities recognized the potential that the platform offered, that the hardware came to life. Now, just ten years later, we all have a smartphone in our pocket; and we think about them as more than pieces of hardware—but as portals to entertainment, connectivity, and commerce.

We expect the same trajectory for VR. That’s why Samsung is partnering with the best and brightest to build momentum for the medium, and push the limits of the technology.

To keep up the pace of progress, we need developers. VR is a new arena, and that requires an entirely new ecosystem that we have to continue to build, together. It’s not as simple as changing a few lines of code on an app, or changing a setting on a video—we need to empower our partners to create new content and services that are built specifically for the VR platform. 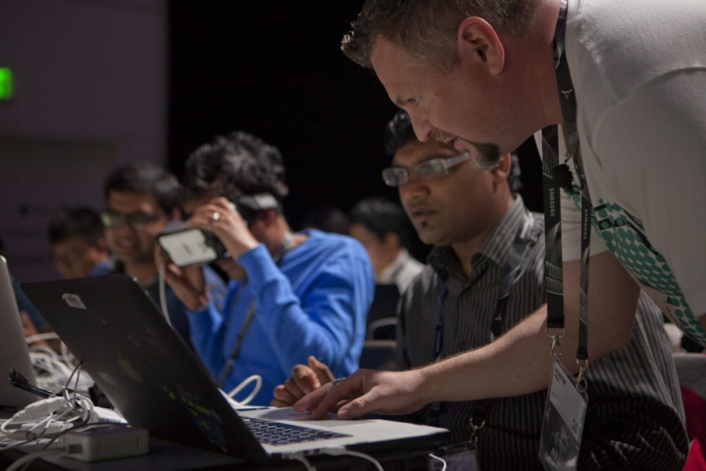 And at the 2016 Samsung Developer conference, that’s exactly what we did with VR-focused educational sessions that enabled people who built the technology to connect with those that are writing its future. VR is at the tipping point. Together we can push it over the edge. And when we do, entertainment, business—our entire world—will never be the same again.