The Galaxy S7 and Galaxy S7 edge are designed with an intuitive feel and uniform screen that maintain Samsung’s design heritage. The new user experience (UX) includes Always On Display that enables users to check time and notification with ease, enhanced use of messaging with minimized interference of other apps and one-touch shortcuts that increase functionality. With improved processing ability and software, the phones were designed with users’ needs in mind.

The UX designers of the Galaxy S7 and S7 edge explained the many design changes of the device and how they see these changes improving the user experience. 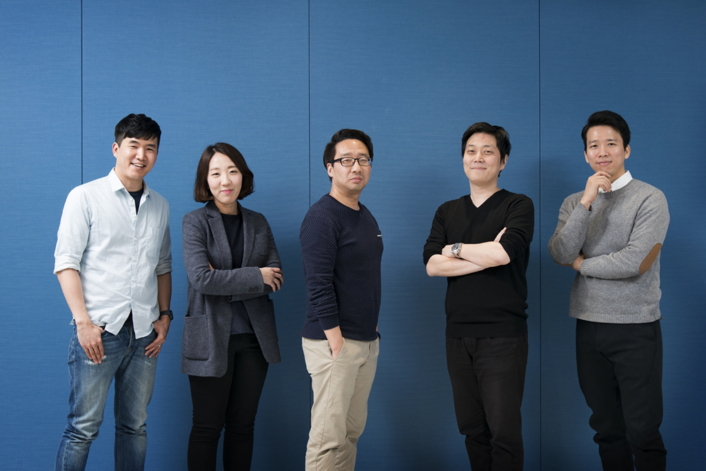 Q. What differentiates the UX in the Galaxy S7 and S7 edge?

Sangdeuk Nam: These phones are designed with special features that reflect the actual needs, usage patterns and experience of the users. In particular, the new UX includes refinements to the clock and weather information on the home screen, an app search within the app tray – making for a faster app search.

Hyosang Bang: As we designed the Galaxy S7 and S7 edge, we aimed the entire process of using the phone –taking it out of one’s pocket, using it and putting it back in one’s pocket – is one effortless flow of motion and experience. Through features such as the Always On Display, improved connectivity between messages, and quick access through the edge screen, the phones are designed to provide information in an intuitive and handy way.

Q. What is the Always On Display (AOD) and how do you expect users to benefit from this feature?

Jieun Yang: Through our research, we were able to see that users repeatedly turn the phone display on and off throughout the day just to check the time. The Always On Display allows users to check important information like time without turning on the screen and we expect improved user satisfaction from this feature.

To personalize their device, we also have developed themes like space, and many more, that users can download for AOD. The favorite theme will be applied throughout the device, including the clock and image on the home screen and will be continuous on the turned-on screen and the turned-off screen.

Q. What is the Smart Switch, and how will it benefit users?

Sang-a Eun: Some users are reluctant to change their phones because of the difficulty and inconvenience of moving data from one device to another. By using the Smart Switch, a service that allows users to easily send personal data from an old to a new device, users will have no trouble maintaining all previous experiences –even between various devices like a phone and tablet.

The users are able to transfer data from the previous device using a USB connector or by executing it in the setting menu of the device. To allow new users to easily and quickly send data themselves, we have explained the data transmission processes through image and infographic depicting the data transmission stage.

Q. What is notable about the Galaxy S7 and S7 edge messaging interface?

Hyojin Bae: The Galaxy S7 and S7 edge messaging are a trendier version of Legacy messaging and are intended to be used the same way as instant messaging (IM). We designed it to have Cross-app functionality, meaning that users can perform various activities using one particular app without moving around to different apps.

Sukjae Lee: For instance, if a user receives a web link in a text message, email, or memo app, they can use a web viewer to check the link in the same screen without exiting the app he or she was using. Also, the user can easily send attachments, like images, videos, music, memos, schedules, contact, and more, through a separate Attach Sheet interface.

Q. What is notable about the Sound & Haptic system in the Galaxy S7 and S7 edge?

Youngku Lee: The main focus in developing the audio ux was also the “consideration for users”. For example, we changed the low battery alert sound to be a more pleasant and relaxing auditory experience.

One example is the Galaxy devices’ signature sound – “Over the Horizon”. For the new Galaxy S7 and S7 edge, a fresh interpretation of the song has been uploaded in an exciting Fusion jazz style, a music genre that we think exemplifies the feeling of consideration.

Q. What are the improvements in UX for the enhanced edge function?

Q. Is there a possibility for the edge UX advancement in the future?

Jonghyun Han: Samsung has released its third edge model and is also continuously advancing edge UX. In addition to the edge functions that we have prepared, there are even more functions being distributed through the SDK for use by third party app developers.

In the future, we expect that there will be an increase in more diverse services and functions through the expanded scope of the edge. Opportunities for messenger services, various news providers, and O2O services are wide open as well.