[Interview] How Samsung Pay on Gear S3 Came to Be 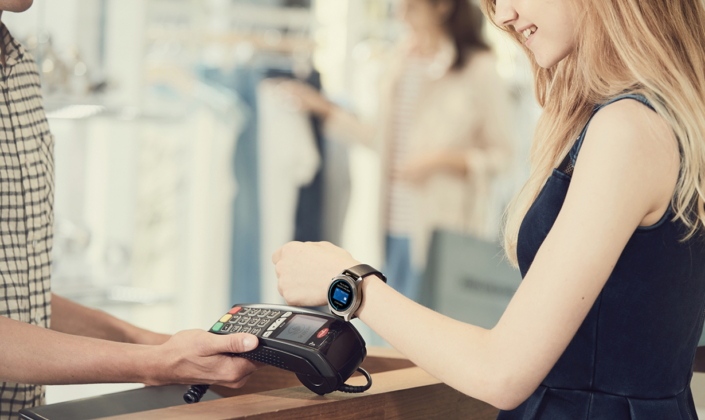 While wearable payments are just beginning to gain recognition among the masses, many industry experts believe that wearables will match smartphones as a strong payment modality within the next few years, thanks to their convenience in on-the-go situations.

Samsung has been at the forefront of this trend and has now made making mobile payments by wearable even more convenient through its inclusion, in select countries, of Samsung Pay on the Gear S3 smartwatch. Thanks to the Gear S3’s Magnetic Secure Transmission (MST) and Near Field Communication (NFC) support, consumers may now utilize Samsung Pay, the company’s simple and secure service that can be used virtually anywhere, to make purchases without a smartphone.

While making a Samsung Pay transaction is fast and easy, developing the technology to make it work was not.

To incorporate MST technology on a wearable for the first time, developers had to find a way to embed both MST and NFC antennas in the Gear S3’s small body, which proved to be a challenge on early prototypes. Furthermore, developers also had to ensure that the smartwatch’s battery was powerful enough to drive the service. After much trial and error, they finally found the optimal design.

In regards to usability, the hardware team wanted to ensure that Samsung Pay could be used intuitively on the Gear S3. But the sheer number of existing POS styles, combined with fact that each user has a different way of positioning the smartwatch on the terminal, made arranging the internal hardware components a big challenge.

After spending countless hours collecting data at various shops, the team was eventually able to create a design that enabled the Gear S3 to connect to the terminal regardless of the angle in which the user positions the smartwatch. Nevertheless, some sales clerks are still surprised to see the technology in use.

“I was recently purchasing a soft drink at LAX,” Shankar Narayan, Senior Manager, Samsung Electronics’ Payment Biz Group, begins his story. “After the cashier told me the price, I activated Samsung Pay on my Gear S3 and tapped it on the credit card terminal.”

“‘What are you doing!?’ the cashier enquired surprisingly. By the time he finished his sentence, the receipt was already printing.”

Simple and Easy to Use

To start using the service, users must first download Samsung Pay, which is accessible via the Gear Manager app, onto their Gear S3 and set up the companion app on their mobile device. Once a user registers their cards on their Gear S3, they will no longer require their smartphone to make payments. The user simply needs to long press the side button, enter their PIN, select the card they wish to use and tap the device on any point-of-sale (POS) terminal.

“Samsung Pay is known for being easy to use on a smartphone because of its swipe feature,” notes Jungyouel Bang, Senior Engineer, Samsung Electronics’ Wearable H/W R&D Group. “We wanted to replicate that simplicity on the Gear S3, so we added a button specifically for the pay service.”

Another benefit of Samsung Pay on the Gear S3 is that the service is compatible not only with Samsung devices, but other Android-running smartphones as well*.

One of the biggest concerns consumers have when it comes to making mobile payments is security. Just like Samsung Pay on mobile devices, Samsung Pay on Gear S3 uses the same trusted Samsung Knox security to protect personal payment information.

To enhance usability and convenience, developers made it so that a user only has to enter their PIN once to activate Samsung Pay. However, the service is locked when sensors embedded in the Gear S3 detect that the device has been removed from the wrist. As a result, the user must reenter their PIN each time the smartwatch is removed. This ensures that a user’s card information is protected in case the device is lost. Furthermore, Samsung Pay information can easily be deleted via the Find My Mobile website.

Additionally, Samsung Pay works on the Gear S3 in the same way it works on a smartphone—each service transaction uses an encrypted digital token to replace a user’s payment information. For added security, a transaction can only be made by long pressing the dedicated button on the side of the Gear S3. Because a transaction cannot be simulated by software alone, digital pickpockets cannot hack one’s information by way of RFID skimming.

“Nowadays, people are increasingly concerned about security, especially when it comes to mobile payments,” explains Sochang Sohn, Senior Engineer of Samsung Electronics’ Tizen R&D Team. “But when we describe our security architecture to someone who asks about it, their concerns are generally alleviated pretty quickly.” 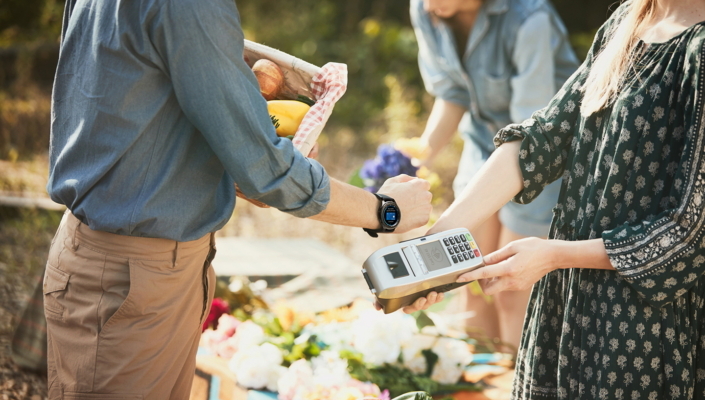 As noted by Youngjin Choi, Senior Engineer, Samsung Electronics’ Payment Service Group, Samsung remains committed to developing intuitive innovations like the Gear S3 and Samsung Pay, which have the potential to add new facets of convenience to users’ daily lives.

“Samsung Pay on the Gear S3 is ideal for those small, on-the-go payments, when it’s inconvenient to carry a phone or wallet, as a smartwatch is something you can wear every day,” says Choi. “We feel that this is what sets our service apart, and we’re optimistic about its growing adoption and acceptance in the years ahead.”