Here, product concept developers Elin Park and Jeongmin Seo from the Gear 360’s Product Strategy Team, as well as product designers Woojung Moon, Minki Ham and Namkyu Kim from the Next Generation Design Team, discuss how they optimized the device’s usability from the planning stage, how that consideration is reflected in the final design, and how to put the camera’s innovations to use to create dynamic content.

Q. What types of consumers did Samsung have in mind when designing the new Gear 360?

Elin Park: Last year’s Gear 360 targeted tech-savvy early adopters who were curious to try out a new way to create unique content. When we expanded the functionality of this year’s model, we made the device more useful to the main creators and consumers of digital content: millennials.

This is a generation of consumers who are tech fluent and constantly plugged in, recording and sharing their daily lives in real time through social media. They also prioritize bang for their buck, which is why the device’s increased functionality ultimately comes with a decrease in price.

Q. Could you expand on how taking a millennial-focused approach shaped the new model’s development?

Jeongmin Seo: In order to make the device more appealing to millennials, our plan was to adhere to the basic identity of the previous model while improving its portability, usability and price. These efforts led to the addition of key functions that young consumers will appreciate, including the camera’s livestreaming* and video and photo editing features.

By introducing the ability to broadcast live in 360 degrees, the Gear 360 offers millennials new levels of digital engagement. This function allows those who view your content to experience the scene as if they were right there beside you, and creates an immersive means to share special moments or snapshots of daily life with family and friends. Not only can you enjoy various special effects like adding stickers or filters to photos, you can also get creative with 5 unique viewing modes available in the Gear 360 app, which allow content creators customize their videos and photos without the use of a special lens. 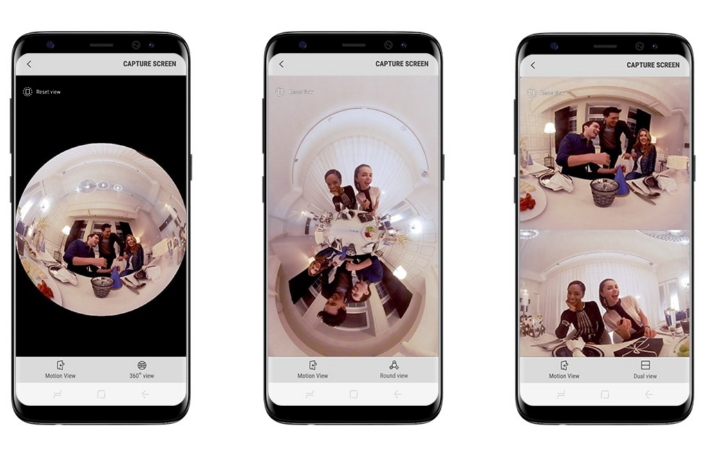 Q. The original Gear 360’s spherical form was quite unique. What led to this year’s redesign?

Woojung Moon: Last year, we focused on creating a design that reflected the device’s main function: capturing a full, 360-degree view of a scene in all its detail. This year, our goal was to create a model that was user friendly and ready for anything, and would make it easy to capture and share high-quality pictures and videos.

Minki Ham: The original model’s spherical shape proved quite popular with users, which is why when crafting the new Gear 360, we focused on a design that maintained that round identity while making the device easy to use in everyday life. The new ergonomic handle is a product of this utility-focused design process.

Because the camera was built for fun, we went with a form that looks quite playful. Aesthetically, the device resembles a friendly cartoon character, and we actually created a limited-edition figurine that brings that character to life. 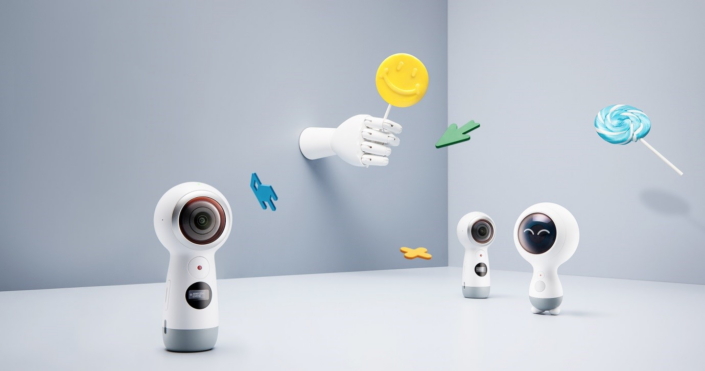 Q. What were some of the other adjustments that were made to streamline daily use?

Namkyu Kim: The new Gear 360 features a blend of inviting design and intuitive controls that make it a joy to use.

Because we wanted to ensure that the new model would be easy to interact with and carry, we chose to make it smaller and outfitted it with a handle and ring strap that provide a comfortable and secure grip.

By incorporating the ring strap, we’ve also provided users with a handy stand to use to prop up the device and record hands free. We also adjusted the camera’s shutter button to make it easier to access. 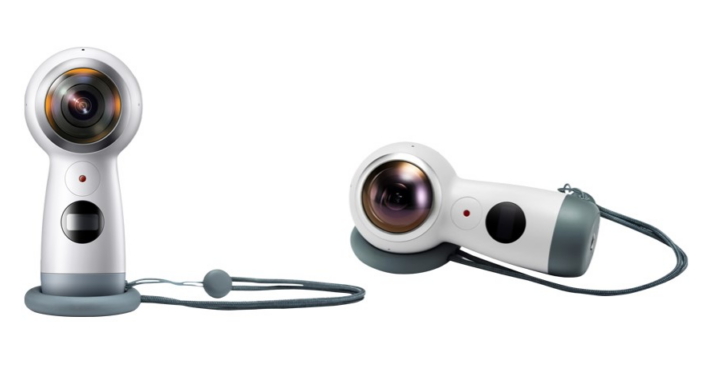 Q. How are the new Gear 360’s design and functions reflective of trends we’re seeing in the VR market?

Jeongmin Seo: When it comes to capturing content, the popular trend has shifted from photos to videos, from videos to VR, and ultimately to the platforms that provide the most realistic images.

In order to be successful, products like this must evolve with their platform. Right now, we’re seeing more and more popular media platforms – including YouTube and Facebook – incorporating support for 360-degree content, resulting in more consumers viewing and sharing immersive videos and images. This has resulted in a demand for VR technologies that allow users to create and fully experience dynamic 360-degree content.

Together with the Gear 360’s livestreaming capability and streamlined design, these collaborations will inspire more users to create and share their own 360-degree videos and experiences.

Q. In your opinion, what are some examples of content that’s best captured in 360 degrees?

Elin Park: Many consumers will purchase a camera for use during special occasions, such as a family vacation. However, our daily lives are, in fact, full of unique moments and memories that are perfect for capturing in 360 degrees.

Whether you’re recording your latest vlog or your child’s soccer game, a scenic vista or a family wedding, the Gear 360 allows you to capture a complete view of special moments, big or small, in a way that smartphones simply cannot.