Pioneer in 5G Standards, Part 1: Finding the ‘Land of Opportunity’ in 5G Millimeter-Wave 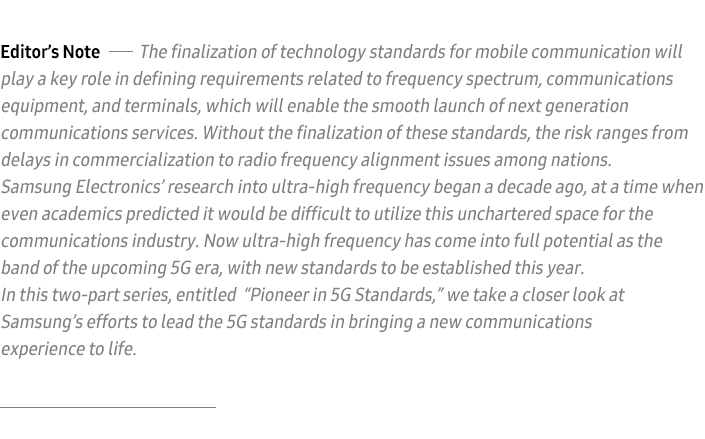 Starting May 21, the Third Generation Partnership Project (3GPP), an initiative uniting the world’s leading telecommunications standard development organizations, will convene in Busan, Korea to complete communication standards, vital for the commercialization of 5G wireless communications. Samsung Electronics’ research into ultra-high frequency (mmWave) for 5G extends back to 2009 when the Dallas, Texas branch of Samsung Research, formerly known as the Digital Media & Communications (DMC) R&D center, fixed its sights on the ultra-high frequency above 6GHz.

“We had a strong belief in the potential of ultra-high frequency, then considered uncharted space for the industry, and pushed forward in R&D, one step ahead of other companies,” said Sungho Choi, Vice President of the Standard Research Team at Samsung Research. “This was during a time when basically everyone in the telecommunications industry was busy preparing for the transition to 4G Long-Term Evolution (LTE), and there was great uncertainty as to what would come after.”

In 2009, the Dallas office initiated an in-depth study into next generation telecommunications technology and delivered a proposal on ultra-high frequency to Samsung Research. In the extensive 300-page report, ultra-high frequency, with the application of cutting-edge beamforming technology, was seen as the method to solve the challenge of ultra-high-speed, large-volume transmission.

This was at a time, however, when the dominant opinion of papers and books on telecommunications had doubt about the application of ultra-high frequency due to its drawbacks. However, believing in the potential of its discovery, in 2011, Samsung Electronics initiated an in-house project to expand upon research, and in the following year, Samsung Research established a “Next Generation Communications Lab,” accelerating the development of ultra-high frequency and 5G technologies.

As the culmination of its early efforts, Samsung Electronics’ successful demonstration of the world’s first 5G communications, with speed of 1Gpbs, made headlines in 2013, thanks to the close to four years of advanced research at a time when 4G LTE was enjoying its rise to the height of popularity. 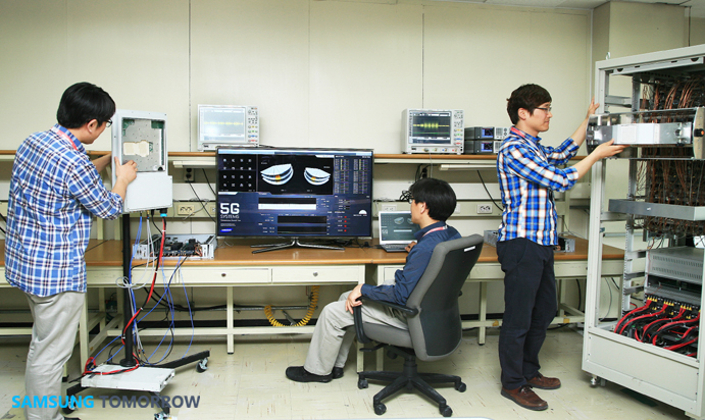 In 2013, Samsung Electronics successfully demonstrated the world’s first 5G communications, at a speed of 1Gbps.

The research into ultra-high frequency posed a critical question for the international community related to the ideal frequency band for 5G. At the time, nationally regulated frequencies, in the range between 0 and 300GHz, were already allocated for communications, broadcasting, science and military purposes. The challenge was encouraging as many countries as possible to use the same bands for 5G to accelerate standardization and commercialization.

“When beginning our research, we studied almost every ‘frequency map’ in the world,” said Juyeon Song, Principal Engineer of the Standard Research Lab at Samsung Research. “We arrived at the conclusion that the most applicable ultra-high frequency band is 28GHz.”

Samsung strived to continue technology development after identifying the optimal candidate band for 5G, 28GHz. However, researchers soon reached an impasse: persuading those countries, who had already allocated the band for core industries other than communications, as well as certain business segments, who were reluctant to rush the commercialization of 5G during the dominance of 4G.

“Witnessing the saturation point of using traditional frequencies below 6GHz, more countries began to pay attention to ultra-high frequency,” said Hyoungjin Choi, Principal Engineer of the Standard Research Lab at Samsung Research. “Targeting these countries and companies with a great interest in the utilization of the frequency band and commercialization of 5G laid the foundation for standardization.”

During the 2015 World Radiocommunication Conference (WRC), organized by the International Telecommunication Union (ITU), a specialized agency of the United Nations, the Korean government submitted a proposal on by Samsung. However, the issue was alignment with countries that wanted to use the ultra-high frequency band for services other than telecommunications services. During the ensuing four-weeks of marathon meetings, several ultra-high frequency bands were finally approved as candidate bands for 5G, propelling standardization.

Since WRC in 2015, with debate ongoing, Samsung has continued its efforts to advocate and serve as the leading proponent of 5G standardization, towards the aim of the development of technologies related to ultra-high frequencies. Read the second part of this special series for more on Samsung’s journey after 2016 to develop 5G standards, including 28GHz* ultra-high frequency. 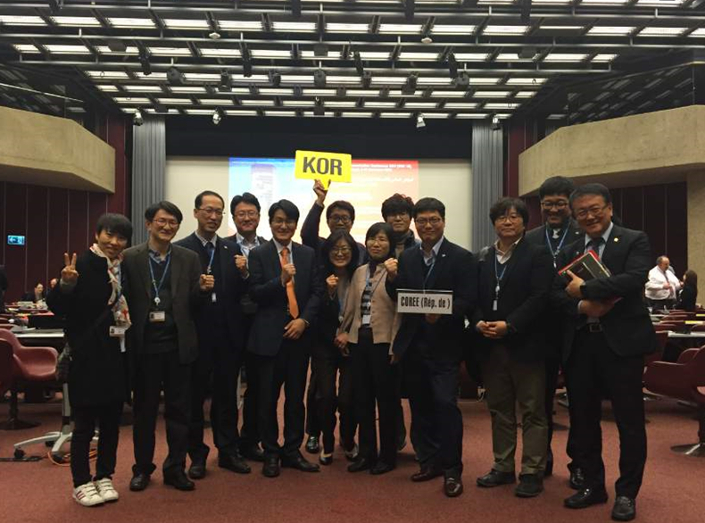 During the 2015 WRC, the Korean government submitted a proposal to utilize ultra-high frequency technology for 5G.