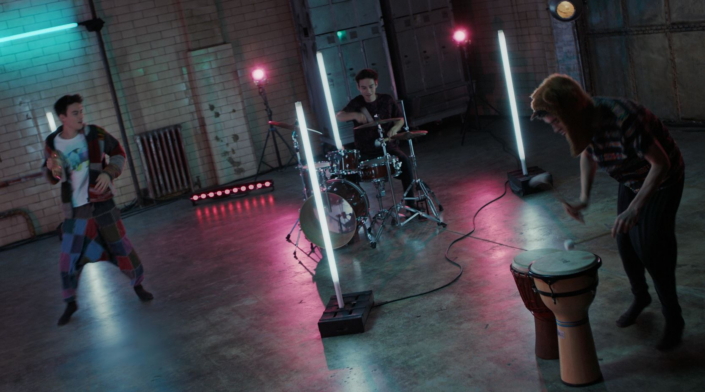 Each generation of Samsung’s Galaxy devices comes preloaded with a fresh new take on “Over the Horizon”, Samsung’s signature, six-note groove. To craft this year’s rendition, Samsung teamed up with Grammy Award-winning artist Jacob Collier – a leading light among millennial musicians – to compose a tune that’s as unique and inventive as the devices themselves.

Playful, upbeat and familiar, “Over the Horizon” has served as Samsung Galaxy devices’ default ringtone for six years now. For each new rendition, Samsung has fleshed out the six iconic notes within a different musical genre, producing melodies that have been at times funky, rockin’, orchestral and smooth – wholly distinct, yet instantly recognizable.

Like the musical prodigy himself, Jacob’s interpretation of “Over the Horizon” is multifaceted, and mixes elements of contemporary jazz, pop and dance beats to craft an energetic sound that straddles genres.

This will come as no surprise to those familiar with the young artist, who, at just 22 years of age, has already mastered more than 20 different instruments and garnered worldwide critical acclaim for his inventive, self-made videos, unique sound and award-winning arrangements.

As you can see in the music video below, Jacob brought much of the same artistic innovation to “Over the Horizon”.

Jacob arranged and recorded his version of Samsung’s brand song himself, employing a total of 16 different instruments that are harmonized in the video by a veritable ensemble of Jacobs. The video, like the song itself, is highly kinetic, having utilized a cutting-edge motion control camera to create a seamless ‘one-man band’ effect.

Together, the diverse selection of instruments, which includes drums, a bass guitar and a cowbell, composes a sound that’s rhythmic, melodic and teeming with youth and optimism.

Samsung’s latest take on “Over the Horizon” will make its debut with the release of the new Galaxy smartphone.