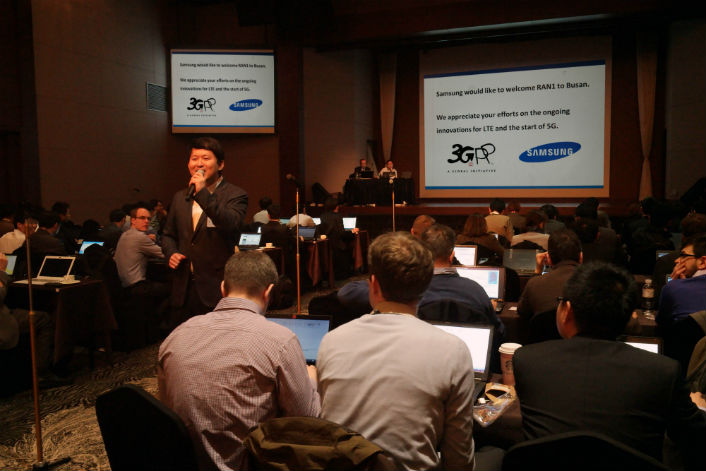 To discuss 5G wireless communications technology standards, Samsung Electronics is hosting a 3GPP* RAN1** meeting for five days in Busan, Korea. The international meeting, which commenced on April 11, brings together about 400 technology experts from 80 telecommunications businesses to begin the standardization of 5G technologies in earnest.

3GPP first began to discuss the 5G standardization schedule at the 3GPP RAN 5G Workshop held in Phoenix last September. The meeting will serve as the starting point of 3GPP’s in-depth research on 5G candidate technologies.

During this meeting, 3GPP members will discuss ways to support the effective integration of new services such as IoT (Internet of Things) into 5G, and measures to ensure the compatibility of the 5G technologies. 3GPP will conduct research in these areas until next June and plans to complete the first standardizations for 5G by June 2018.

**As one of the core tech groups in 3GPP, RAN (Radio Access Network) is in charge of terminal-base station interface standards.