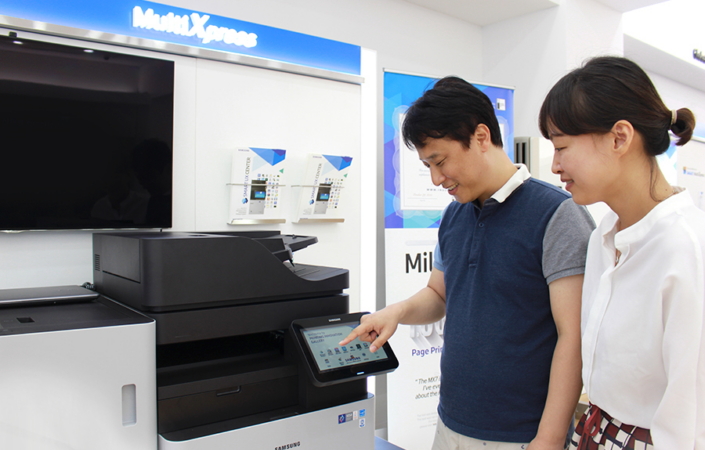 Until a decade or so ago telephones were all about hardware. The dawn of the smartphone, however, turned that on its head. In the mobile and tablet industry, where apps are now arguably more important than the devices they run on, software developers are now enjoying a golden era. Samsung’s Smart UX Center, first unveiled in 2014, is seeking to bring the same kind of metamorphosis to the printing business.

The party has begun, says Samsung Printing Solutions. And the good news is that software developers everywhere are invited.

At first glance, the Smart UX, Samsung multi-function printer(MFP)s’ tablet-like interface, simply looks like a modern touchscreen. However, a clue as to its true potential can be found in its name, says Jooho Um, Principal Engineer at Samsung Printing Solutions. 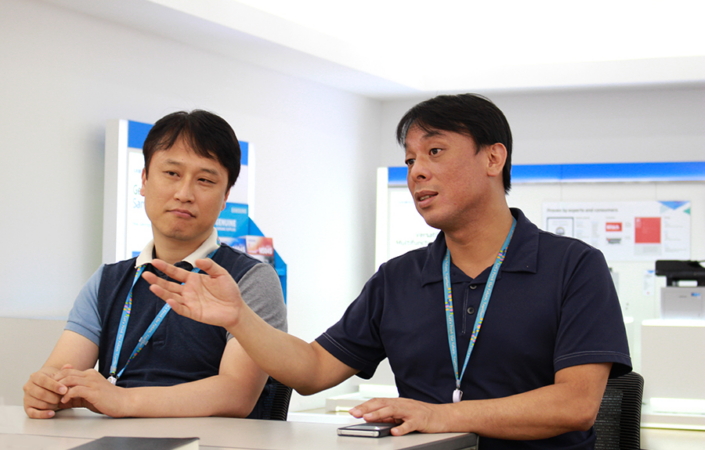 According to Principal Engineer Hyunjong Kang, another software developer at Samsung, the fact that the Smart UX Center is Android-based means creating printer software is now a game almost any developer can play.

And although app developers like Kang have already produced a range of handy apps for the Smart UX Center (some 33 to date in his case), non-Samsung developers can take advantage of this new platform too. 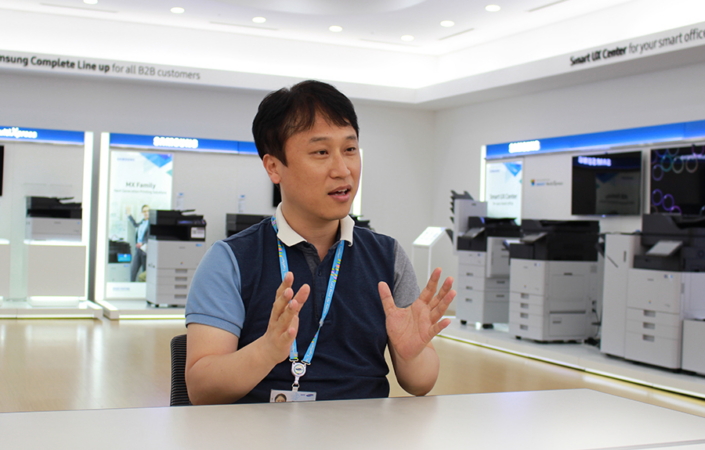 Kang says that Samsung sees itself as a technology leader, but now intends to let developers all over the world shape the future of app creation for the Smart UX Center. “We have just created the core technology,” he explains. “The multitude of developers out there will do the rest.”

“Just as the Smart TV has become the focal point of the smart home, the Smart UX Center has the potential to allow the MFP to become the hub of the office,” says Hyoeun Kim, Senior Engineer at Samsung Printing Solutions. “That means any business with an MFP will be needing a lot of apps in the very near future – presenting a great chance for developers.”

Software experts with a wide range of backgrounds are quickly coming around to the notion of the new platform. Smart UX center apps are created using Samsung’s Software Development Kit (SDK), which is based on the easy-to-use Android API system.

This means that developers familiar with building Android apps could feel intrinsically drawn to the idea of creating apps for the Smart UX Center. However, the Samsung developers say the fact that the SDK is so intuitive means you do not have to be a smart app development expert to get involved, either. 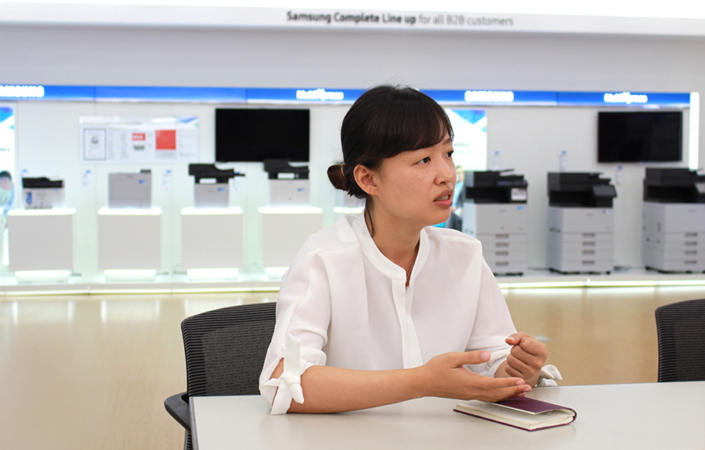 Kim says, “At first we had a lot of SDK requests from developers without much of a printing background – from people who had created apps for other smart devices. More recently, though, people with more printing experience and less in the way of smart apps are starting to get involved too. In many cases, there are developers who want to create Android versions of existing print apps. The SDK lets them do precisely that.”

Kang agrees that making Android apps with the SDK is a win-win situation for both designers and users alike. He notes, “Android is user-friendly when it comes to making apps, and users also find the platform easy to work with. I also feel that you can develop apps much faster with the SDK than with other tools.”

As business printing solutions can be even costlier than print hardware, software experts who develop particularly useful paid apps could stand to earn substantial rewards in what is now very much a nascent software field. Enterprises increasingly need customization solutions – something that app developers can now provide with the Smart UX Center.

Although the mobile and printing app development processes are very similar, understanding the subtle differences between the two could be key for any developer looking to score success with a Smart UX Center app.

“The biggest difference between printing software and mobile apps is that the former often involves developing apps for the business community,” explains Um. “That said, developers can make apps targeted at very different groups of people. Dealers, IT decision makers (ITDM) and end-users all require very different workflow scenarios, so all need very different kinds of app.”

If likes of Um, Kim and Kang are correct, the future is looking very bright for Android app developers everywhere. And as software professionals look to diversify their activities, consumers and businesses owners are already starting to feel the benefits. 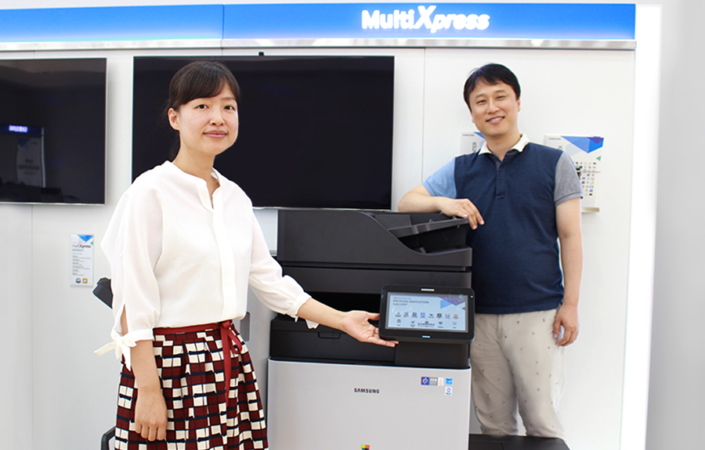 “This has torn up the rule book,” says Kang. “Just like as modern people cannot imagine their lives without their smartphones, enterprises of the future won’t be able to recall how they got by in the days before the Smart UX Center.”