The Galaxy S8’s Infinity Display: So Much More than Meets the Eye 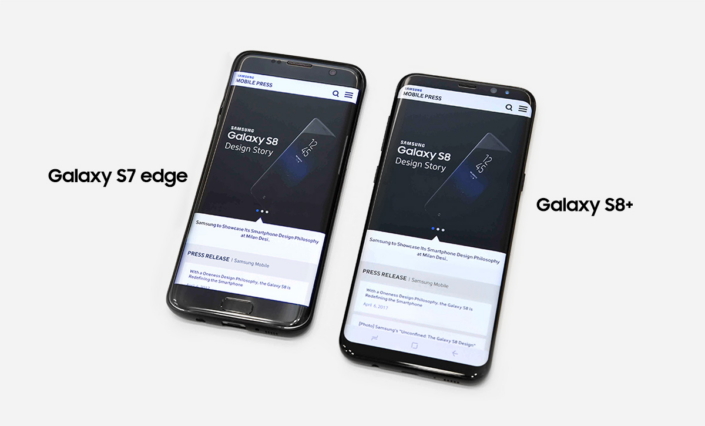 The Infinity Display, with its continuous surface, and absence of buttons and harsh angles, is perhaps the most visibly distinct attribute of the new Galaxy S8 and S8+. But there’s a lot more to its stunning screen than meets the eye. In fact, it represents new heights in technology, UX design and viewing experience – all the result of Samsung’s dedication to creating meaningful, user-inspired technology.

Solving the Paradox of Size

According to Seungjun Hyun of Samsung Mobile’s Global Product Planning Group, the “paradox of size” is still a primary dilemma for smartphone users. In other words, they want a device with a screen large enough to view more content with less distractions, but also one with a compact form factor that fits comfortably in one hand.

To address this issue, Samsung designers and engineers knew they had to take a bold leap forward.

So, when it came time to build the Galaxy S8, designers dreamed up a compact yet immersive screen that minimizes top and bottom bezels and does away with side bezels entirely to create an ideal platform for viewing videos, games and social media feeds. The process of turning their idea into a reality, however, wasn’t without its challenges.

“To reduce the bezel size by approximately 50 percent compared to that of the previous model, we needed to rethink how the internal components should be arranged,” noted Beomju Kim of the Flagship R&D Group. “For example, we moved the DDI (Display Driver IC) to the bottom of the device, placed the camera inside the bezel, and tweaked the antennas to maximize screen space while ensuring functionality.”

Once the Infinity Display concept was confirmed, designers made the decision to move the Home button from the front of the device to behind the display to free up screen space. Although not physically visible to the user, the pressure-sensitive button would utilize touch haptic feedback to simulate the feel of an actual button press.

To accomplish this, pressure sensors were embedded directly into the device – a first for Samsung.

“Because we had never mounted pressure sensors on a mobile device before, we had to perform a number of simulation trials,” explained Yongseok Lee of the Advanced Mechanical R&D Group. “In the end, we found that we could take advantage of the dead space between the panel and the Display FPCB (Flexible Printed Circuit Board), and embedded the pressure sensors there.”

Another obstacle was working around the dual-edge design of the Galaxy S8’s display.

“As stunning as it is, the double curvature of the display’s corners makes it incredibly difficult to attach a protective film. In addition, we needed to define the boundary of the screen so that the image would not be distorted due to the curved display,” said Minsu Jung of the Advanced Mechanical R&D Group. “So we had to work closely with the designers and engineers from Samsung Display to adjust the designs as needed.”

The ‘invisible’ Home key and nearly bezel-less, dual-curved display together result in a device that is as sleek as it is technologically innovative.

A New Standard in Mobile Entertainment

Not only does the Galaxy S8’s Infinity Display offer an immersive viewing experience but its new 18.5:9 screen ratio makes for a cinematic one, as well.

While TV shows, movies and video content of the recent past have generally been produced in a 16:9 aspect ratio, video providers of today and tomorrow are beginning to embrace widescreen ratios of up to 21:9.

“When 16:9 content and 21:9 content are overlapped, the best ratio for both is actually 18.5:9. The reason we chose the 18.5:9 ratio is that it was the most appropriate when all content, from apps to multimedia to video to games, was tested and applied,” said Seungmin Choi of the Global Product Planning Group. “We went through a lot of tests, modifying the pixels one by one until we were satisfied with the result.”

When watched in landscape mode, 21:9 movies fill the Galaxy S8’s 18.5:9 display, while the black bars above and below the picture are minimized, increasing the viewing area by 36 percent, compared to the Galaxy S7.

In addition to boasting an enhanced aspect ratio, the Galaxy S8 is the first officially designated Mobile HDR PremiumTM screen, meaning users can watch content in the way the producer intended.

“The UHD Alliance’s standards mostly apply to televisions, so we had to work hard to define specifications specifically for mobile devices,” said Jeonghun Kim of the Display Group. “Attaining the certification required the close cooperation of numerous teams.”

While the Galaxy S8’s Infinity Display takes the mobile entertainment experience to the next level, it’s also optimized for multitasking, making work and on-the-go tasks easier and more efficient.

With more screen real estate, users can make use of the phone’s multi-window functionality to perform multiple tasks at once, such as watching a video while typing a message using the full keyboard. The new Snap Window feature, meanwhile, lets them pin a specific area from a recent app to the top of the screen, and continue using the area below it to work and view content seamlessly. 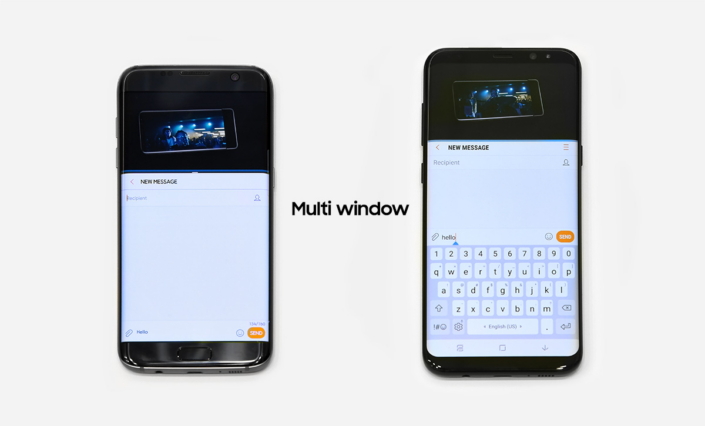 The Galaxy S8 has also been optimized for one-handed operation, with a focus on reducing scrolling within the phone’s navigation screens as well as within timeline-based applications like social networking sites.

Further, engineers have built in shortcuts to make using the phone even more convenient, including a swipe gesture that allows users to reach the furthest corners of the screen without having to reposition the phone or their hands. 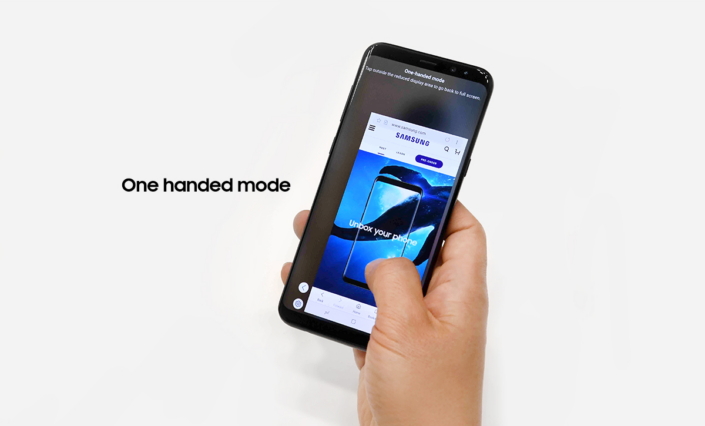 By elegantly balancing several competing demands – the perfect ratio for today’s content, the need for a bigger screen in a compact phone body and intuitive one-hand operation – Samsung’s engineers have created a one-of-a-kind display for the Galaxy S8.