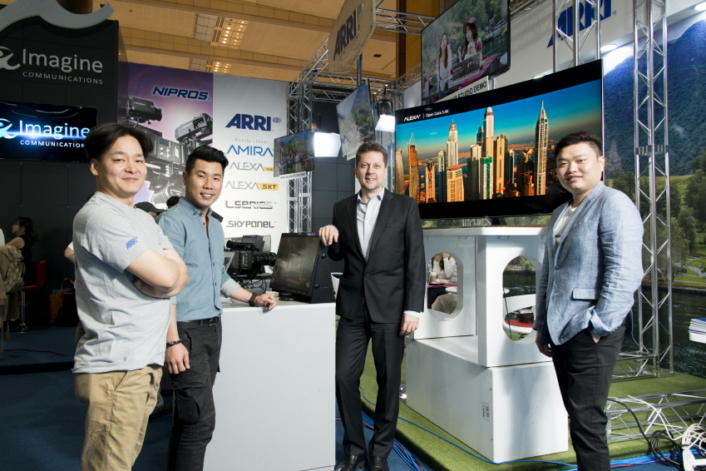 For filmmakers, the link between cameras and display technology is paramount. They want cameras that can capture the full vividness and richness of their scenes, and then they need to be able to replicate those images for the audience. And increasingly, Samsung’s SUHD TVs, which use Quantum Dot (QD) technology to produce unrivalled high dynamic range (HDR), are becoming the choice of cinematographers, directors and other creators.

The capabilities and richness of Samsung’s SUHD TVs were on display at the Korea International Broadcast, Audio, and Lighting Equipment Show 2016 (or KOBA 2016), held May 24-27 in Seoul.

How Samsung’s Displays Became the Choice of ARRI

The ARRI Group is a German manufacturer of motion picture film equipment, globally renowned for its reliable and high-quality products. 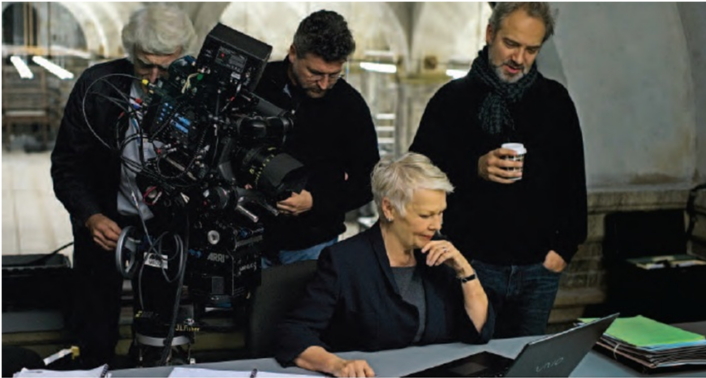 Roger Deakins, a famous cinematographer (left), working with an ARRI camera in the making of the James Bond thriller Skyfall. (Photo from the ARRI Group) 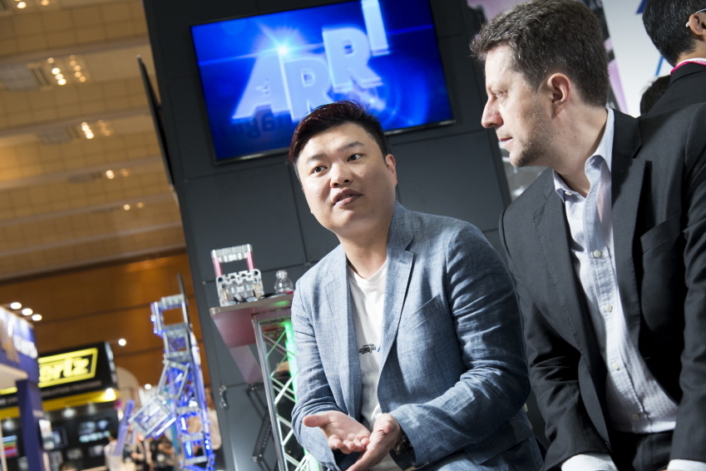 Although ARRI produces all kinds of lighting and filming equipment, the company is most famous for its cameras. Most of the 2016 Academy Award winning movies were filmed with ARRI cameras. Notably, Emmanuel Lubezki, a famed cinematographer who works with ARRI camera in many of his films, won the Academy Award for Best Cinematography for three consecutive years, for Gravity (2013), Birdman (or The Unexpected Virtue of Ignorance in 2014), and The Revenant, 2015).

HDR-enabled Quantum Dot TVs are able to deliver life-like pictures, clearly displaying even the smallest details, like the wrinkles of a person’s skin.

And at the ARRI booth at KOBA 2016, what was the German company’s choice to best demonstrate the clarity and beauty of its cameras? They chose Samsung’s Quantum Dot Display SUHD TVs.

“The Only TV That Can Perfectly Display Our Content” 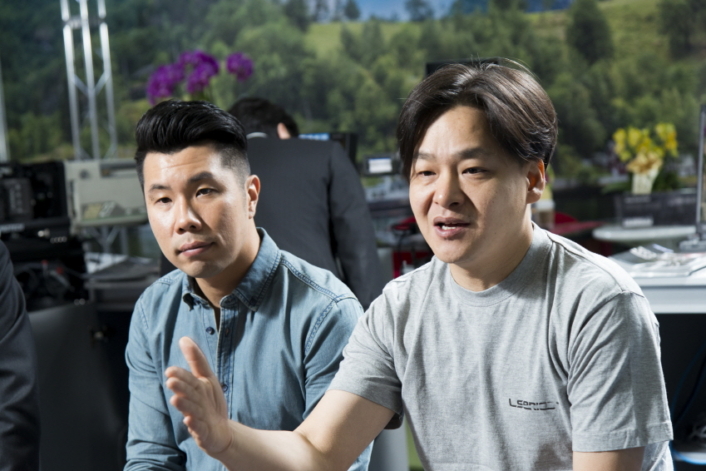 “HDR is an influential technology that may have a huge impact on our everyday lives by delivering a greatly advanced visual experience,” emphasized Kim Tae-Jung (right), Business Development Manager, ARRI Asia.

Until now, even the most skillful cinematographers often failed in their attempts to deliver life-like images due to limits in existing display technology.

“It was a chronic problem in the video industry since the available displays often failed to reveal what was filmed through high-end cameras,” said Kim Tae-Jung, Business Development Manager, ARRI Asia.

Now, however, HDR display technology is transforming the industry. With HDR, it is possible for a display to make the bright highlights brighter and the dark areas darker, maximizing visual effects by adjusting the contrasts in brightness.

“Thanks to HDR, you can now enjoy videos that look closer to what the director intended you to see,” said Kim. “The ultimate goal of HDR is to realize the same range of contrast as real life.” 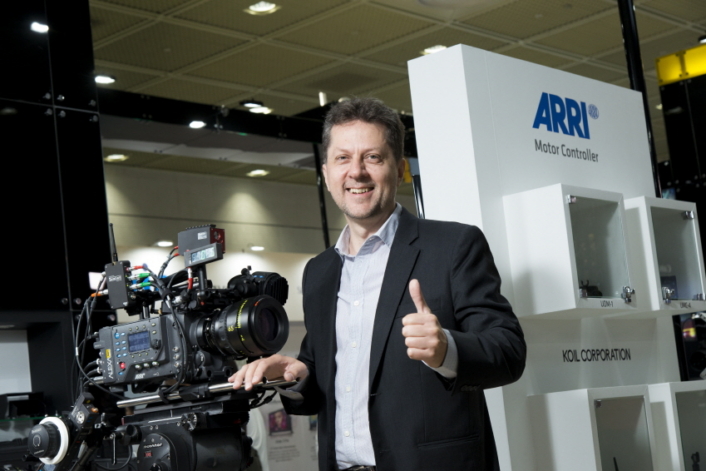 “We expect to see much demand in the Korean market, which has won global recognition for its high-quality TV dramas and movies,” said Paul Ivan, Managing Director of ARRI Asia.

But to get the most out of HDR, a TV needs to have strong capabilities in color and light expression. This is where Samsung’s recently released Quantum dot SUHD TVs shine, as they are able to express a brightness of 1000 nits[1] or higher using HDR. This is exactly why ARRI choose them. 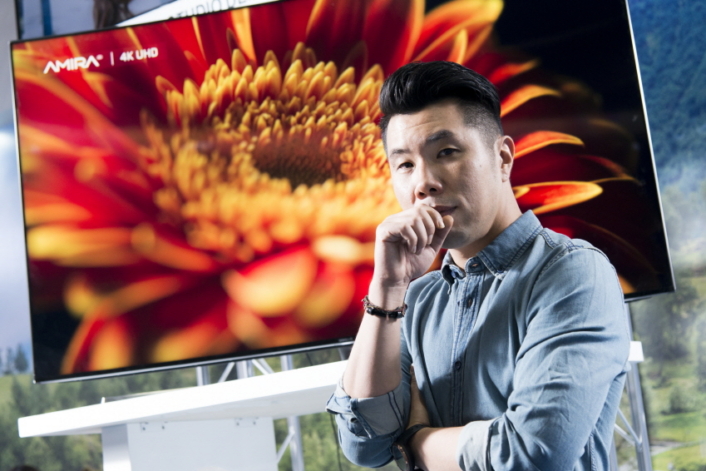 For the exhibition, Um Tae-Sik, a cinematographer and colorist, demonstrated how calibration[2] works, using a Quantum Dot SUHD TV and a famous Korean TV drama, Descendants of the Sun.

“Regular and even breathing is evidence of good health. And the same applies to any video, since consistency in color and brightness is a prerequisite for high-quality video. In the past, after I finished the first draft of a calibration in a reference monitor, I had to check the results on a typical TV. However, it was different with the Quantum Dot SUHD TV I used for the demonstration: I didn’t have to use a reference monitor separately for calibration, and the result was quite satisfying.”

Um Tae-Sik performed a calibration using a scene from Descendants of the Sun. The left picture shows the “after,” while the right one shows the “before.”

All of the industry experts we talked to at KOBA 2016 agreed that Quantum Dot SUHD TV is a welcomed advancement for the video industry, providing better access to higher quality displays. It has long been a dream for filmmakers to be able to show their content in all the color and detail as real life.

Samsung’s Quantum Dot SUDH TVs are making this dream come true, offering truer to life HDR images than were ever possible before.

[1] Nit: The nit is a unit of visible-light intensity commonly used to specify brightness. One nit is equivalent to one candela per 1m3.

[2] Calibration: The task of mastering video content so that it reproduces the same results on all display devices.