Bengaluru is India’s Silicon Valley. It is home to three quarters of the country’s total IT workforce of 2.5 million, being one of the vital engines that run the economy. The city also prides itself of hundreds of successful startups, across sectors.

But before IT came to the city, and before startups took it over, it was the original Garden City of India known for wide roads, pleasant climate, and beautiful old buildings that the British and the Maharaja of Mysore gave it.

Even today, if one looks around, heritage buildings remain the soul of the city. 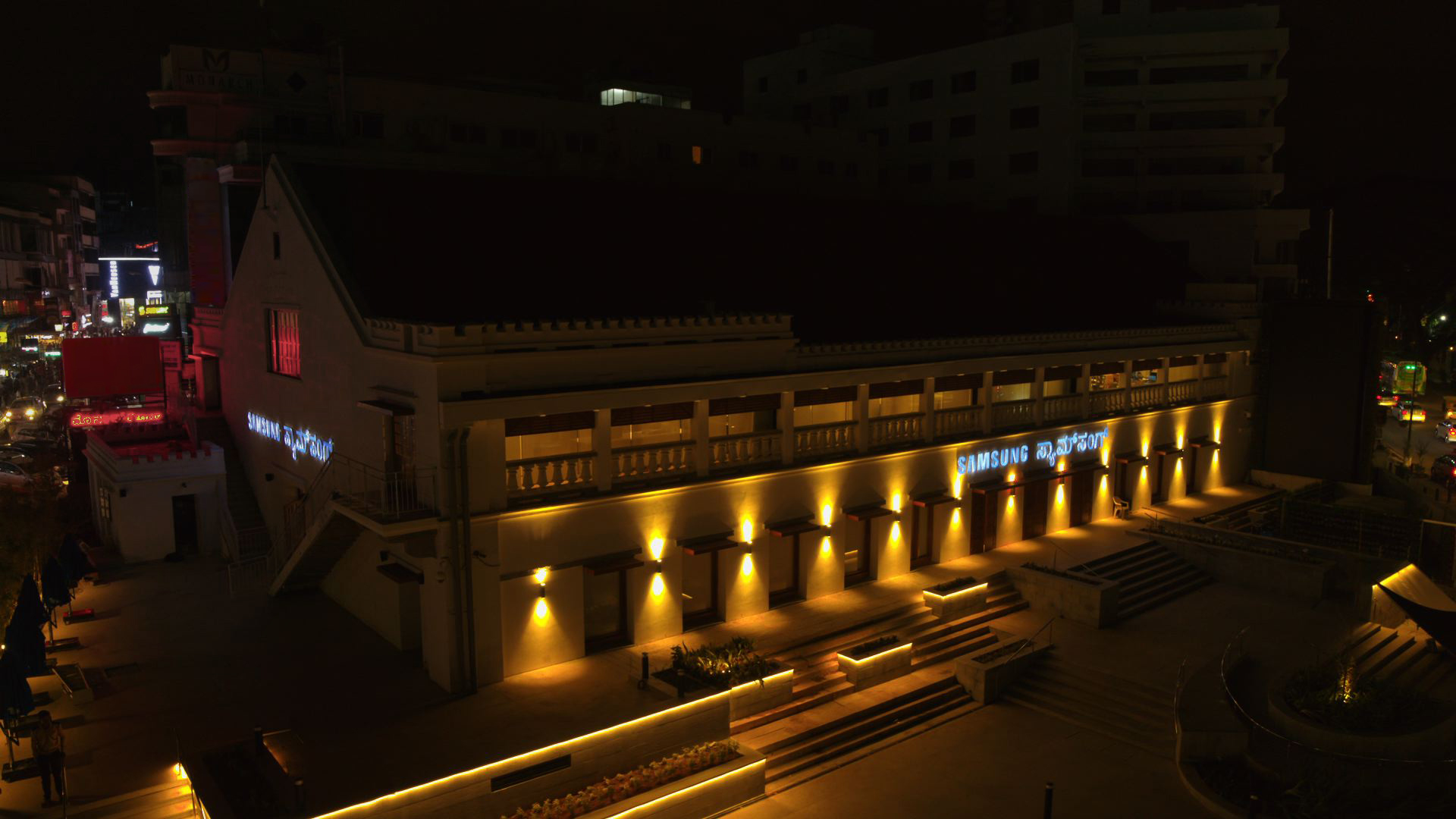 In a study commissioned by Samsung on Bengaluru some time ago, a third of the respondents felt the city’s heritage buildings and architecture, which is a mix of colonial and art deco buildings spread across the city, defined its character.

Then, a sizeable 77% of millennials and 63% of non-millennials said they would want to restore heritage buildings and see them being converted into public spaces for art, culture and other events around technology and startups to hone the dreams of its residents.

Bengaluru is also where Samsung runs its biggest R&D centre outside South Korea, and houses the World’s Largest Mobile Experience Centre, Samsung Opera House, in a beautiful British-era building right in the heart of the city.

People of Bengaluru are passionate about their heritage, about their culture, which is why over the years, they have come together to protect heritage buildings that so define it. One such building that heritage lovers have helped protect is the 150-year-old iconic Balabrooie Guest House. There are many such instances of civil society movements to protect heritage.

“People in Bengaluru savour their heritage in a very passive way, not wearing it on their sleeve, but in their hearts,” says Harish Bijoor, who is as passionate about all things heritage in Bengaluru as he is about marketing, his main calling.

Mohandas Pai, chairman of Aarin Capital Partners, who led the IT revolution in the city, remembers his days as a student at St. Joseph’s College. He recalls bunking classes with friends and going for noon shows at Opera House on Brigade Road, which ran as a theatre those days.

Opera House is now Samsung Opera House, after Samsung India restored the British-era property over a period of two years and re-opened it as the World’s Largest Mobile Experience Centre. Today its façade continues to don its magnificent original look and feel while on the inside, a modern experiential space has been developed with extensive use of technology.

Samsung Opera House is slowly becoming a playground of ideas and art and culture, with events being organized around fitness, photography, gaming, music, movies, food, stand-up comedy, technology and startups at the sprawling plaza area outside the building.

The Samsung model is a great one to follow, says Bijoor. “Keep the exterior the way it was, and jazz up the interiors. I want to see more such old structures and markets being developed like Samsung Opera House,” he says.

“A city has to preserve its past, its culture, and heritage. Having classical architecture shows continuity in planning,” adds Pai.

Mohammed Ameen, who operates Samsung Opera House says when the building was reopened in 2018, he heard from many old-timers their recollections of Opera House in the olden days. “Many people came up to me and told me about the movie they had seen here. Someone said he had got his ‘date’ here. They love that it’s back in action, even if it is in a new avatar,” he says. “I am happy Samsung has created something for the GenNext of Bengaluru. I am looking forward to co-work with Millennials and GenZ in the days to come,” he adds.