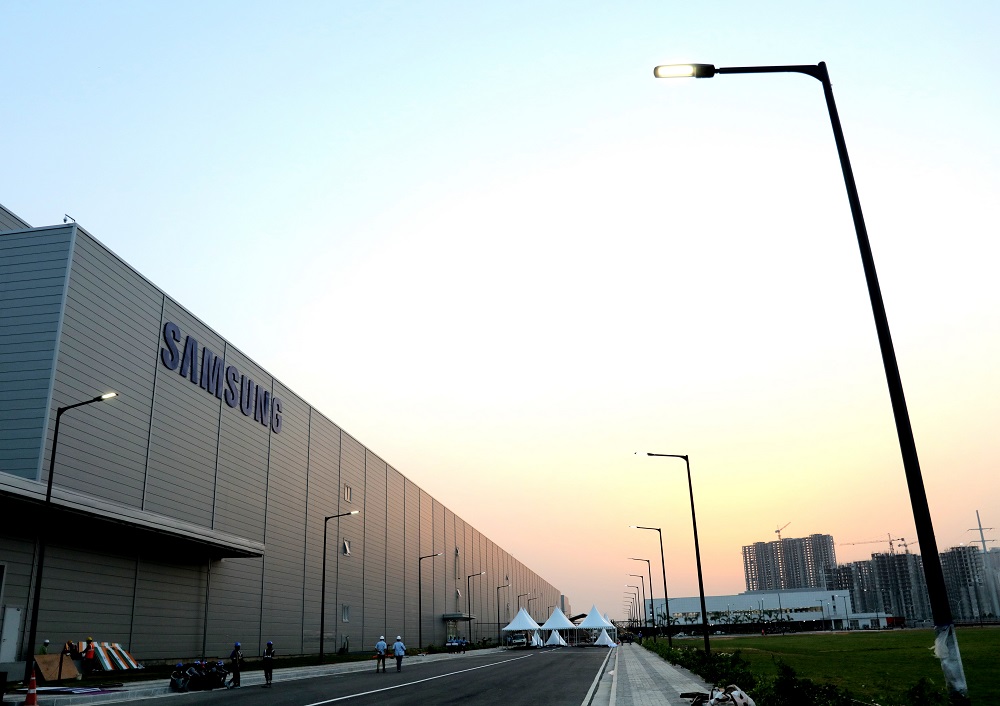 Samsung India also launched its ‘Make for the World’ initiative, whereby it aims to export mobile handsets produced in India, to overseas markets.

Samsung has been manufacturing mobile phones in India since 2007, and is the only brand that is truly made in India. Samsung India has been populating Printed Circuit Boards (PCBs) right from its inception and is aligned with the Government of India’s Phased Manufacturing Programme (PMP) goals.

On June 7, 2017, Samsung had announced an investment of INR 4,915 crore to add new capacity at the Noida plant, under the Uttar Pradesh government’s Mega Policy.

“Our Noida factory, the world’s largest mobile factory, is a symbol of Samsung’s strong commitment to India, and a shining example of the success of the Government’s ‘Make in India’ programme. Samsung is a long-term partner of India. We ‘Make in India’, ‘Make for India’ and now, we will ‘Make for the World’. We are aligned with Government policies and will continue to seek their support to achieve our dream of making India a global export hub for mobile phones,” Mr. HC Hong, Chief Executive Officer, Samsung India, said.

The Noida factory, which was set up in 1996 is one of the first global electronics manufacturing facilities set up in India. A bigger manufacturing plant, spread over 129,000 sq. metres, will help Samsung meet the growing demand for its innovative products and services across the country and also fulfil the Company’s goal of making India an export hub for the world.

As a true market leader, Samsung continues to provide cutting edge technology and enriching experiences to Indian consumers with its mobile phones made at the Noida plant, supported by a large ecosystem of suppliers in the Delhi-National Capital Region and partners across the country. All Samsung mobile phones, including the flagship Galaxy S9, S9+ and Galaxy Note8, are made at the Noida plant.

Since its entry into India in 1995, Samsung has set new benchmarks in innovation led manufacturing and consumer marketing, and established itself as a truly national brand. It has consolidated its market leadership in the country with two factories, in Noida and Sriperumbudur, near Chennai, five R&D centers and one design center. These are supported by a strong network of over 1.5 lakh retail outlets and 3,000 customer service points, the largest by any company in the country.

In October, 2016, Samsung launched 535 service vans to provide timely and quality customer service to consumers across the country, touching every remote village in all 6,000 talukas. Samsung has emerged as a truly Indian company at heart by fulfilling its commitment to ‘Make in India’ and living its promise of ‘Make for India’.