Samsung R&D Institute – Bangalore (SRI-B) has been recognized as the ‘Champion for Local Markets’ at the prestigious Zinnov Awards 2018.

The jury deemed SRI-B as the winner based on parameters such as its vision, initiatives, implementation and impact in the local market.

Under Samsung’s ‘Make for India’ initiative, SRI-B has been developing several India-specific innovations by understanding Indian consumers’ lifestyle and pain points. As part of this program, SRI-B has developed innovations for various B2C, B2B and Business to Government products.

“It is imperative to understand the challenges and pain points that Indian consumers face in their day to day lives and provide suitable technology solutions. Samsung has recognized this early on and has been continually innovating along this path to empower Indians and their businesses under its ‘Make for India’ program,” said Dr. Aloknath De, Chief Technology Officer, SRI-B. 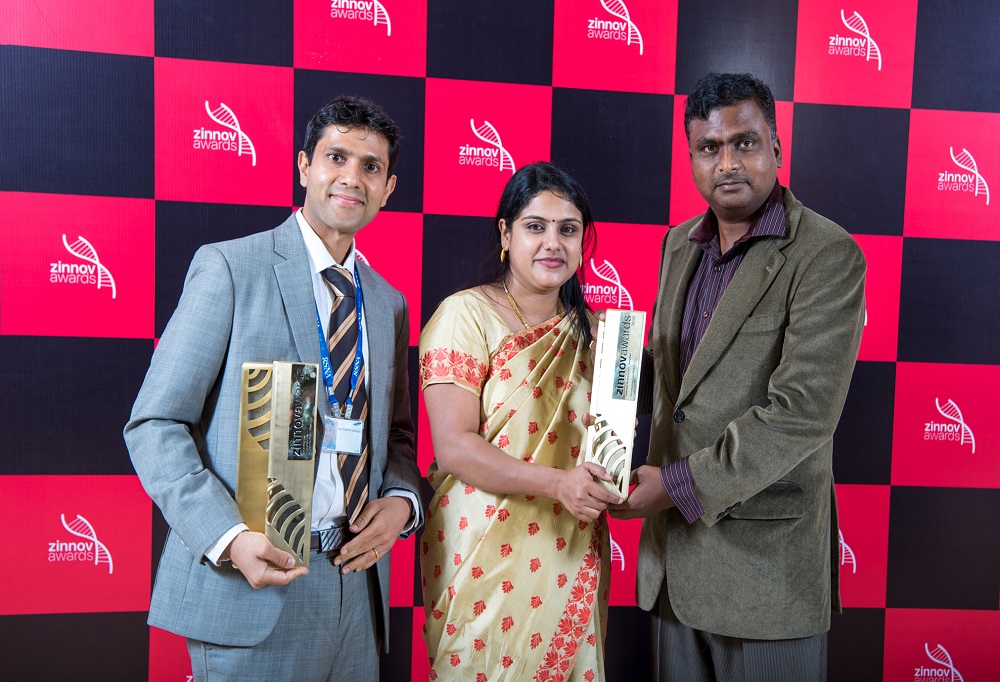 SRI-B has more reasons to celebrate this year at Zinnov Awards 2018 as Karthik Krishnan, who is a member of the Health and Medical Equipment (HME) Team at the R&D centre working on Medical Imaging and Visualization Technology, won the award for ‘Technical Role Model (Mid-level)’. He was awarded for his capability to influence others within SRI-B as well as beyond, to follow a technical career path.

“I am elated to have won this award from Zinnov as it is a testimony to the vibrant ecosystem that we are able to work within and create new technology. I would like to thank my team for all their support through the years, as well as SRI-B which has given me the opportunity to collaborate with others in our ecosystem and build my technical skills,” said Karthik after winning the award for ‘Technical Role Model’.

Over the last three years, SRI-B has introduced several products and services for its Indian customers. When Bixby Voice came to India with the Galaxy Note8, it was optimized for India by the SRI-B team to understand English in Indian accents. The device was also embedded with a feature that recognized text messages written in Hindi with the S-Pen and converted the message into Devanagari script. Engineers at the R&D centre had recently developed the Social Camera mode that was launched in the Samsung Galaxy J7 Max Smartphone. The Social Camera mode allows users to instantly edit and share photos and videos directly to social media sites from their camera app. SRI-B has also developed the Samsung Tab IRIS, which is the first commercial IRIS integrated tablet to be approved by UIDAI for Aadhaar and KYC verification.

To read this story in Hindi, Click here- https://news.samsung.com/bharat/samsung-india-campaign-wins-glass-award-at-cannes-lions-2018