A must-have for upcoming sporting events 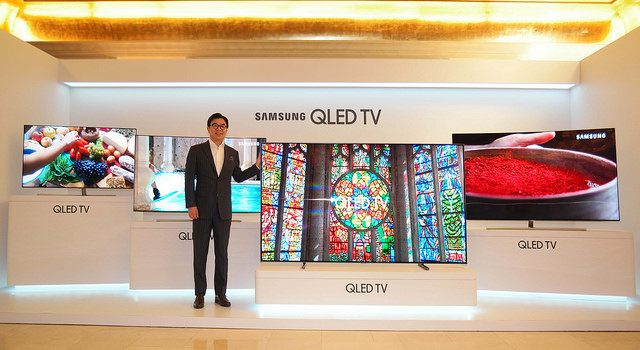 JOHANNESBURG, South Africa, 24 April 2018 – QLED TV is leading the market for extra-large, ultra-high definition TVs. When it comes to the state of the current TV market, it’s clear that consumers are after larger screens, a trend driven by rising income levels and changing consumer expectations. Recent years have seen the standard for what constitutes a large screen TV change. Whereas previously, large screen TVs were classified as measuring 55-inch. Now, that classification has crept up to TVs over 65- or 75- inch in size, with the super large category also now a category in its own right.

The market for extra-large, or above 75-inch, TVs is expected to experience even more pronounced growth of 47% this year, a key reason why Samsung has made this segment a core focus area. In the first quarter of this year, the company’s global sales of 65-inch and larger TVs increased over 35% year over year. In the same period, sales of Samsung TVs in the South American market spiked nearly four times and the demand for large-sized Samsung TVs almost doubled in Korea.

For the overall 75-inch and larger TV market, there was almost three times sales growth in the first half of this year, as compared to the same period last year.

Samsung QLED TV has been designed with convenience in mind and reflecting consumer needs with features such as artificial intelligence based on Bixby and SmartThings App, the One Invisible Connection that combines complex connection lines into a single cable, and Ambient mode which enables the TV to depict images and information, even when the TV is off.

“With the very full major sporting events line up this year, including 2018 World Cup Russia and the Asian Games, we expect the demand for large-sized TVs to grow rapidly,” said Samsung’s Mike van Lier, Director Consumer Electronics. “This year, for QLED TVs, we aim to double growth, as well as continue our leadership in the global TV market by driving the ultra-large TV market.”