The Art of Home

Integrating the inevitable television screen into your interior design plan has long perplexed even the most inspired designers. 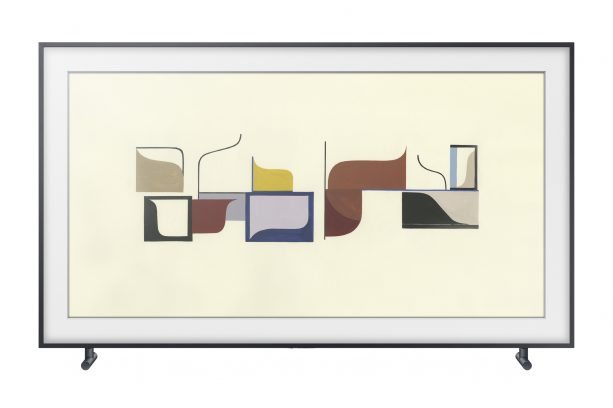 JOHANNESBURG, South Africa, 6 February, 2018 – South Africa was way behind the rest of the world in introducing television to its citizens, with many people being disappointed they were unable to watch the moon landing in 1969. When it was finally introduced in 1976, it quickly became an integral part of everyday life. Since then, homes have incorporated a TV room or a lounge layout that is staged around the TV to enhance viewing ability. Some may remember that when the first television soapie, Dallas, burst into living rooms on Tuesday nights, everyone was completely hooked – in fact, restaurants began installing televisions, so they wouldn’t have to close on Dallas nights.

With the introduction of video machines, scheduling became less of an issue and viewers could take a little more control of when and what they watched. Now with intelligent systems that can record as well as the ability to stream just about any piece of content, viewing habits have changed completely, to fit into lifestyles rather than the other way around.

Even with personalised viewing habit, the screen is here to stay, and ever-evolving technology will ensure that it remains a basic feature of any home’s interior. But, there’s still the issue of where to put the screen and how to position the furniture to accommodate watching it.

There are myriad articles online that offer inspiration around how to either incorporate or hide your television screen in interior design planning. From mounting the screen above a fireplace to hiding it behind a specially designed armoire, the inspirations are almost endless. A newer trend is to ‘hide’ the television in plain sight by integrating it into a media wall or as part of an art feature, in the hope that when its off it’ll merge into the background. But unless you have an all-black interior, it unlikely to truly disappear or even merge.

That’s where the enticing new offering from Samsung enters the fray. Designed in collaboration with award-winning designer, Yves Behar, The Frame is a television that’s also an incredible piece of art. Or rather, a number of pieces of art, depending on your current state of mind or taste. The Frame can be flush-mounted, so there’s no distinguishing it from other pieces of art on your walls, but that’s not the best part. Besides the fact that the screen offers the very latest in QLED tech, so colours are extraordinarily vivid and there’s a brightness sensor that ensures perfect viewing no matter the time of day or lighting conditions. The Frame comes with the Samsung Collection, which is an exclusive, professionally curated collection of art from 37 renowned artists spanning 10 genres. You can also choose to add to the already substantial art collection through the online Art Store, where you can access works from partners Albertina Museum, LUMAS, Magnum Photos, Saatchi Art and Sedition. Or, you can display your own artwork or photographs with the easy-to-use templates on offer.

Still can’t picture it? The bottom line is, when you’re not watching television, you can switch the screen to Art mode and anyone will be hard-pressed to figure out where you’ve hidden your TV. The Frame bevels are customisable, with three colour options of beige wood, walnut and white that are magnetised for effortless attachment. The screen has motion sensors, so if you’re not in the room, it switches off, saving energy.

The frame has even more ‘stealth’ aspects. The invisible, 15m optical cable makes the old-style mass of tangled cables a thing of the past and the one remote with enhanced capabilities ensures you only need to push one button to get the mode or channel you want. In conjunction with the QLED TV technology, the One Remote has Auto Source Recognition technology that automatically detects what kind of device is plugged in an and you can control everything from one source.

Planning the look and feel of your home’s interior is a highly personal exercise, with individual style and taste as well as specific lifestyle ideals coming into play. Whether you are a TV addict or only use yours to watch certain sporting events or shows, there’s no doubt you’ll have a screen somewhere in your home. How you integrate your unique viewing needs into your interior design is certainly a matter of personal preference, but with The Frame, the question of how to hide it no longer exists.