Digital Signage: A New Way to Interact with the World Around Us

In famous locales such as Madrid’s Plaza Callao, corporate logos and towering displays illuminate the streets and captivate the passers-by that wander past them. They are a shining example of how much signage has become ingrained in our daily lives.

Out-of-home outdoor digital displays, often referred to as DOOH (Digital Out-of-Home) signage, like the interactive billboards and street guides that have transformed the world’s cities, are perhaps the most obvious example of the evolution of modern communications. In fact, signage is completely changing the way we interact with the world around us.

For example, with the incorporation of the Internet of Things and big data, signage allows for a more personalized shopping experience. This is exemplified in new displays that utilize consumers’ shopping histories to recommend specific products, or allow customers to see virtual models that share their height, weight and even hair color posing in a selected outfit.

Restaurants, too, are leveraging digital signage to enhance the dining experience through interactive digital menus that let diners easily customize their orders.

At concerts and sporting events, digital signage provides a full view for all so that not a minute of the action is missed. With the addition of AR technology, the audience can learn about the performers or players in a way like never before, taking entertainment to an entirely new level. 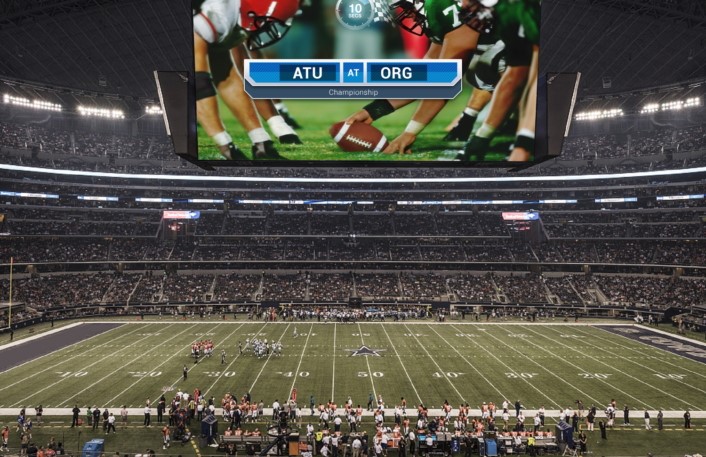 In the workplace, teams can now connect their own devices to LED signage to more conveniently collaborate on projects. In this way, signage drives a more open idea exchange, and helps participants overcome the limitations of one-way communication. It also significantly improves professional and educational presentations by allowing for enhanced engagement through captivating visual media. 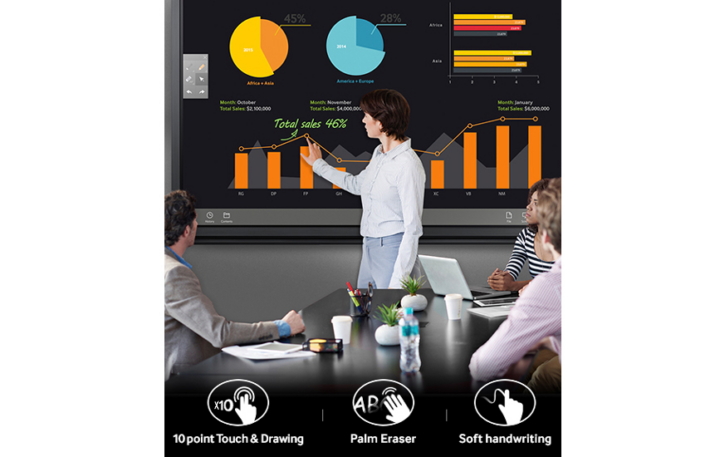 Transportation is yet another sector that stands to greatly benefit from digital signage. Displays that provide up-to-the-minute information refine the customer experience at train stations, bus terminals and airports. Once en route, passengers are kept informed and entertained by on-board displays.

While these are just a few examples of how digital signage has infiltrated—and improved—everyday life, modern technologies have the potential to drive even bigger changes in the tourism, recreation, healthcare and security arenas, among countless others.

And, considering the rate at which the market is expanding, as well as the consistent efforts of companies entering the space, these changes will no doubt take place sooner than later.

Samsung, A Leader in Digital Signage for Seven Years

Ranking number one in annual global digital signage unit sales since 2009, and having recently extended its global market share to 28.1 percent in 2015*, Samsung has established itself as a leader in this ever-growing market.

Samsung continues to maintain its position through its state-of-the-art technologies that suit a wide range of business needs, including LCD-based transparent displays, the world’s largest e-LED signage, ultra-narrow, slim-bezel video walls (including the UH55F-E model), UHD signage and DOOH-equipped trucks.

The company’s achievements have garnered industry-wide attention at global events, such as the Integrated Systems Europe (ISE) 2016 tradeshow, the largest annual exhibition for commercial display technologies. It was here that Samsung received an “AV Display Innovation of the Year” award from AV News. 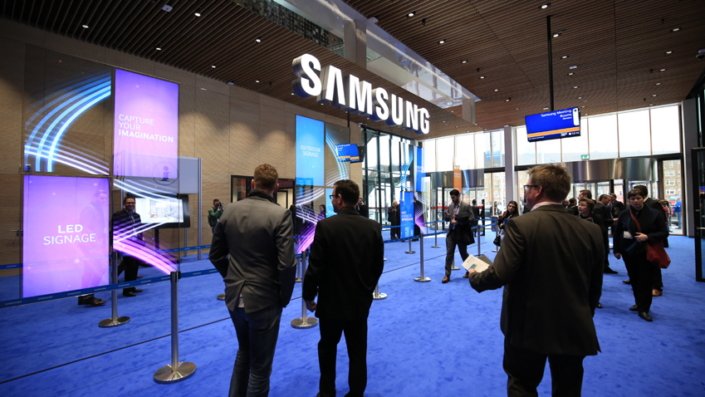 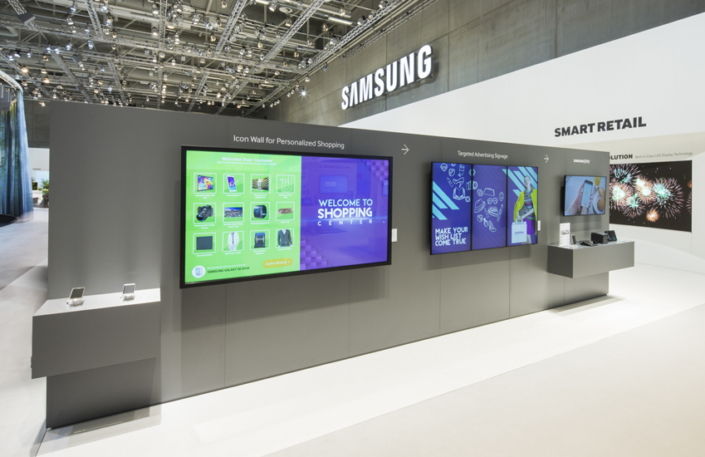 Following their previous successes, Samsung made an impression at IFA 2016, when the company unveiled its first Motion Sensor Touch Solution, a new display that combines 3D sensors with digital signage to provide content based on users’ physical actions.

As our world becomes more sophisticated with each passing day, so too does digital signage.

Once-complex communications can now be relayed through simple images, making retail signage, outdoor displays and road signs that allow for unlimited possibilities. Additionally, digital signage has evolved to accommodate a wide variety of content, providing new avenues to deliver engaging and aesthetically-appealing messages while replacing analog signage all together.

As the race to create the “next big thing” in signage continues to accelerate, Samsung Electronics remains a leader by offering innovative solutions that have the power to transform the future of global communications.