[Editorial] Connected and Secure: Five Hypotheses about the Internet of Things 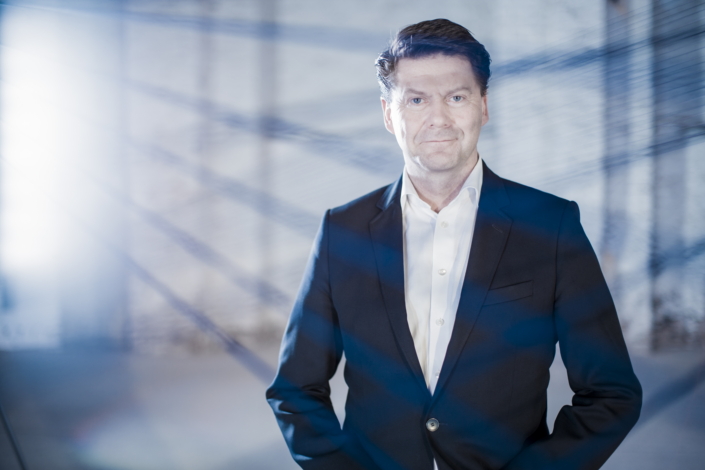 Thanks to the Internet of Things (IoT), digitization will soon become tangible – taking the form of connected “things“ of all kinds. Technological advancements in the realm of hardware as well as the development of key technologies such as miniature RFID chips have paved the way for this new stage of digital transformation. In addition, the widespread introduction of 5G will lead to the exchange of mobile data at high speeds. For businesses, that is good news: not only can they become more agile and streamline their processes, this new infrastructure also enables them to develop and implement entirely new business models. The following five hypotheses elaborate on that. 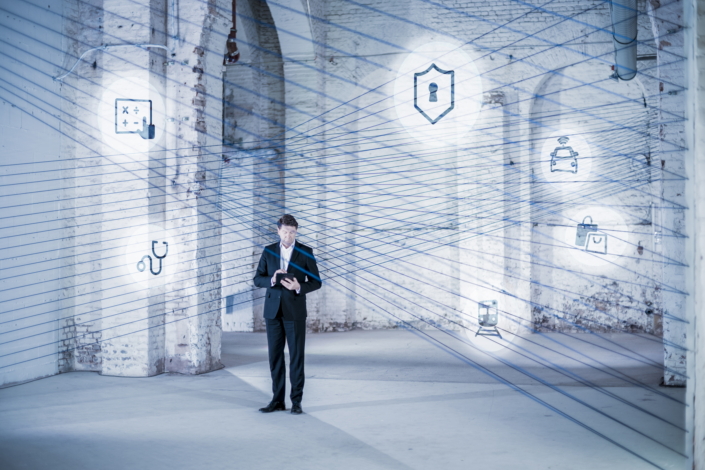 The IoT will require open standards across all industries, which is why we advocate for transparent R&D work and support open platforms. We also work very closely with our global partner network to achieve that openness.1 However, IoT ecosystems that are based on interoperability and openness will also demand robust security. The higher the number of devices that are connected to a network, the greater the vulnerability for being hacked. With stricter penalties looming on the horizon, as the EU’s General Data Protection Regulation (GDPR) will sharpen the consequences for data protection violations, it is imperative that every professional IoT solution be paired with a well-founded security concept that includes proactive security systems as well as robust security platforms.

“Open Economy” is on its Way

The success of mobile devices and the interconnectedness brought about by the IoT are important drivers behind the overall transformation towards the so-called “Open Economy”. By 2020, 40 percent of employees will work on a self-employed basis.2 Integrating these freelancers, as well as increasingly autonomous employees into business processes in a way that is effective and secure, is one of the biggest challenges that business must face going forward. After all, rigid office structures are increasingly obsolete: the “Open Economy” will be dominated by flexible schedules and office models. Furthermore, new forms of collaboration will evolve – not just with startups, but former competitors as well. To ensure that these new forms of cooperation are based on a swift exchange of data and knowledge without compromising the integrity of sensitive information, security architectures must be rooted deep in the hardware of mobile devices.

IoT is More than Just Efficiency

A recent study by the German IT industry association Bitkom3 revealed that most German businesses are currently undergoing a transformation process as a result of digitization. However, only 39 percent use the potential of digital technology to offer new products or services. Against this background, it seems important to emphasize that the businesses focusing solely on optimizing their processes and increasing efficiency may fail to recognize the IoT’s broader and more diverse potential. The IoT enables businesses to develop innovative products and services as well as data-driven business models – and thus helps them gain access to new markets. Making full use of these opportunities is not a matter for the future – it starts today. According to analysts and consulting firms, the IoT’s overall business potential is worth billions. For example, McKinsey4 estimates the IoT’s global economic value to be between 3.9 to 11.1 trillion dollars annually for 2025.

The IoT era has the potential to bring users a new level of comfort and service, which will in turn impact consumers‘ future needs and expectations. The “smartness” and interconnectedness of utility objects – from the refrigerator to the car – will simplify our daily lives and result in new services that are not only convenient, but will save time as well as costs. It will also answer individual needs with much greater precision. In this context, the interoperability of devices as well as the learning aptitude of systems will become much more relevant for the development of IoT-based products and services. Just recently, Peugeot and Samsung teamed up and announced the “Peugeot Instinct Concept” – an internet-enabled concept car representing Peugeot’s take on the self-driving experience. It’s the first time a car has been enabled with a functional IoT platform, the SAMSUNG ARTIK Cloud, which seamlessly connects the car to the user’s cloud and thus to a full range of connected devices such as a smartphone, smartwatch or home automation system. This way, users can interact with their cars from any cloud-enabled device. On the other hand, the concept car can adjust its settings depending on other devices.

At Samsung, we regard it as our responsibility to contribute to the necessary groundwork for the IoT to be successful. Therefore, we will further expand our innovative capacity in the development of devices, components and software, and keep on optimizing them for the IoT era. Our aim is that, from 2020 onwards, almost all Samsung devices will be IoT-ready. For businesses, we offer a smart end-to-end platform for the IoT – SAMSUNG ARTIK – which equips them with the necessary hardware and software to develop their IoT solutions in-house, build their own prototypes in a cost-effective way and quickly bring new products and services to market. Together with our partners, we also continuously introduce new innovative solutions and will keep on doing so. It is our overarching goal to support businesses during their digital transformation in the best possible way, and to help them implement new technology concepts so they can make full use of the potential and innovations offered by the IoT.

1. As one of the founding members of the Open Interconnect Consortium (OIC), Samsung also advocates for the development of common IoT standards

4. Internet of Things: Mapping the Value beyond the Hype“, McKinsey Global Institute, 2015: https://www.mckinsey.de/files/unlocking_the_potential_of_the_internet_of_things_full_report.pdf