How Samsung Helps its Internal Innovators to Spread their Wings 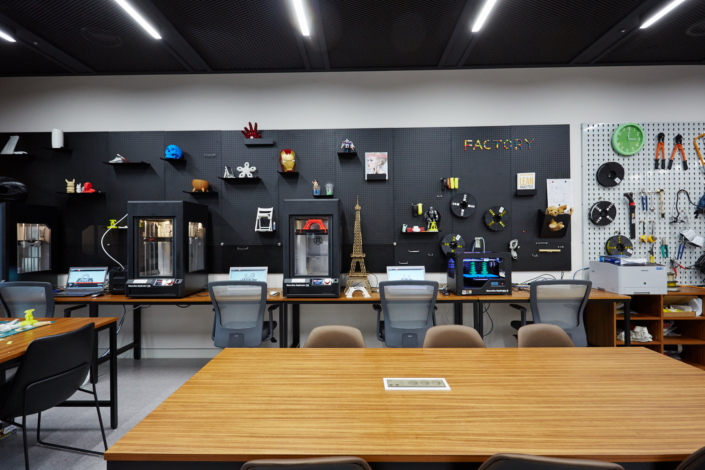 Imagine being able to create your own business with the help of your existing employer. Even better, imagine being given the resources and time off from your daily duties to help your venture become a success. It might seem like an unlikely idea, but it’s one that’s taking place right now under our roof here at Samsung.

Samsung has a legacy of building market-leading products. Chances are that you probably have a piece of Samsung technology in your home or workplace. However, a company can never rest on its laurels and that is no less true for Samsung than any other firm that wants to innovate into the future. And with the link between creativity and productivity so clear, Samsung created a program that clearly shows that ethos. As well as continuing its traditional business units, the company is also helping our workers to think outside the box and the results are already evident.

The Samsung C-Lab (short for Creative Lab) was set up to enable Samsung employees to nurture their own business ideas and give them the tools, the time and the support to become fully fledged businesses. The program encourages progressive thinking by giving workers the go-ahead to develop ideas, even if those ideas don’t necessarily fit within a currently existing area of our business. The only pre-requisite is that the idea is genuinely innovative and can demonstrate itself as such by gaining the approval of other colleagues. The end result is a new product or service that could be developed further by Samsung, or stand on its own two feet as a business in its own right.

The great thing about the C-Lab is that Samsung enables workers taking part in this program to dedicate themselves to their projects 100%. They can take between six months to a year away from their usual day jobs and spend it working on their ideas. They’re given free rein to experiment, which means unbridled creativity. It’s a positive move that helps Samsung’s people to unlock their potential by doing something they’ve never done before.

The C-Lab is a win-win situation. The workers are empowered to explore and create in ways that differ to how they are usually able. And for Samsung, the C-Lab keeps us at the forefront of innovation by taking a different approach.

The C-Lab was created in 2012, based on the experiences that Samsung’s management had in Silicon Valley. They had seen how the entire business environment was changing. The startup scene there in particular was booming, with large numbers of companies receiving investment on the back of original ideas and growing aggressively. It wasn’t the traditional types of businesses we were used to seeing thrive on such a scale. These startups were fleet of foot and able to move very quickly without being hampered by legacy thinking and bureaucracy. They were agile enough to move and change rapidly.

Technology in particular was in 2012, and still is, a huge growth area for startups. Internet and software companies, for example, accounted for two thirds of VC investments in 2014. It’s a clear indication of the type of firms that were emerging a few years ago. Similarly, when looking at angel investments, internet companies accounted for almost half. It was obvious then that the appetite for entrepreneurship was there, especially in tech.  It called for Samsung to listen to the market and respond accordingly in order to bring about a ‘challenger spirit’ within its ranks. 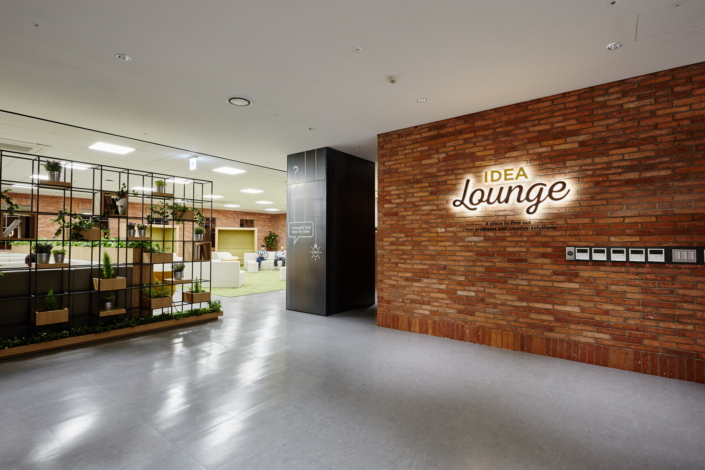 A Break from Tradition

Operating as a startup is easy when you only have a few members of staff on your books. Samsung is now finding that it is possible to introduce some of the elements that typify a startup within its own business. But it does involve some radical adjustments to make it work.

One of the aspects that we introduced with the C-Lab is holacracy, or a flatter way of organizing and managing teams.

“In a similar way to many of the startups of Silicon Valley, the C-Lab’s structure isn’t governed by hierarchical systems. Instead, each team has a leader and project members. That’s it. It works because the absence of a set-in-stone structure enables everyone to get their hands dirty, and contribute and work collaboratively to help the project meet its goals. They’re no longer tied to uniform tasks, they receive performance-based rewards and are encouraged to set challenging goals that help them to excel.” said Stan Kim, a director of C-Lab at Creativity & Innovation Center.

Perhaps the most notable tenet of the C-Lab approach is that failure isn’t a bad thing. It’s part of the exploration process that helps the most innovative of companies to hit the eureka moment. If workers aren’t afraid of failure, they can experiment and possibly create new things that they wouldn’t otherwise have the breathing space to do.

What’s more, C-Lab teams get to work flexibly, meaning they can work when and where they want. It’s a reimagining of how teams work and collaborate.

Samsung feels that the benefits of this type of structure can be far reaching. By calling on the strong leadership and culture of the existing organization, along with the challenger spirit of small, innovative organizations, we’re able to benefit from hybrid innovation. It’s a model that enables the business to have the best of both worlds. 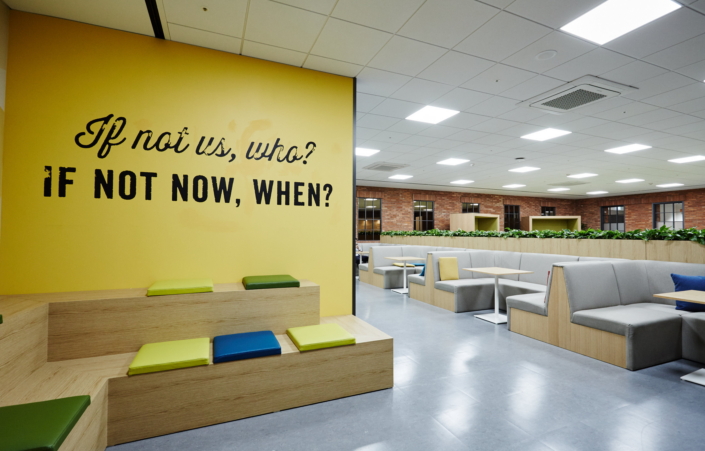 Discussing ideas is a breeze as well. Any Samsung employee can suggest and evaluate ideas through the company-wide collective intelligence platform ‘MOSAIC’ or via email. Ideas can be submitted either individually or as a team.

After the submissions of ideas, they are screened based on how specific, innovative, and marketable they are. Next, the ideas are developed using the “Lean approach” to ensure they are as efficient as possible. The ideas then proceed to the voting stage, where Samsung employees get their voices heard. Voters choose their favorite ideas that will continue to the next round, and after a final review by a group of experts, it’s time for the final presentation. Here, a selected audience plays the role of venture capitalists and after each presentation, they decide whether they would invest in the idea.

Around 15-20 ideas are selected each year using this process and they are the ones that become official C-Lab projects.

The selected C-Lab members start developing their ideas that they hope will become full-scale businesses. As team leaders, they can select colleagues who they want to work with through Talent Audition, a unique job posting program. As a team, they pursue a shared goal and decide on the best ways to reach it. And because C-Lab is an open project, employees are allowed to recruit members from outside Samsung if they can’t find the right people inside the organization.

In the end, many find that the hard work pays off. When C-Lab projects are completed, those that are closely related to a division’s business (such as TVs or home appliances), are transferred to each division for further development to launch on the market. Other projects, which are not transferred to divisions, are supported to launch an independent company as a fully-fledged startup. Not bad for something that started out as a grassroots idea on the Samsung shop floor.

C-Lab has been an incredible incentive for employees. At Samsung, innovative thinking is recognized with an opportunity to take the idea to market. Samsung invests money as seed capital to help employees launch their business. In addition, the company offers counsel by way of technology and management expertise during the early stages of their business to ensure stable growth. Despite all this, the startups maintain their independence. 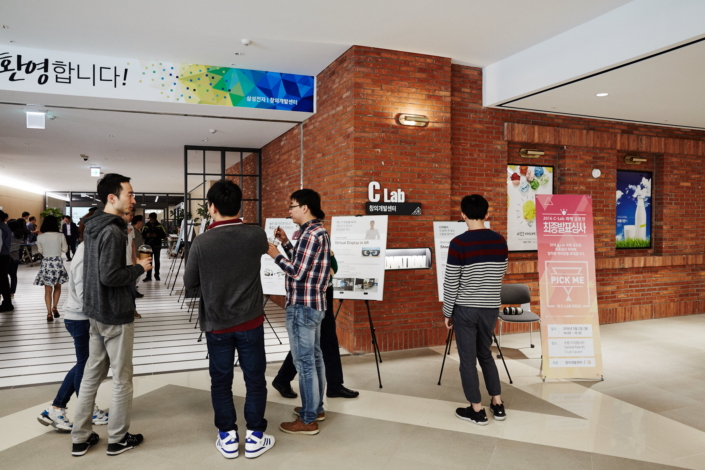 The Measure of Success

The main objective of the C-Lab since it was established is to drive and encourage employees. Employees are empowered to kick-start creative ideas and get hands-on with technology development that may lead to a new business opportunity. Given that objective, the results have been encouraging. The number of projects submitted to internal idea contests has increased for the past three years. Meanwhile, sharing ideas has become a natural part of internal culture as employees realize that the more they share new ideas, the better chance they have of developing and creating new business opportunities.

The ideas that have blossomed are a real testament to the success of the C-Labs. Some 46% of projects are transferred to various Samsung business divisions, and 18% are spun off to become businesses in their own right. But it’s the people behind the businesses who are the real stars. Through the program, they are able to be bolder in their thought processes and dream big. They unlock their full potential and are given the right amount of support and autonomy to be successful through the use of their own ideas. That’s a priceless opportunity.

Samsung is planning to increase the opportunities for employees to participate in C-Lab projects. New locations are already in the works, including a physical space to increase synergies between projects and personnel, the Seoul R&D Center for software and spinoffs, a tech shop and a new exhibition hall in Suwon, plus an additional R&D base at Seoul National University.

There has been firm believes within the company what the C-Lab can achieve and so we’re opening up the program in a way that will continue to provide more chances to get employees involved. The more people get involved, the more they are able to engage their own workforce to go the extra mile in how they approach their work. Samsung encourages staff to become personally invested in innovation, which, as a concept, is very powerful.