[In-Depth Look] The Beauty is in the Details: The Design of Galaxy Note7 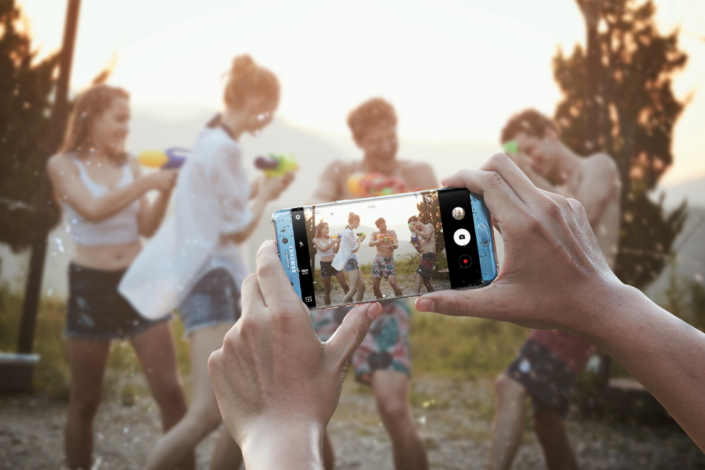 One of the most defining characteristics of the Galaxy Note series is the analog relationship it establishes with its users. Furthermore, its signature S Pen enables them to make a physical connection with the device—an attribute that sets it apart from other smartphones.

When designing the Galaxy Note7, Samsung designers spent a great amount of time outside the  studio to examine how users interacted with and used their mobile devices on a daily basis.

Rather than using the traditional visually-led approach, they focused on the experience of interacting with the phone’s physical qualities. These efforts allowed them to create the Galaxy Note7, combining innovation and technology with a more user-focused approach.

As a result, the Galaxy Note7 is perfectly symmetrical, merging form and function to provide the comfort, convenience and grip that enable users to do more and get more out of their smartphone. Likewise, Samsung has refined the device’s UX to provide a seamless interaction between the user and the device. 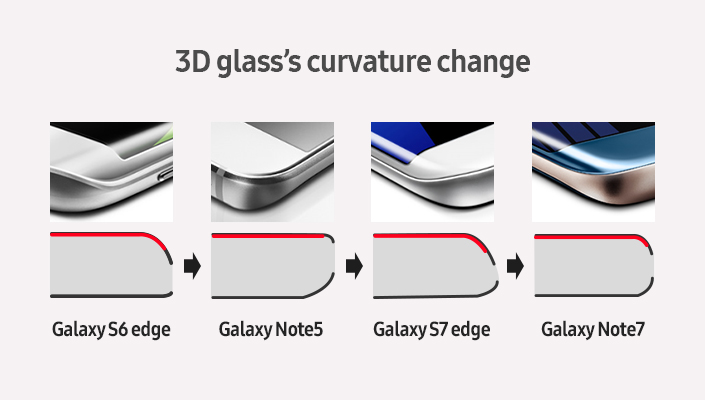 The Galaxy Note7 is the first in the Galaxy Note series to boast a dual-edge display—an addition that stays true to Samsung’s design heritage. To incorporate this elegant aesthetic, Samsung had to find a way to maintain a flat screen surface for writing, while also ensuring enough space for storing the S Pen.

For those reasons, the subtle curves like those on the Galaxy S smartphones wouldn’t suffice. Therefore, Samsung carried out the most advanced 3D thermoforming process ever attempted on a phone to create extremely steep curves with a tighter radius at the very outer edges of the glass so not a single millimeter of writing space would be wasted.

Samsung applied the same radius to the device’s edges on both the front and back of the Galaxy Note7, a different approach than the one used on the Galaxy Note5, which also featured a curved design. This resulted in a device that is perfectly symmetrical—from top to bottom, side to side, and front to back.

To complete the balance, the glass and metal parts of the phone were fused together to allow for a more seamless and even surface. In fact, there are no edges or unnecessary surface protrusions between the different materials. The camera protrusion was also greatly minimized, making the device even easier on the eyes and smoother to the touch. These changes provide a more natural feel in the hand. 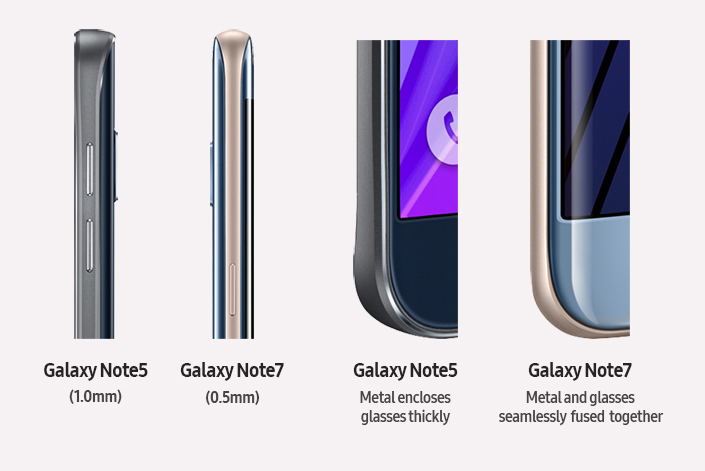 An Enhanced Look and Feel

The dimensions of the Galaxy Note7 are also different than those of the previous model. It is now more compact in size with a narrow body, but boasts the same large 5.7-inch screen with a bezel less than half the size of the Galaxy Note5.

Despite the addition of the Galaxy Note7’s iris camera and IR LED sensor, the device’s slim upper bezel is maintained thanks to the new technology.

In addition, the Galaxy Note7’s touch sensor is directly printed on the display panel. The device is also lighter than its predecessor, in spite of its larger battery.

These factors, along with the smartphone’s new dual-edge display and symmetrical design, make for a much better grip. Never before has a Galaxy Note been so easy to hold and operate in one hand.

With a new color offering, the Galaxy Note7 also has a premium look that fits almost any style. Blue Coral, the new hue, follows this year’s color trends, which are less vivid and more tranquil, and is also in line with the phone’s design concept of balance.

Although Blue Coral is beautiful on its own, Samsung, for the first time, decided to create a separate color for the phone’s metallic frame. The resulting color combination is both stunning and calming.

The three existing variants—Black Onyx, Gold Platinum and Silver Titanium—are also available. As a bonus, interactive wallpapers that complement each color have been added.

Despite its beautiful aesthetic, thanks to its Aluminum 7000 Series metal, the Galaxy Note7 is 1.3 times stronger and 1.2 times more scratch resistant than the metal used on the Galaxy S7.

Also integrated into the design is Corning® Gorilla® Glass5, which has an extremely high resistance to scratches and damages. This new glass is designed to provide further protection against breakage from everyday drops. So much so that in rigorous lab tests, it survived drops onto rough, unforgiving surfaces up to four times better than competitive glass designs.

As the first Note model to be IP68 certified, the entire phone (including the S Pen) is water and dust resistant. As a result, the Galaxy Note7 is now further protected from spills, and can be used in wet environments—even underwater.*

Samsung made subtle yet impactful enhancements to the user interface of the Galaxy Note7 to create a more natural, frictionless user experience.

First, the colors, shapes and overall design of the graphical user interface were simplified for a more orderly aesthetic, while the focus was shifted to function, information and content. To enhance consistency, Samsung made the icons uniformly rounded, while simultaneously softening their colors.

The most noticeable changes to the UX, however, are in the Settings and Quick Panel menus, which consist of much simpler graphical interfaces. Here, the menu trees and categories have been simplified* so that tasks can be completed in less steps, with fewer taps. 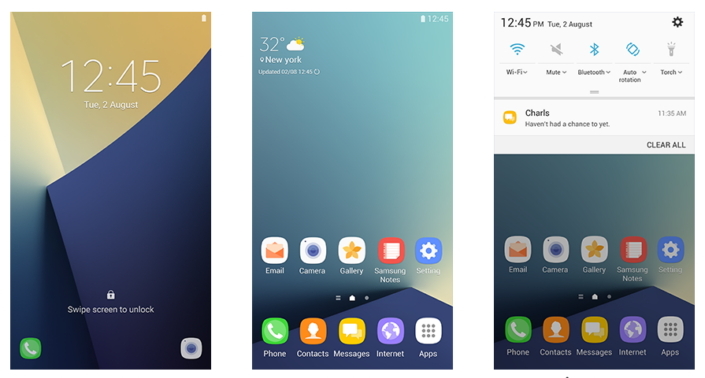 Finally, the number of Task edge features has increased. Now, users can do even more, such as record an exercise in S Health, create a drawing or view unread emails from the edge of their device.

Thanks to its refined design and outstanding durability, the comfort and convenience of the Galaxy Note7 are unsurpassed. Furthermore, its streamlined and intuitive UX provides the seamless experience that users have come to expect. Pushing the boundaries of design, the Galaxy Note7 features true craftsmanship and industry-leading innovation. 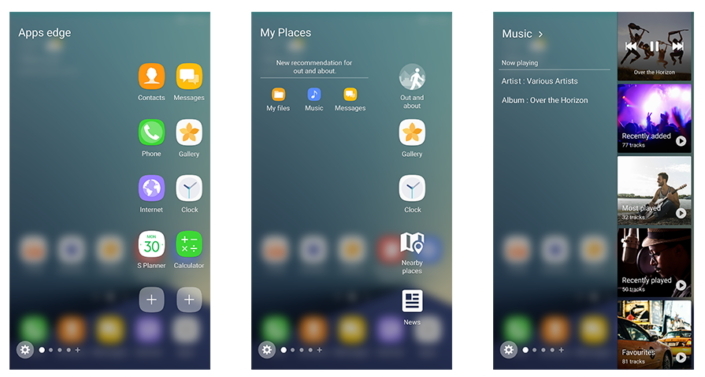 *Dust and water resistance based on IP68 rating, which tests submersion up to 5 feet for up to 30 minutes.

**All functionality features, specifications and other product information provided in this document including, but not limited to, the benefits, design, pricing, components, performance, availability, and capabilities of the product are subject to change without notice or obligation.