[In-Depth Look] In the Limelight: The Entertainment Features of the Galaxy Note7 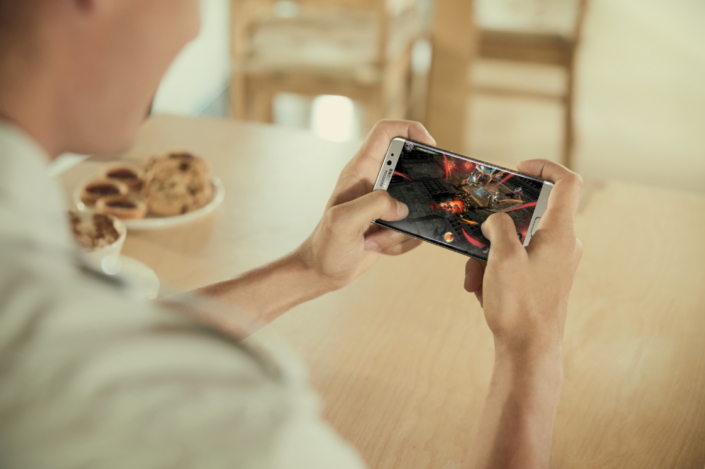 Smartphones have given us the ability to easily transition between work and play, and the Galaxy Note7 is no exception. Equipped with HDR streaming capabilities, which make video content look more vivid and lifelike, best-in-class gaming with new titles supported by Vulkan API, and advanced camera technology, the newest Galaxy Note smartphone provides a rich entertainment experience that’s as mobile as we are. Furthermore, an enhanced Gear VR headset, which now supports expanded compatibility, offers an even more immersive virtual experience.

Now Galaxy Note7 users can stream HDR video in HDR10 format, a standard that denotes a color depth based on a 10-bit signal. Therefore, they can experience the same HDR color and quality on their mobile device as they can on a television.

Samsung was able to bring this extraordinary technology to the Galaxy Note7 by utilizing Mobile Digital Natural Image Engine (mDNIe) technology and the Super AMOLED display.

The powerful mDNIe chipset, which was designed by Samsung, is the most advanced image processing engine to date, and ensures that dark and bright colors appear the way they do in real life. It also makes use of the Galaxy Note7’s 5.7-inch QHD Super AMOLED display—which exhibits the largest range of colors and brightness among smartphone displays—to vividly and clearly express the colors intended by the content developer.

The chipset also allows the smartphone to seamlessly process streamed HDR content without straining the battery, meaning users can stay immersed in their favorite TV shows and movies for even longer.

All Fun and Games

In February, Samsung set a new industry standard with the Galaxy S7 and S7 edge, which were the first smartphones to support Vulkan, an API that brings more robust and responsive performance and power efficiency to gaming.

Samsung once again incorporated Vulkan into the Galaxy Note7, giving gamers the ability to play high-performance, graphic-intensive games for even longer, and also giving developers an unprecedented tool to create unique gaming experiences.

Since the launch of the first Gear VR in 2014, Samsung has continued to innovate in the VR space by offering a robust VR ecosystem with the Gear 360 as well as an enhanced Gear VR headset. 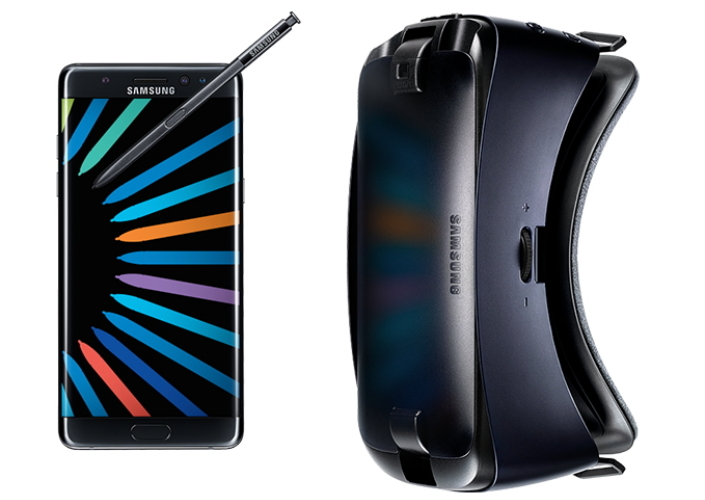 Brought to life by the Samsung Galaxy smartphone, Gear VR provides engaging content, putting users in the center of the action for a more immersive experience. By pairing the Galaxy Note7 with the new Gear VR powered by Oculus, the latest version now supports USB Type-C and micro-USB port connections, giving even more users access to the world of VR.

Furthermore, with improved lenses and ergonomics, the updated headset lets users more comfortably view 360-degree videos and create Gear 360 content. These memories can then be shared with friends via platforms including YouTube 360 and Facebook, and can be relived through the ultra-immersive Gear VR. Together with the Galaxy Note7, the new Gear VR is a gateway to new experiences and great adventures.

The Galaxy Note7 is equipped with the advanced camera that debuted on the Galaxy S7 and S7 edge, allowing users to capture important memories in true-to-life colors. Dual-pixel technology, a wide aperture and fast autofocus work together to capture sharp images, even in low-light conditions, so that users never miss a shareable moment.

While the camera of the Galaxy Note7 boasts the same great specs, it has been updated to provide a more streamlined, intuitive user experience.