Although best known for his sculptures, Paris-based Levy, is a technician, photographer, designer and filmmaker. Despite his diverse background, the artist’s collaboration with Samsung was his first experience designing for a smartwatch. The project wasn’t without its challenges, but it excited Levy nonetheless. 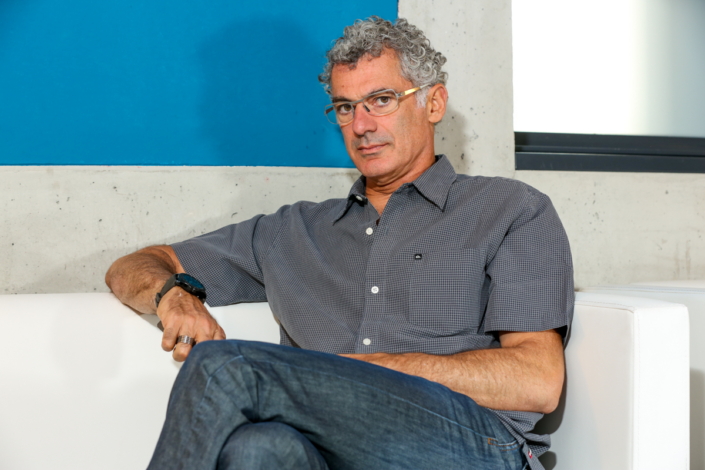 “Artwork represents freedom of the mind, vision, future… the ability to do things we’ve never done before; technology is what helps us realize that dream,” Levy noted in an interview ahead of the Gear S3 Launch Event. “So when this project came along, I thought it was a great opportunity to bridge artwork and technology.”

Levy believes that the Gear S3 is a device that goes beyond a watch. One that, thanks to the innovations of Samsung, lets users do more, like listen to music and track their location. But Levy desired to take the product to a new place by creating four unique watch faces and bands that stayed true to his design philosophy. As such, he aimed not to create just another graphic, but instead to produce something entirely new.

“I wanted to change the band and give it a different aesthetic to complement not only my work but also the remarkable features of the Gear S3,” Levy said.

The artist accomplished this by injecting into his designs what Levy refers to as “generative evolution”—an element that enables something to be new and unique every time one interacts with it.

Drawing on inspiration from four of the major artwork typologies he practices, he was able to convey in each design a sense of life experience. “Eclipse,” for example, was inspired by Levy’s “Iris Black Hole” paintings and exemplifies the depth of human beings, while “Vortex,” a take on the “Rock Growth” series illustrates the development each individual experiences. “Facets” embodies the essence of his “Rock” sculptures and questions the validity of perception.

Levy’s watch faces in particular distinctly incorporate generative evolution. “Fractal,” which was inspired by his light series of the same name, demonstrates the concept of an object that has no beginning or end. This is exemplified through animated effects that create a constantly changing depth, energy and speed to mimic the rhythm of our lives. Users can adjust the speed of which the figures move across the display based on how they want to encounter the effect. In this way, each user can experience Levy’s designs differently. 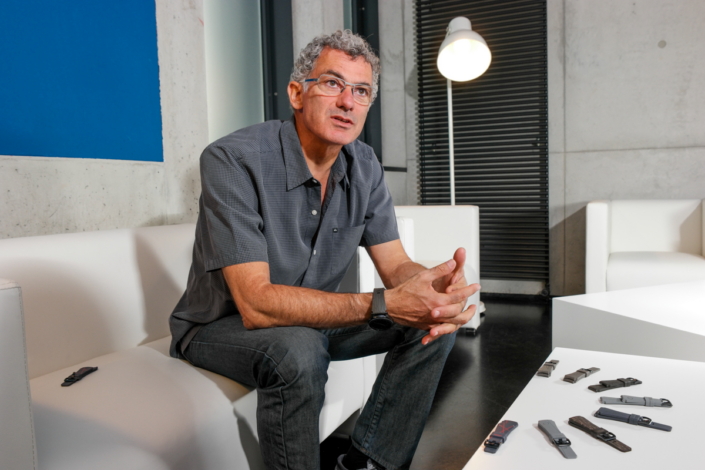 The Gear S3’s customizability, Levy explains, sets it apart from other devices. “This is the first time that this sort of product adapts to who we are,” he noted. “You can see it from across the room and know instantly that it’s a Gear S3.”

Being able to add his unique touch to the Gear S3, Levy explained, was one of the best things about collaborating with Samsung. “The artwork draws the attention to micronic details that make the fundamental differences in everyday life,” he said. “To give people the chance to play with that—I think it’s a revolution.”