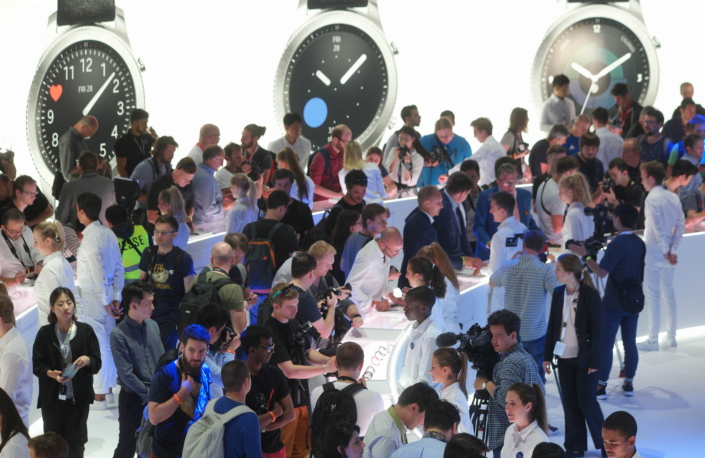 Samsung introduced two new additions to its widely acclaimed smartwatch line at the Gear S3 Launch Event on August 31 at Berlin’s Tempodrom just ahead of IFA 2016.

The Samsung Gear S3 Launch Event was more experience-focused than ever before. It featured a new presentation format which saw some of the watch industry’s most distinguished experts engage in an interactive discussion to illustrate the new device, and the lengths Samsung went to combine cutting-edge technology with the looks, durability and functionality of a premium watch.

The conversation was kicked off by Younghee Lee, Samsung’s Executive Vice President of Global Marketing, Mobile Communications Business, who emphasized the company’s drive to add new value to the smartwatch experience by creating pieces that are watches, first and foremost. Her speech was followed by a stellar holographic sequence in which beams of light painted a galaxy of stars above the circular stage that shifted and danced before coalescing to form a textured depiction of Samsung’s new flagship smartwatch.

The industry-spanning partnerships that yielded the Gear S3’s design were a major focus of the showcase, as explained by the event’s facilitator, Ariel Adams, editor-in-chief of aBlogtoWatch, the world’s leading luxury watch blog.

Adams introduced famed Swiss watch designer Yvan Arpa, who collaborated closely with Samsung to create the new pieces and elaborated on some of the refinements that were introduced. Prominent artist and industrial designer Arik Levy, who contributed watch face and band designs for the device, also appeared on stage, where he summed up the Gear S3 as a form of highly functional art.

Mark Notton, Head of Product Management of Samsung Electronics Europe, discussed some of the technological innovations introduced in the Gear S3, including an Always On Display, which greatly adds to the device’s “real watch” aesthetic. Other functions he touched on were its enhanced Samsung Pay functionality, standalone GPS and sensors that allow for improved usability, and expanded ecosystem of compatible apps. Also mentioned were the Gear S3’s bigger, longer-lasting battery which can provide three to four days of use on a single charge.

Upon the conclusion of the event, guests were invited to try on the new watches for themselves in the Experience Zone.

In case you missed it, here’s a photo recap of the Gear S3’s launch. 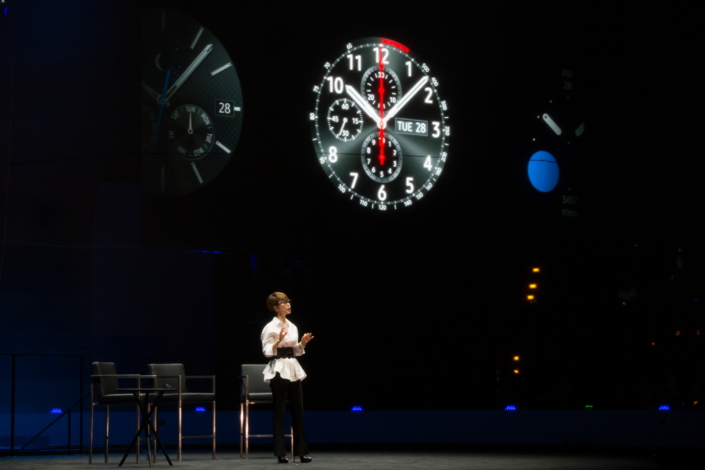 Samsung’s Executive Vice President of Global Marketing, Mobile Communications Business, Younghee Lee, opens the event with a speech outlining Samsung’s goal for the Gear S3—to redefine the smartwatch experience by adding traditional, real-watch value. With the Gear S3, she noted, Samsung was able to “complete and perfect the Gear S series even further.” 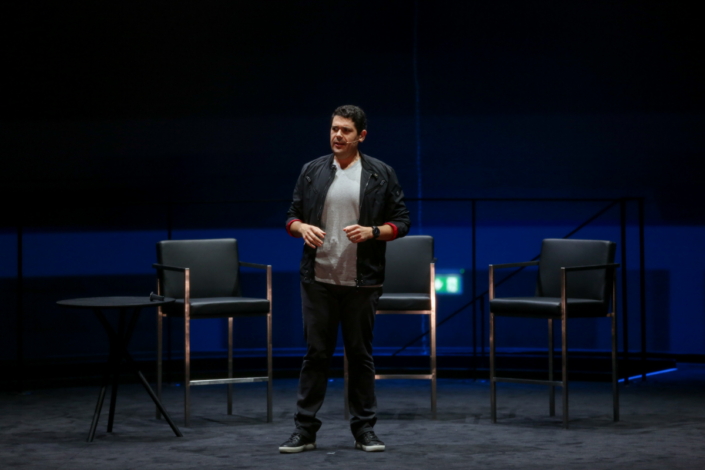 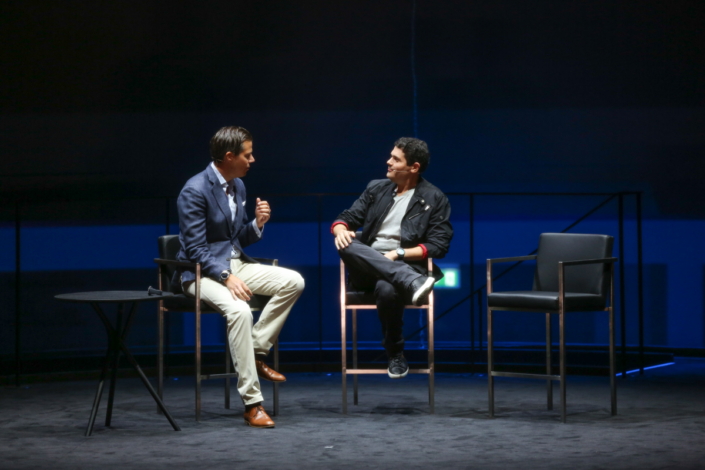 Adam Fors, Head of Marketing Samsung Electronics Nordic AB, discusses the company’s desire to design the Gear S3 not as a gadget, but as a “true watch.” 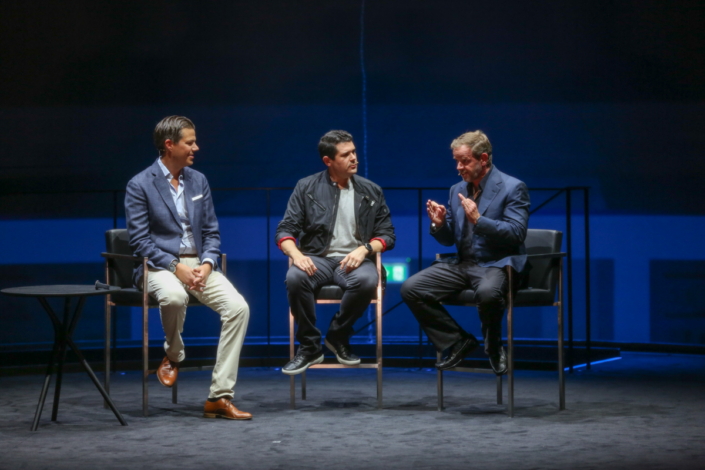 World-renowned watch designer Yvan Arpa (right), who collaborated with Samsung to craft the Gear S3, speaks on the traditional-watch cues informing its aesthetic, calling it “the first smartwatch to look like a nice, premium watch.” 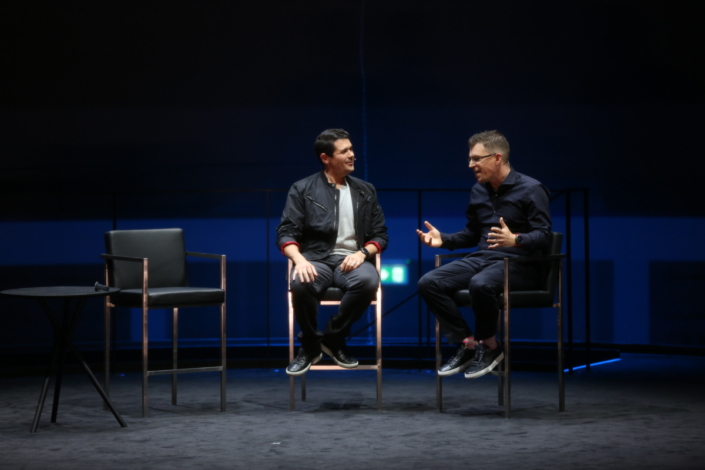 As Head of Product Management, Samsung Electronics Europe, Mark Notton discusses the new technical marvels of the Gear S3, such as its Always On Display, long-lasting battery and standalone connectivity. 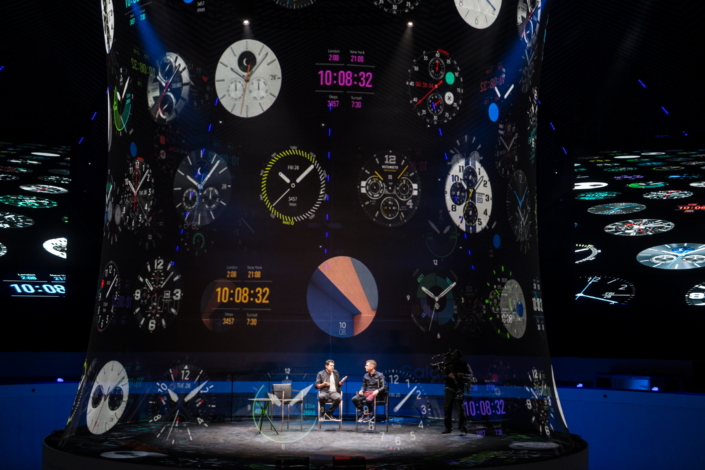 Mark Notton explains how Samsung’s broad range of watch faces—which was displayed as an eye-catching hologram around the stage—lets users express their own personal style. 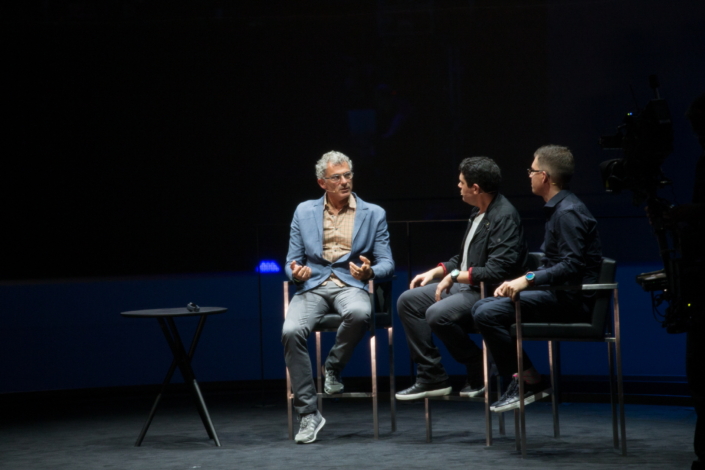 Prominent artist and industrial designer Arik Levy explains how he applied the motives of his renowned artworks to his watch face and strap designs for the Gear S3. 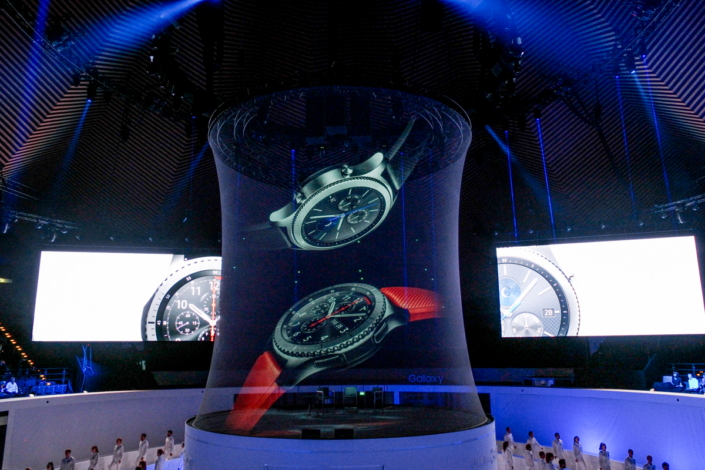 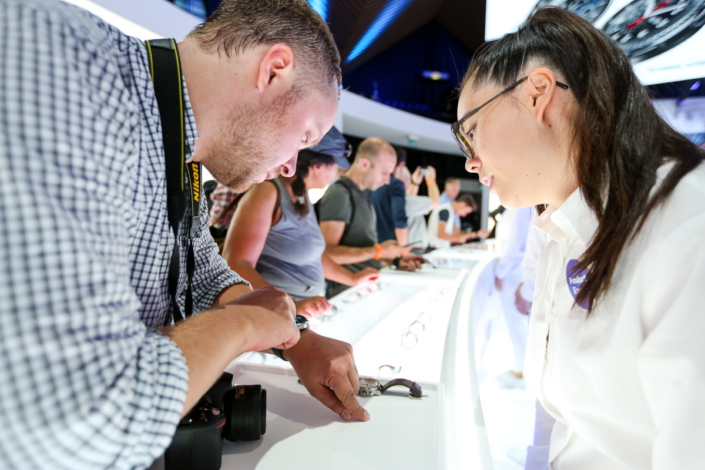 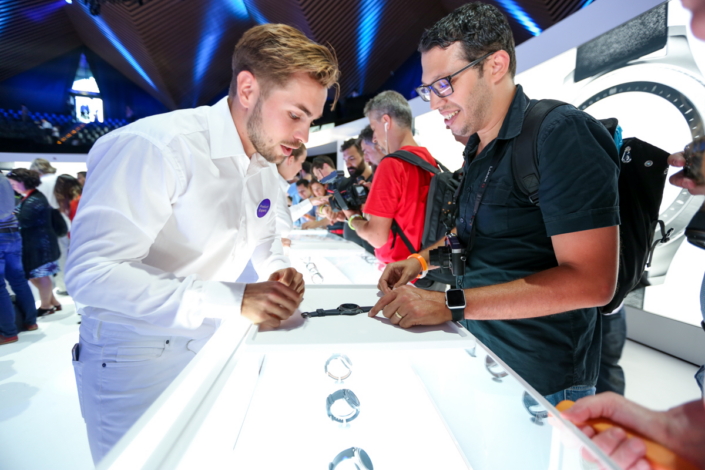 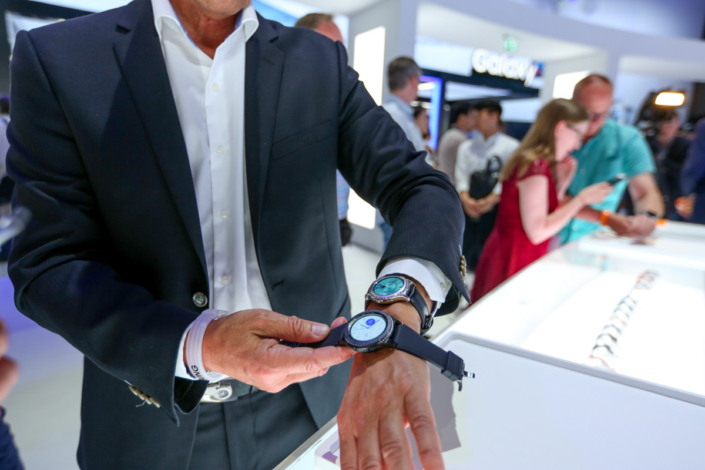 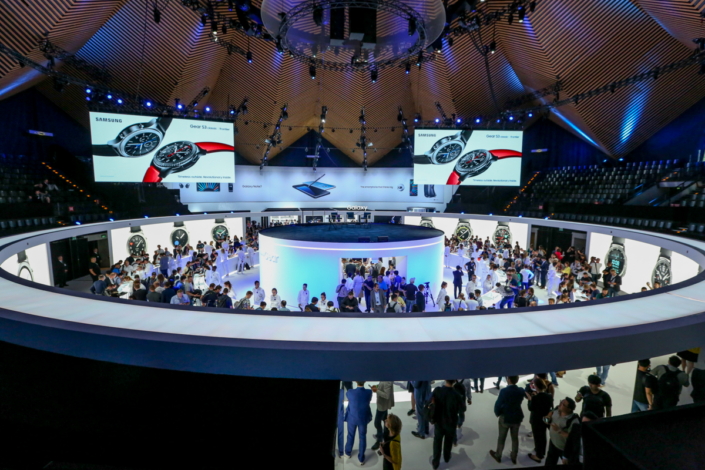 Event attendees gather in the Experience Zone to get a closer look at the brand new Gear S3.