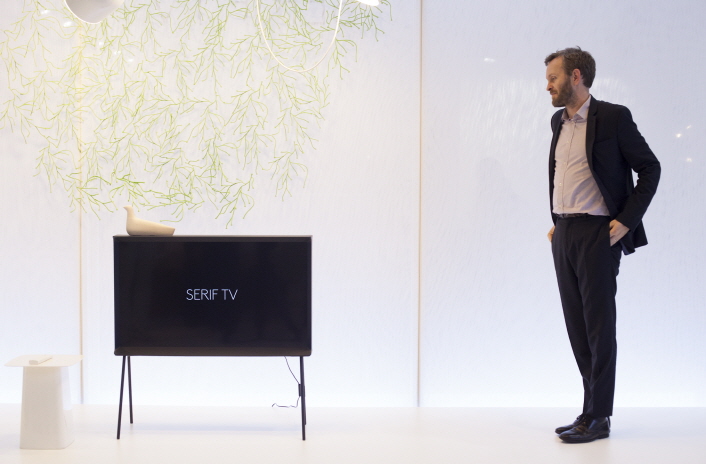 In a world that is growing more digital with each passing day, the rate at which technology is becoming an increasingly integrated part of our lives can be overwhelming. Despite the rapid shift from analogue to digital, tangible design continues to play an integral role in the way in which we communicate and interact with our surroundings, and even our electronics.

“Technology has its own function, but design is the entity that creates a bridge to let us interact with it,” said Erwan Bouroullec at the Living Design Fair in Seoul while promoting the launch of the Serif TV series in Korea.

Bouroullec and his brother Ronan make up the renowned design duo based out of Paris. Their work ranges from small utilitarian objects to spatial arrangement and architectural projects, and is defined by the siblings’ distinct personalities and shared notion of diligence. Their design philosophy has remained the common thread that intertwines all of their designs, including Serif TV, the brothers’ first digital appliance design project.

Bouroullec admitted that he and his brother were a bit naïve when they first agreed to collaborate with Samsung Electronics on the Serif TV project.

With a very limited knowledge of, and virtually no exposure to, the inner workings of electronics, the duo experienced a number of unforeseen challenges during the design process. The technical mistakes the two made as a result, Bouroullec noted, were part of the learning process.

“If you refuse a mistake, there won’t be any innovation,” he said. “If you only take the path you know, you won’t discover anything new.” 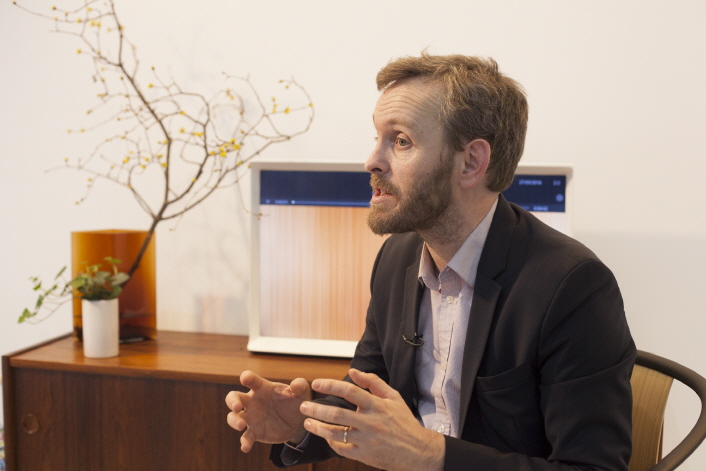 This concept also applies to the development of technology, and the ever-evolving television industry, in particular.

In less than a century, the TV has transformed from a bulky box of black-and-white images into what Bouroullec calls “a monument to technology”—something that should be seen and not touched.

But while oversized screens, wall mounts and nearly-there bezels define the TV trends of today, the brothers suggest a new approach to television design.

The Serif TV features a bold and colorful frame, which when viewed from the side looks like a stylish capital “I” in a serif font. With a thin body, but a flat top and bottom that stick out, Serif TV doesn’t hang on a distant wall. Rather, it rests on a table or stands supported on long, spindly legs in the actual living space. Its top, which acts as a shelf, allows for greater interaction with other objects, like vases, books and other decorative items.

Furthermore, the Serif TV incorporates a woven fabric panel on the back of the device, which conceals the connectors and allows for seamless viewing in three dimensions.

In this way, Serif TV naturally melts into the living space without being overly dominant.

“When we design something, we try to integrate the object into its surroundings in the same way that tea infuses into water when you put it in a cup,” Bouroullec noted. “Electronic devices should blend into the environment just like any other interior object.” 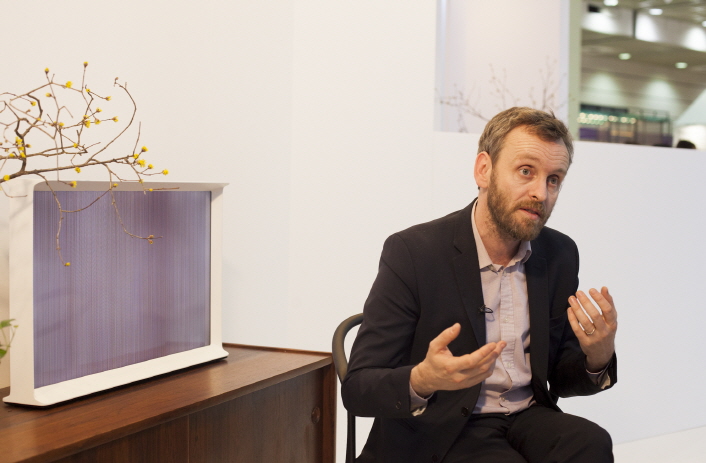 As technological advancements are constant and swift, consumer tech turnover is at an all-time high. But, unlike electronics, Bouroullec claims, design has no trends.

“One of the major things to consider when designing objects is that you have to make them stand the test of time so that five, 10, or possibly even 80 years after their conception, the language and what they try to convey is still relevant,” he stated.

As such, by incorporating natural elements into Serif’s design—from the repeating patterns of its Curtain Mode to an aesthetic imbued with the qualities of metal, wood and stone—the Bouroullecs focused less on short-term objectives, and more on making the television a timeless piece of design.

In doing so, the duo has accurately illustrated how technology is impacting design, and how design is influencing technology.

“It’s clear that one of the more important overall contributions of technology is that it has made it possible for anything to happen, anywhere, at any time,” Bouroullec noted. “Spaces have to be ready for that.” 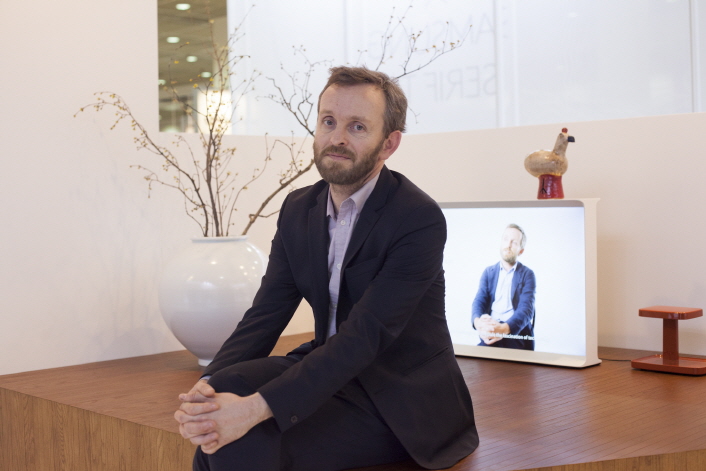