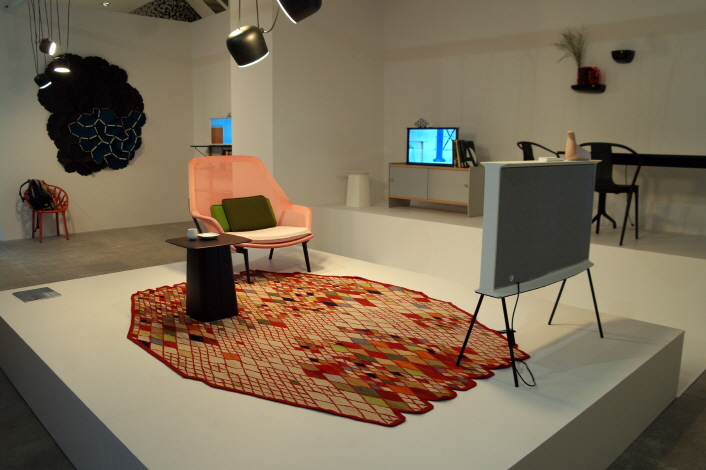 Samsung presents a new vision of the future of television at Fuorisalone 2016, where technological innovation and design seamlessly blend. NIGHT&DAY, a Samsung exhibition at Superstudio Più, open to the public from 12 to 17 April, symbolises a perfect duo formed by two different worlds and styles that meet to give rise to a new concept of television.

At Fuorisalone, Samsung reveals the arrival of its spectacular new 2016 SUHD TV line-up, a symbol of technological innovation that does not forget the importance of design.

With unrivalled image quality, the KS range is the first series of TVs in the world without a frame: from the premium 9000 series to the 7000 series models, all are available in curved and flat screen versions and represent what Samsung calls Design 360; where all aspects of the new TVs, down to the smallest detail, are attentively cared for, including the rear.

Samsung 2016 SUHD TVs feature a 10-bit panel with Quantum dot technology for ultra-realistic images, unparalleled brightness, and outstanding contrast with colours that are even more faithful to reality. Displays with Quantum dot technology are able to convert light from all colours of the visible spectrum, without distorting or effecting the level of luminosity, for the optimum visual experience within the lighting of the surrounding environment.

All Samsung SUHD TVs offer an exceptional HDR (High Dynamic Range) experience with luminosity values of at least 1,000 nit for optimal contrast between light and dark images. In addition, the new Ultra Black technology reduces light reflections, further improving the quality of the image while keeping reverberation to a minimum.

With the support of the Tizen operating system, the new TVs make it even easier to find and access user preferred content and services, whether television programmes, films or games, everything is conveniently accessible from one platform thanks to the renewed Smart Hub. In addition, it automatically recognises the peripheral (set-top box, console, OTT box…) or home theatre system connected and manages all external devices via the smart remote control, without the need for additional settings.

At Superstudio Più, brand new audio range developments will also be displayed, including the Wireless Audio 360 speakers, which expand the line-up with two new models: R3 and R1. The omni-directional speakers are characterised by a new built-in tap-and-swipe user interface and an improved Multiroom app, available for smartphones, tablets and smartwatches. The proprietary Ring-Radiator technology meanwhile diffuses sound across the entire room, enabling listeners to live the same acoustic experience at whatever point they are stood.

Used together with the Quantum dot displays of Samsung SUHD TVs, the new UHD Blu-ray player offers an image quality never before seen on home screens. In addition, thanks to the upscaling technology it is provided with, the player reads and improves the quality of the images of traditional Blu-ray disks and DVDs.

Samsung’s Serif TV is a product with an artisanal spirit in every respect, an encounter of passions between Samsung and internationally famed designers Ronan and Erwan Bouroullec, which has led to the creation of a unique product in the television market that not only integrates cutting edge technology but reflects the lifestyles of consumers. 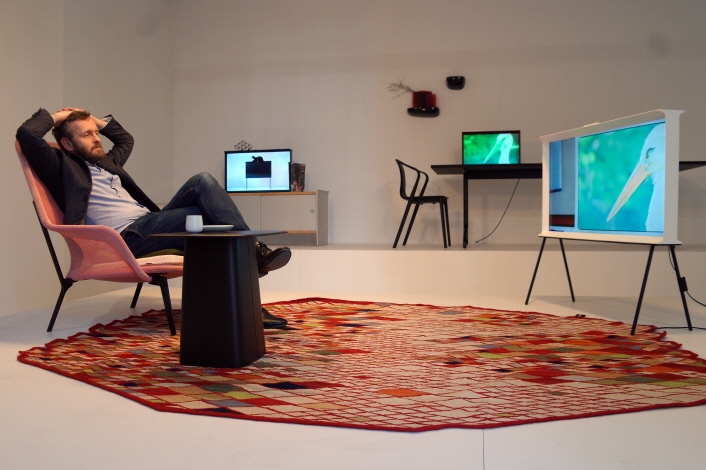 Samsung chose the Bouroullec brothers for their unique ability to emphasize aesthetics, without neglecting functionality, to create a piece of furniture that adapts perfectly to any type of environment, with a touch of original design for one-of-a-kind spaces.

Samsung Serif TV has design at its heart and is a timeless piece of furniture that fits seamlessly into the household, powered with Samsung premium television technology. It provides an elegant viewing experience that is at once versatile and exciting, thanks to an original continuous, monochromatic frame that redesigns the outline of the screen.

The shape of the TV is defined by its side profile; mirroring the silhouette of a capital I complete with typographic serif details to form a solid footing for the base, as well as creating a small shelf on the top. The use of four attachable tubular legs allows free-standing use of the set, so it can perfectly adapt to its environment.

Marco Hannappel, Sales & Marketing Director of the Audio Video Division of Samsung Electronics Italia, comments: “Our exhibition during Fuorisalone was created to showcase the design soul of our products. Samsung is constantly looking to embrace the path of technological innovation, without forgetting the fundamental role of the aesthetic. This year we wanted to realise a new concept of TV, born from the meeting between technology and design, as a trailblazer and new entertainment experience. Serif TV and the new SUHD TV line-up are both symbols of the creation of this perfect duo that is a precursor to the future of technology.”

The exhibition will include a “TV design solution by Samsung” space where an architect will be made available to speak with anyone looking for advice on the planning of audio/video spaces in their own home, as well as on the Serif TV model best suited to buy, after being won over by its unique design.