To commemorate the Portuguese Air Force’s (PoAF) 65th anniversary, Samsung Electronics Portugal recently partnered with the military branch on a pair of exciting projects – one offering pilots a precision instrument to help them traverse the skies, the other providing civilians with a chance to experience the thrill of flying for themselves.

Check out the results of Samsung’s high-flying initiatives below.

The First Smartwatch Trusted by Aviators

The world of aviation has historically inspired exceptional examples of watchmaking. Samsung’s Gear S3 frontier Special Edition, the first smartwatch to be associated with military aeronautics, is the latest product of this innovative history.

The Gear S3’s IP68 dust and water resistance and military-grade durability distinguish the device as capable of adapting to the requirements of military missions. The PoAF’s special edition enhances that utility with an exclusive watch face – one that combines exceptional functionality with aesthetic cues that celebrate the tradition and innovation of the Portuguese Air Force. 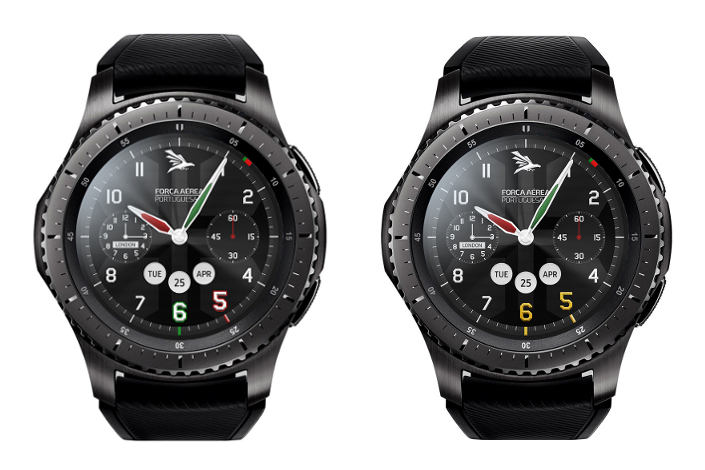 The watch face features a design based on specifications provided by pilots across PoAF divisions. The black dial displays the time, date, day of the week and month, and includes a display for UTC/Zulu time, the worldwide reference time zone for pilots, at 9 o’clock.

The numerals are written in the same font that the PoAF has historically used for the tail numbers of its aircraft. In addition, to honor the anniversary, the 6 and 5 are highlighted either in gold or in the colors of the Portuguese flag, and may be customized to suit the user’s preference. At the top of the dial, in place of the 12, are the PoAF’s symbol – a stylized eagle – and the inscription, “Portuguese Air Force”.

Although it was originally designed exclusively for use by PoAF pilots, the watch face is currently available to download via the Gear App Store.*

Taking Flight with the Gear VR

Over the course of several months, Samsung Electronics Portugal, the Portuguese Air Force and Impresa Media Group shot a series of virtual reality films that allow viewers to experience the sheer exhilaration that comes with piloting a state-of-the-art aircraft.

The films were recorded with Samsung Gear 360 cameras and showcased at the PoAF’s 65th anniversary exhibit in Castelo Branco, two hours’ drive from the Portuguese capital, Lisbon. Upon strapping on Samsung’s Gear VR headset, attendees at the event were transported into the cockpits of Alpha-Jet instruction fighters, Aérospatiale Alouette III helicopters and F-16 AM fighter jets.

By creating an experience that’s as close as can be to actually stepping into the cockpit of a supersonic aircraft, the immersive footage allowed attendees to experience the thrill and beauty of flying for themselves. 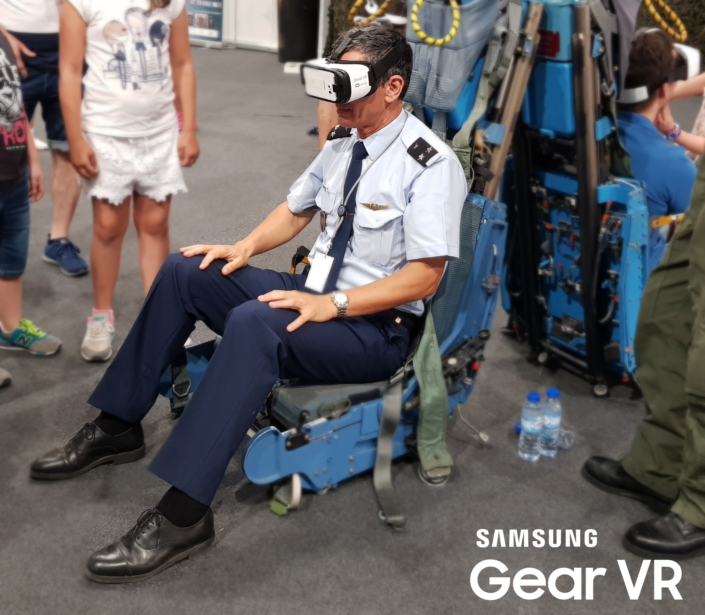 *Availability may vary depending on market