The enhanced solution was implemented just in time for the league’s semi-finals, and will help referees officiate January 29’s championship match, which will decide which squad will take home the 2016 CTT Cup and be crowned Winter Champion.

In the first stage of the e-Liga project, Samsung designed an app for the Galaxy Tab S and Tab S2 tablets that eliminated the need for paper when filing match reports. As of this writing, more than 2,500 referees have utilized the app to streamline reports for some 419 matches.

The e-Liga app for the Gear S3 allows referees to easily report a match’s pertinent data as it unfolds through an intuitive touch interface designed specifically for the project.

Once the final whistle blows, rather than spend upwards of an hour working on completing and faxing paperwork, referees may simply pair their Gear S3 with the Tab S2, transfer and review that match’s data, and wirelessly submit their official match report to Liga Portugal, all in a matter of seconds. 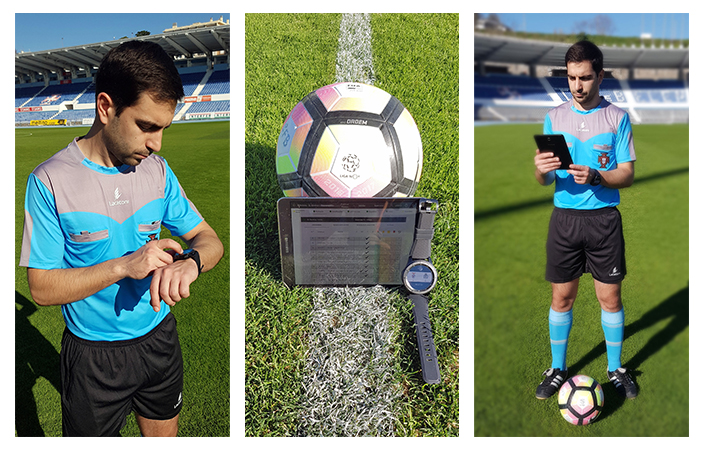 Before e-Liga’s introduction, referees were required to hand-write game reports after each match, in what was quite an anachronistic and time-consuming practice. Samsung Electronics, as an official technological partner of Liga Portugal, accepted the challenge of transforming this reality.

For Frederico Paiva, Director of Samsung Electronics Portugal’s Sales and Marketing Division, this latest digitized mobile app solution is “part of Samsung’s continuous efforts to link our technology with differentiating experiences, bringing football closer to fans of all ages.”