“We believe the software is the soul of the machine. Software is central to creating a truly meaningful device experience.”

In his speech, Rhee also called for greater collaboration between developers and partners from various industries as the world becomes increasingly connected, and gave attendees a glimpse into the rich possibilities offered by the company’s ecosystem. 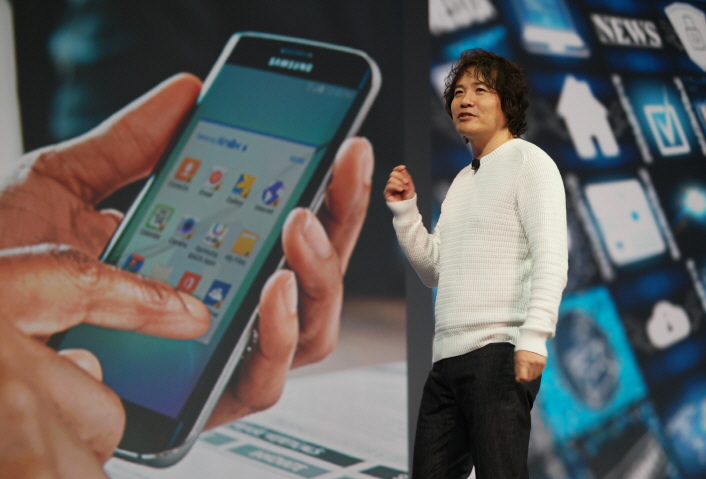 Samsung Knox is a software platform and an ecosystem for security, which Samsung created by building on its unique device technology. It is the foundation of most of the company’s services including Samsung Pay, Samsung Health and Samsung Connect Auto, which need strong security and data privacy.

Its commitment to interoperability will now be extended beyond Android to include Tizen—an operating system that is expected to play a central role in numerous Internet of Things devices in the near future. Only Samsung, using Tizen and Knox, can offer this combination of an open ecosystem with strong, hardware-based security and global connectivity. 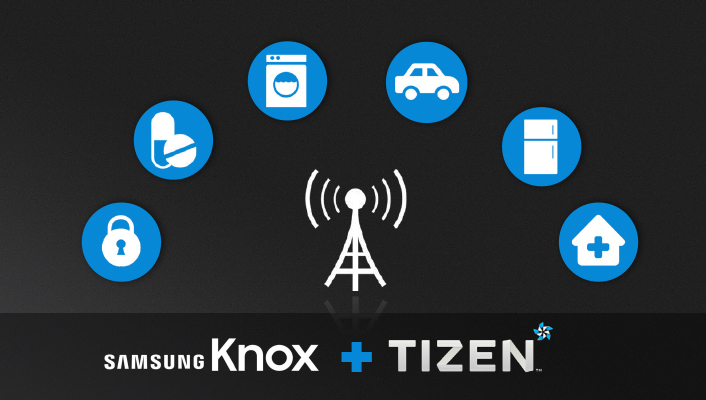 In addition to ensuring simplicity and security, Samsung wanted to enable Samsung Pay to be used virtually anywhere. To do this, magnetic secure transmission (MST) was built into the back of the phone, allowing the device to function in the same way that traditional credit cards do.

This is a perfect example of Samsung’s software strategy—where a unique hardware feature is leveraged to enable a new service, one that provides a compelling user experience and delivers real value to consumers.

Samsung is adding to this value through continuous global expansion, as well as by including additional features such as support for membership cards, gift and private label cards, transit cards and online payments.

Samsung is seizing opportunities for new applications and services that take advantage of an always-on connection in the car, the biggest platform in the world after mobile.

Working with leading mobile operators, automakers, insurance companies and rental car agencies, Samsung is creating a set of products and services that make driving safer, as well as more eco-friendly, productive and fun. Included among these is Connect Auto, a simple device that plugs into the car’s dashboard.

Samsung is also building an API and SDK on their open platform so developers will be able to build their own applications, and is planning to start a limited beta program this quarter and a public beta program next quarter.

When Samsung launched S Health in 2012, the company aimed to empower people to live healthier lives by focusing on the pillars of healthy living—diet, activity and sleep. Today, the app is used by 150 million users in more than 130 countries.

For example, Samsung is working with HealthTap to bring medical expertise to users anytime, anywhere, and is developing remote monitoring technologies with hospitals and partners like Vivify to improve care while reducing costs. Moreover, Samsung is developing chronic disease management solutions that use its phone and wearable data to generate actionable insights and a comprehensive view of the user. 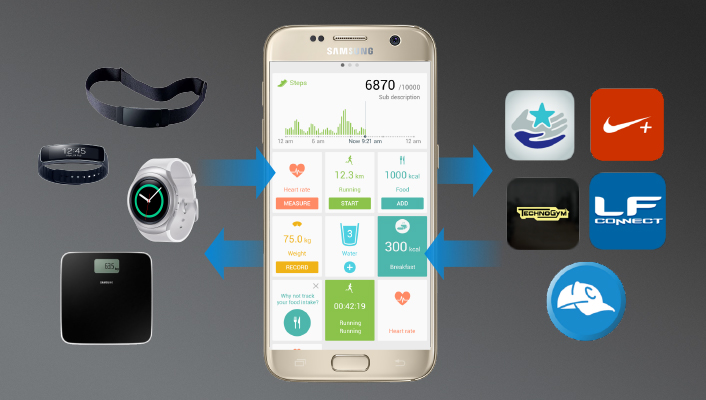 Soundcamp is Samsung’s music creation app that enables users to record and perform their own songs with no sound lag.

It is not just for musicians. Audio app developers can also use it by integrating it into their own music applications. With Samsung’s Professional Audio SDK, third-party apps can utilize low-latency audio and inter-application audio routing.

Additionally, Samsung is working side by side Google’s Android audio team to make Samsung’s SDK compatible with many other Android devices. 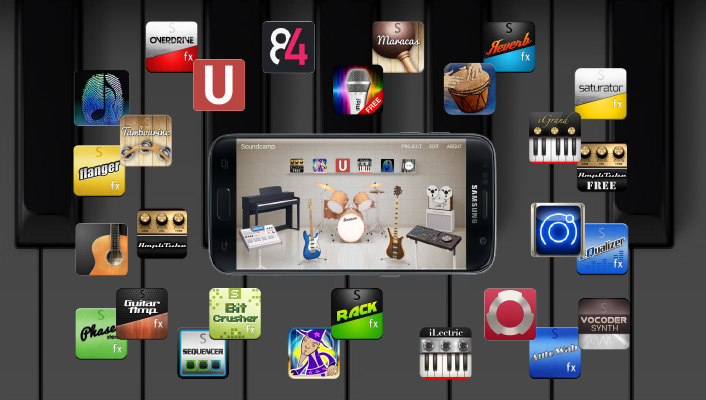 Mobile has become the platform for playing games and the Galaxy S7 was designed with a slew of features to improve the gaming experience for both gamers and developers. It is the first smartphone on the market to support Vulkan and boasts Game Tools and Game Launcher—tools that make gaming more fun and convenient.

Along the same vein, Samsung announced the Galaxy Game Dev Program, which will give developers a direct channel to the company and its partners’ support to allow them to make the best games possible on Samsung devices. 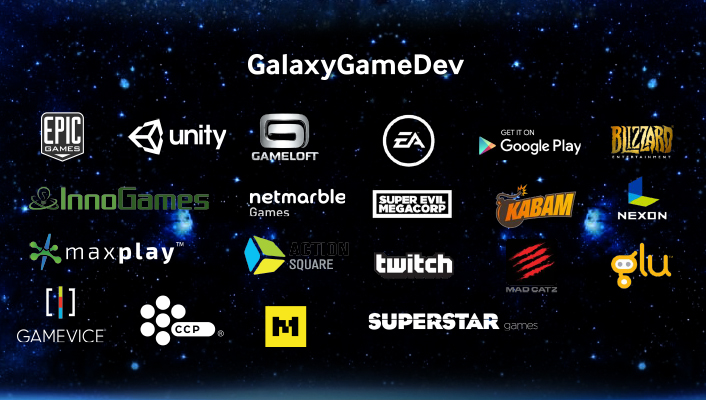 Samsung believes that 2016 is shaping up to be the year of VR and is working to enable users to create, watch and discover VR content more easily with the Gear 360 camera, the Gear VR headset and the Samsung Milk VR service.

With the introduction of the Gear 360 camera, Samsung also enhanced the way to view Milk VR content by releasing the Milk VR app for the Gear VR. This new companion Android app allows you to enjoy content from Milk VR on your smartphone without GearVR. They also created the samsungmilkvr.com website. 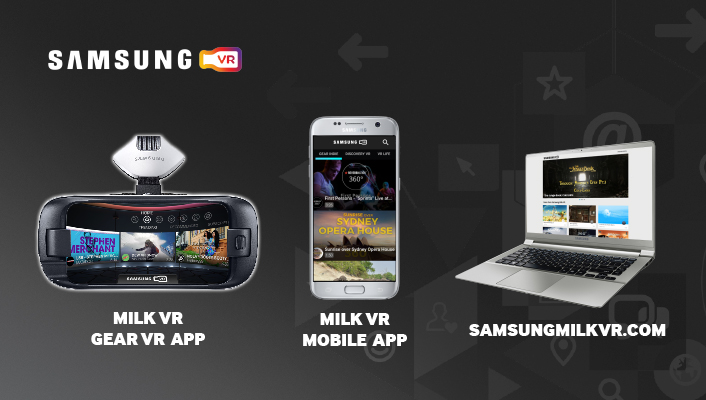 New features have been added to Milk VR to better support developers. The Milk VR upload SDK, for example, allows makers of 360 cameras and 360 video editing tools to directly upload to Milk VR, regardless of the manufacturers. Also, with new tools on samsungmilkvr.com, developers can add interactive hotspots, hyperlinks between two 360 videos, to VR videos.

Samsung is also providing features that let users stream content from hard drives or media servers on local networks. The company plans to release a live streaming SDK in the coming months to allow for the creation of live streaming end points, real time transcoding and distribution to Gear VR users.

SDC 2016 will feature presentations from tech leaders and will offer a number of sessions in which developers can exchange ideas, partake in new experiences and explore potential innovations. Through the conference, Samsung aims to transform the future by combining its hardware, software and services with developers’ ideas.