For the aspiring young coders, it was a unique opportunity—Samsung invited five students from around the world to the Samsung Developer Conference (SDC) 2016 to present their ideas, meet with professional developers, and help them realize their dreams.

The SDC 2016 event, which ran April 27 and 28 in San Francisco, was one more example of Samsung’s dedication to inspiring young people to learn more about coding. The company organizes Solve for Tomorrow competitions and Mobile App Academies around the world and participates in a variety of coding initiatives, like the EU Code Week in Europe. As coding has become recognized as the new literacy, Samsung has developed programs designed to foster lifelong skills like critical thinking, creative problem-solving and collaboration. 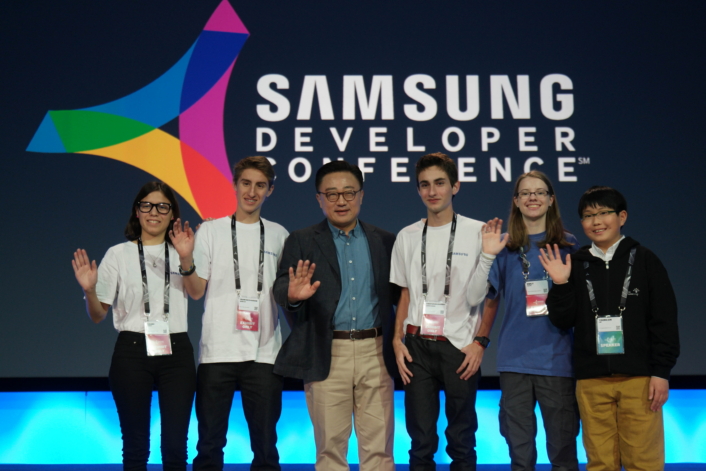 Student from the United States, Argentina, and Korea met with Dongjin Koh, the President of Mobile Communications Business at Samsung Electronics.

Attending SDC 2016 from the United States was Emily Waite, a 12th-grade student from Massachusetts and one of the winners of the 2015 US Mobile App Academy. Emily created Med Kid, an app to incentivize children with serious illnesses to take their medications. Each time a child takes their medicine, they get an in-app reward, turning a serious and sometimes difficult task into a fun game.

From Korea, Young Jun Lee came to explain his mobile app Don’t Forget Me, which helps families manage their household plants together, like remembering the watering schedule and recording the plants’ growth history. Lee was just 12 years old when he won the first Junior Software Cup in Korea in 2015 for his creative app. More than 1,000 teams entered the 2015 competition, which asked young people to create apps under the theme of “family.” 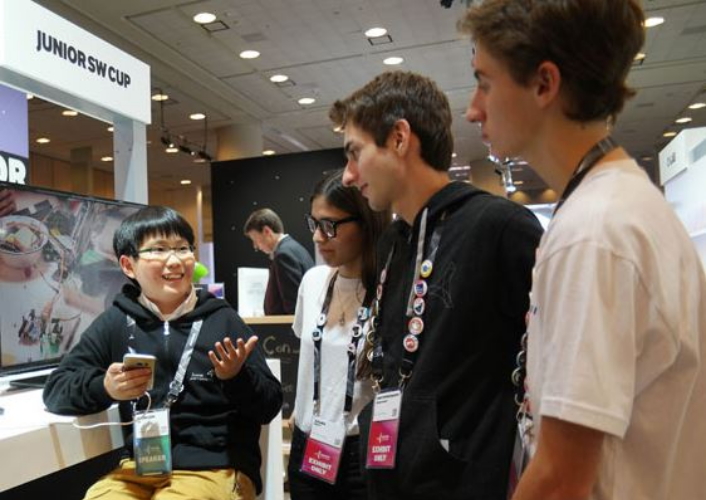 Young Jun Lee, the winner of Junior Software Cup from Korea, explains the app he developed to other young coders from the United States and Argentina.

From Argentina, three middle-school winners of the 2014 Solve for Tomorrow competition came to present their winning project, an app for improving evacuation during flood emergencies.  Not only did Samsung think their app was a winner, so did their local government, which added it to the local Civil Defense system to help protect people when the local Lujan River floods. 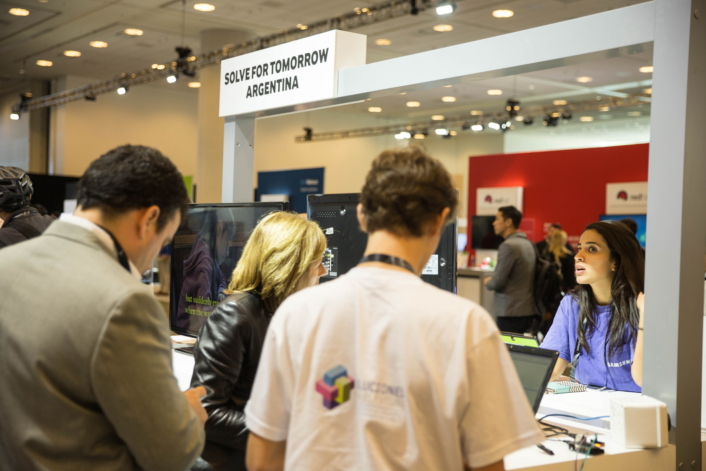 A student on the Solve for Tomorrow Argentina Team explains their winning app to developers.

All told, Samsung has run a variety of Coding Initiative projects in 14 countries, with more than 690,000 students participating. The goal is to make young people creators of technology, not just consumers, so they can actively participate in shaping their own futures.