[NEXT for QLED] Part 4: Visible or Invisible – Two Different Ways to Experience the TV Design 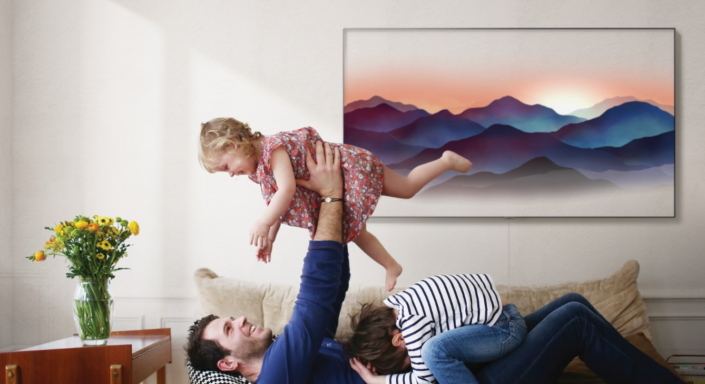 As TVs get bigger, their design has become ever more important. According to a Samsung Electronics survey of US consumers last year, almost eight out of ten (77%) of the respondents who plan to purchase premium TVs over $2,000 answered that they consider ‘design’ to be important.

Continuing its design innovation for TVs since the launch of the Bordeaux TV in 2006, Samsung has once again created something beautiful in the QLED TV. The QLED TV is a work of art that naturally melts into a living space. Of its features, Ambient Mode, which turns the “off” screen into a new display, and the Invisible Connection, which combines power and data lines into one, best accentuate the TV’s beauty and its harmony with the surrounding environment.

1. ‘Ambient Mode’, the Revival of the Black Screen 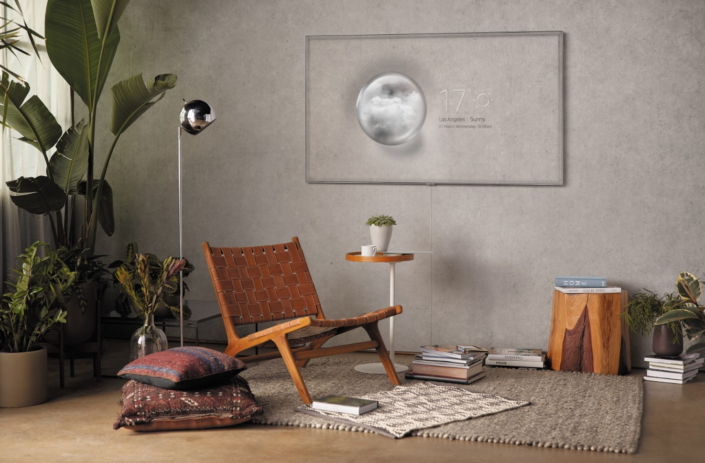 TVs are turned on for only five hours a day on average, yet they occupy a large space on the wall in the living room. This means TVs hang on the wall just as a black screen for more than 19 hours every day. With a TV turned off, it is easier to see dust or fingerprints on the screen – especially when the screen is large.

This year, Samsung Electronics unveiled Ambient Mode for the QLED TV, turning an empty screen into a display that depicts images and information. Ambient Mode is unique and unparalleled as it literally allows the TV to blend seamlessly into the room.

Using just a picture of the wall taken by SmartThings, a mobile app which connects IoT home appliances, and a pattern generator to square the color with the wall’s texture, Ambient Mode can mimic the pattern behind the TV to complement the consumer’s home styling with a chameleon-like visual camouflage. Details of the photo, such as contrast and brightness, can be adjusted and further edited to make the display more authentic. What’s more, users can display family pictures on their TV screens, blending naturally with the patterns of their walls, like a picture in a frame.

The new model arrives along with features that sense the conditions of the outside surroundings such as weather and brightness, and changes decorative content to deliver valuable information throughout the day. For example, the TV display can show sunrise at six in the morning and play chirping sounds of crickets in the evening. If it rains, users can even hear the sound of rain via the QLED TV.

“The Freedom from Burn-in”

Ambient Mode also increases the QLED TV’s operation efficiency significantly with energy-saving functions that turn off the screen if users are not nearby. The SmartThings app detects mobile signals (Bluetooth Low Energy) and passes on the information to the TV. With an auto-dimming sensor, the TV’s brightness and color can be adjusted according to the viewing environment. In the dark, Ambient Mode is automatically turned off to prevent unnecessary power consumption.

In addition, the QLED TV’s inorganic quantum dot technology is free from burn-in, letting users appreciate Ambient Mode as much as they want without seeing afterimages, even after a static picture has remained on screen for an extended length of time. Samsung Electronics is the only company in the industry that offers a 10-year burn-in warranty. 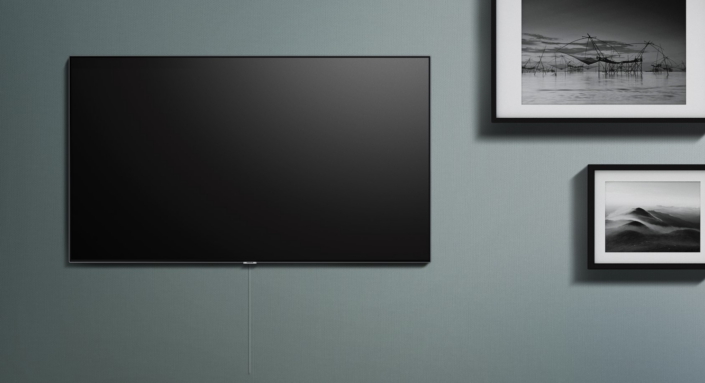 As the number of TV peripherals increases, messy cables are exposed around the TV – and are often hidden inside the wall for aesthetic reasons. To gracefully harmonize the device into its surroundings, Samsung devised the One Visible Cable for its QLED TVs. Following the introduction of ‘Invisible Connection’ which combines complex connection lines into a single cable last year, Samsung unveiled the first-of-its-kind innovation by merging power lines into one line.

“The First TV to Integrate Power and Data”

With high-speed SerDes and optical communication technology, the Invisible Connection transmits audiovisual signals and data as well as power. Often, transmitting sensitive data at high speeds through an optical cable with a power line is likely to cause interference and noise. This, however, can be reduced by Samsung’s error compensation technology.

Made of inconspicuous transparent materials, the Invisible Connection is the perfect solution to tidy up the area around the TV and eliminate visual distractions. The cable offered is 5 meters in length, but if needed, the line can be extended up to 15 meters with separate purchase of a longer One Visible Cable. Thanks to the cable’s color and material easily blending in with the wall, users can now truly appreciate minimalism in interior design in their living rooms. 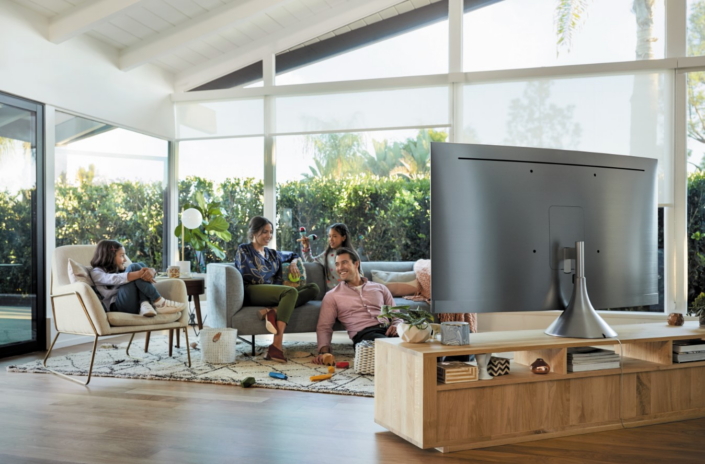 Accentuating safety as a key aspect of the Invisible Connection led Samsung Electronics to develop a new piece of technology. The over-current protection circuit cuts off power automatically as soon as users unplug or disconnect the cable. Samsung successfully stabilized high-voltage transmission and was approved by Underwriters Laboratories (UL), a global safety testing and certification company.

“Ambient Mode makes the invisible visible, and the Invisible Connection makes the visible invisible. Despite the two features’ roles being seemingly different, they both share the same purpose: to maximize spatial value and alter the lifestyles of consumers,” said Taeyoung Huh, Vice President of Samsung Electronics. “Samsung’s QLED TV and its technologies remains at the heart of creating a better-than-ever TV experience for all of our users.”