[NEXT for QLED] Part 5: Built for Endurance – Taking TV Gaming to the Next Level 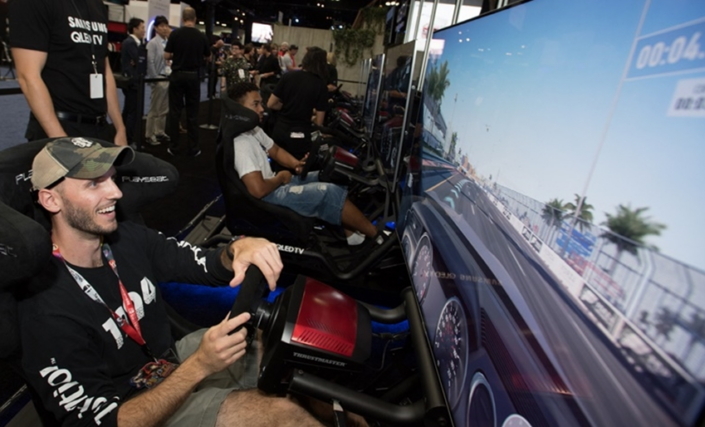 At the 2018 Electronic Entertainment Expo (‘E3’) in LA this June, Samsung QLED TVs were exhibited as part of Microsoft’s Xbox booth. The 75-inch QLED TV screens caught the attention of keen gamers, with a long queue forming in order to enter the showroom. Players enjoyed an unparalleled 4K HDR gaming experience, featuring stunning graphics and quick response times, with the QLED.

Samsung’s 2018 QLED TVs have evolved to merit the title of the ‘monster’ of the gaming industry. They offer gamers a low input lag of no more than 15ms (0.015 seconds), a rich viewing experience achieved by 100% color volume and High Dynamic Range (HDR) 2000, and Radeon FreeSync™ for the seamless playing of even the most demanding games.

Input lag can be a critical issue for those players who want to enjoy fast-paced games like first-person shooters (FPS) or fighting games. Input lag, or input latency, is the delay between the TV or monitor receiving a signal and it being displayed on the screen, or the delay between pressing a controller button and seeing the game react. It is important in gaming because even a 0.01 second reaction difference can determine the difference between a winning and losing move in an FPS game.

Samsung’s QLED TVs have input lag reduced to 15ms (1ms = 0.001 seconds), faster than conventional TVs which have a 20-30ms lag on average. Gamers can fully immerse themselves in games on their QLED TVs with minimal lag. QLED TV’s Auto Game Mode also changes features including response speed for game optimization. When users start a game on a console such as Xbox, the TV automatically recognizes the game and sets the correct game-related settings.

Today’s games are characterized by feature film-quality storylines, cinematography and graphics. Game characters and avatars are becoming more and more lifelike, as are the landscapes around them, often offered in full 360-degree rotation to the player for the most immersive experience possible.

In order to deliver this virtual realism to gamers, game platforms feature the latest in color, contrast and imaging technology, as well as 144Hz refresh rates for high frame-rate gaming. Samsung’s 2018 QLED TVs are the first in the TV industry to use Radeon FreeSync™ in collaboration with global graphics card maker AMD. Radeon FreeSync™ puts an end to choppy gameplay and broken frames, bringing smooth gaming and the fluidity of gaming monitors to the big screen.

With the Samsung QLED TV, gamers can experience the cutting-edge display performance they are used to. The QLED TVs feature HDR10+ for crisp and detailed images, as well as 100% color volume for greater image depth in both the day and nighttime, at any brightness level. Samsung’s Anti-reflection technology is another bonus for reducing eye strain and optimizing gameplay.

As well as their favorite console games, users can also play Steam games on their QLED TV. Steam is an online game platform with over 120 million users globally.

In order for QLED users to enjoy the full offering of the Steam platform, all they need to do is head to the Samsung Smart Hub and download the free Steam Link app. No supplementary hardware is necessary for users to be able to access the 15,000+ games offered by Steam on the large-inch QLED screen.

In addition, gamers don’t need to bother with changing the settings on their QLED TV in order to access their favorite console games. Just turn on Auto Game Mode and start your console. 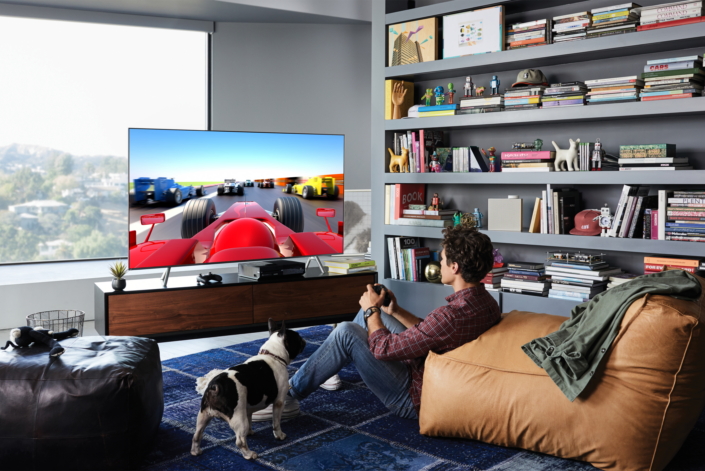 TV screens suffer from performance decline over time, with static images and fixed interfaces leading to image retention and consequently the burn-in issue. With Samsung QLED TVs, however, you no longer need to worry about burn-in.

Rtings, an industry-trusted US TV Reviewer, ran a test for permanent image retention. Different kinds of TVs were kept on for 10 minutes, running a test pattern in a loop. The 2017 QLED TV scored 10/10 for image quality and lack of burn-in, while some screens achieved a mere 5/10.

The durability of the QLED TV screen is due to groundbreaking Quantum Dot technology. Quantum dots are made of inorganic materials, which translates to longer-lasting displays that do not develop the burn-in issue. Displaying the same image or scene for long periods of time will not leave unpleasant ghost images on your QLED TV, enhancing the gaming experience.

“Today’s TVs are like all-round players. More and more, people are enjoying everything on TV such as games, the internet, or smart functions provided by IoT,” said Jongsuk Chu, Senior Vice President of Visual Display Business at Samsung Electronics. “The huge-screen QLED TV with best performance and durability will take the gaming experience to the next level.”