Everyone loves music. While some people love a specific genre, one universal truth is that everybody appreciates music, sings to their favorite songs every day, or even hums and makes up their own melodies. But because it’s hard to create, there are no social media services specifically made for music.

The absence of such a music-creating tool was why Samsung Electronics employees – David Choi, Joe Ahn and Youngki Ahn, now leaders of a C-Lab spin-off called Cooljamm Company – gathered at C-Lab in 2015. It is no surprise to say that these three are passionate music lovers. CEO David Cho has experience playing seven instruments including piano, viola, drum and guitar on stage. CTO and Director Youngki Ahn is an excellent piano player, and Director Yukyung Lee, also part of Cooljamm Company, is an electric guitar performer. The team could, in fact, form a band themselves.

It is their love for music that let them begin the biggest technological journey of their lives. Now based in Silicon Valley, the mecca of IT innovation, Cooljamm is flourishing with passion and enthusiasm – trying out more new things and mingling with more people than ever before – to create music services that everyone can enjoy.

The Flagship Products – HumOn and Scenergy

Started as a project at Samsung Electronics’ C-Lab and now an independent application created by Cooljamm Company, HumOn is a mobile application that employs 600 thousand machine-learned chord progressions to let you make a song only by humming. Downloaded over 750 thousand times and constantly a hot topic on sites like Twitter and Reddit, HumOn is gaining more and more popularity among global music enthusiasts. 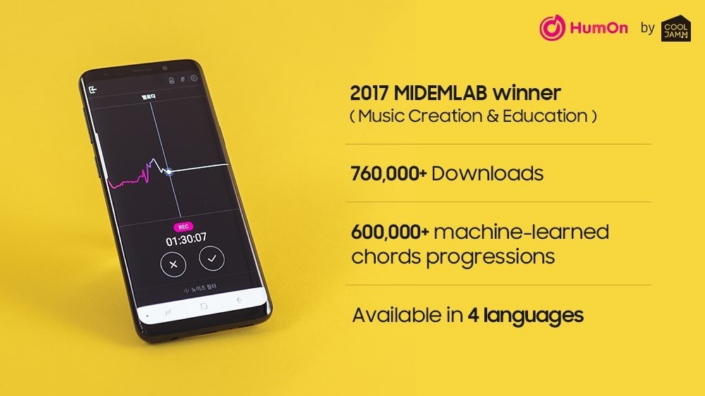 HumOn, with its intuitive music-making features, already has a large fan base

“Anything can become music with HumOn,” said David Choi, CEO of HumOn. “Let HumOn listen to a baby crying or babbling at home. Funnily enough, the crying and babbling becomes music – into a ballad or whichever musical genre you choose.”

Albeit initially developed in Korea, 70% of HumOn users live outside the peninsula. “It just happened to be that way,” said Choi. “We think it’s the different user preferences. While Korean users tend to show polished, professional-sounding pieces, other users around the world are more open-minded about doing new things and sharing their work at a more conceptual stage.” To date, more than a million melodies have been created with the app. 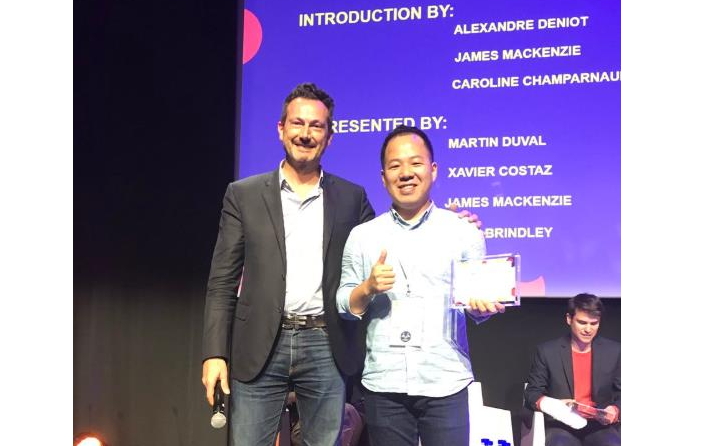 Cooljamm Company eventually found out that HumOn users, usually online video creators, also were making background music for their videos with the app. Spotting this opportunity, Cooljamm started developing Scenergy – a dedicated service that makes customized music for videos that are not subject to copyright infringement.

“-Scenergy uses the same technologies as HumOn where melodies can be created in different styles, but the interface design and the use of the service will be a lot different,” commented Choi. While Scenergy is still in the development phase, Cooljamm is confident it will be able to “add energy to scenes” – hence the project name.

Although the founders each play musical instruments at a better-than-intermediate level, they wanted to polish the artistic touch in the music HumOn produces. So in addition to electronics and software experts, Cooljamm Company hired music professionals, who majored and/or started their career in practical music. Their intuition and insights for music systematization played a big role in converting that knowledge into computer code. 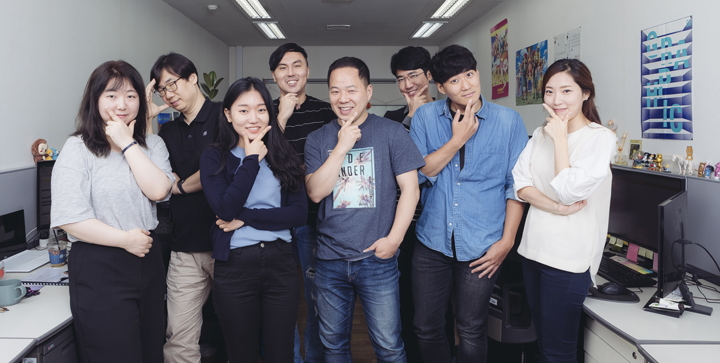 In the process, empowerment and trust have been the keys to Cooljamm’s success. With such a diverse workforce, it is not easy to understand the differences between people. But Choi and company learned that good teams are born in the process of trying to understand each other.  “Everyone has different backgrounds and needs, and wants to do different things. We can’t do much but to trust them,” said Choi. “At Cooljamm Company, we respect each employee’s style and characteristics. It’s not being selfless – it just happens to be the best way to get the most out of people. Working hours are flexible, and employees stick to their own style.”

COO Joe Ahn agreed, “Each great new idea is the result of an accumulation of different ideas that came before it. People are the most critical set of assets of a company. Of course, our customers are important, but the company has to treat its staff best first to provide the best service to its customers.”

Much like the app that evolves itself with AI and machine learning, Cooljamm Company has trained itself to continue to learn. For one thing, the company learned that HumOn isn’t just for personal use. The company is continuously fielding requests from educational and musical organizations for collaborations. In fact, Cooljamm Company is already working with a French company to launch a special music education platform in France.

The music industry is also keeping an eye on Cooljamm. “Billboard hit producers are contacting us. They mostly suggest collaboration projects,” said Choi. “Musicians find HumOn interesting in that different sounds can be incorporated into one music piece. Music distributors are also interested because HumOn does not require any copyright fees and is a good tool for making music in bulk by eliminating production costs.”

In addition to learning to explore the B2B space, Cooljamm has also recently encountered another unique opportunity to grow – the company became part of SkyDeck an accelerator program at the University of California, Berkeley. Although there were concerns about physically splitting up the team, especially when the core technologies for Scenergy are still being developed, leadership stuck to its belief in its team members. 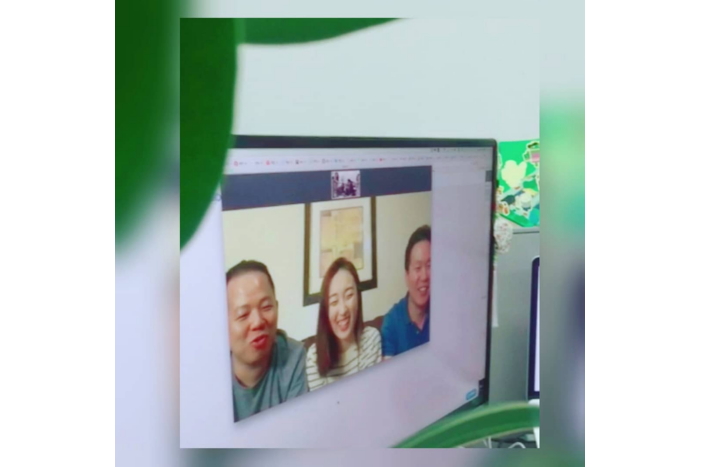 With Cooljamm joining as a –receiving support in KPI measurements, management advice and more until November – Cooljamm will now work in two different time zones. The HumOn team will remain in Korea to focus on the app’s marketing and operational capacities. And a separate team will be dispatched to Silicon Valley to take part in the SkyDeck program and develop Scenergy, mainly for the US market.

For Survival and Success in the Music Industry

“The very structure of profitability in the music business is very tightly built, and it’s hard to hit the jackpot within the current structure. We need to find the right spot in the market to find profitability,” said Choi. “What we need to do to survive (as a start-up) is find our own way in the current situation.” 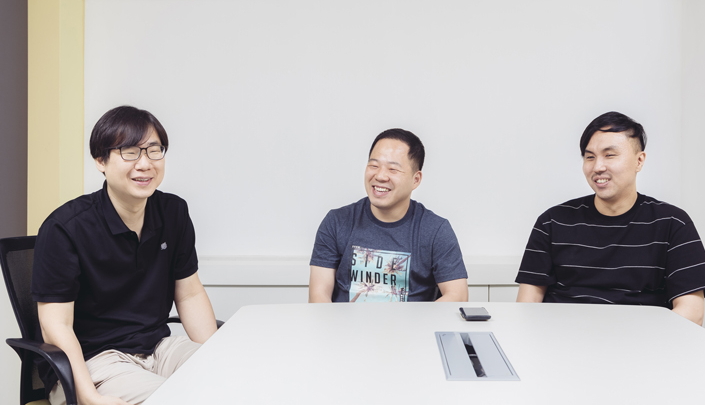 “We want to increase the profitability of the HumOn service by introducing in-app advertisements and providing premium services with mixing and arrangement features,” says Ahn. “Besides the app itself, we are planning to enter the online-to-offline market and education market.”

The company is also considering an early launch for Scenergy by this November to secure a sustainable income source sufficient enough to build a social media-based service upon it.

While the company is focusing on its short-term goals to learn and grow, Cooljamm’s management remains confident in their vision. “What’s promising is that music has always been here for thousands of years,” says Choi. “People will always enjoy singing and dancing. And the opportunities to make a living while helping more people enjoy music will always be there.”

This article is the third of a four-part series to celebrate the three-year anniversary of the C-Lab spin-off program. For more information, tap the image below: