How Gear VR Adds New Levels of Immersion to Gaming

The name of the game in gaming today is immersion. Gamers want to do more than simply guide a character across a screen. They want an experience that places them squarely in the heart of the action, whether they’re charging into a battle or exploring a new world.

Samsung’s Gear VR headset was designed to provide just that, amping up players’ immersion and making gaming more engaging. Available in the Oculus Store, the games and app below demonstrate Gear VR’s ability to bring the gaming experience to a whole new level.

Players navigate the blocky landscapes in first- or third-person perspective using their Xbox controller and Gear VR. The headset’s wide view not only makes building a personal kingdom more engaging, but also fosters the sensation that one is physically standing within their virtual domain, making it easier for players to explore new terrains and the limits of their imagination.

Herobound Gladiators is an online multiplayer RPG optimized for the Gear VR in which teams of players progress through challenging arenas battling hordes of ghouls and goblins.

Conquering waves of enemies and seizing victory requires optimizing a character’s arsenal of weapons and abilities and carefully coordinating attacks with teammates. Together with the Xbox controller, the Gear VR makes navigating each battle more fun and engaging, providing a 160-degree, strategic view that allows players to comfortably scan the battlefield and plot their course to victory. 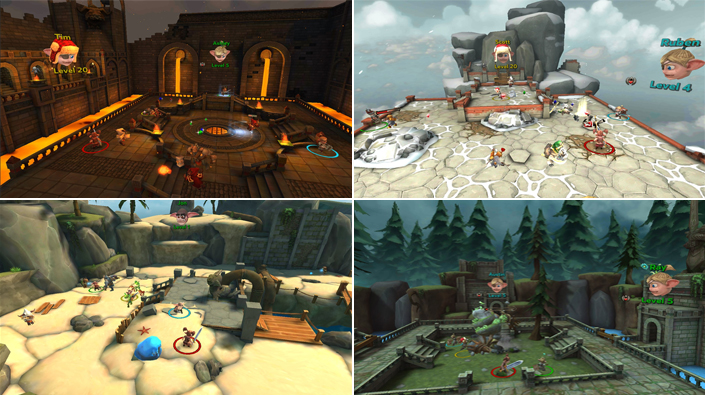 SLIVER.tv is an eSports app that allows professional gaming fans to be immersed in their favorite games even when they’re not playing themselves. With SLIVER.tv, users can enjoy a 360-degree VR gaming experience while watching eSports’ greatest champions do what they do best, through highlight videos and coverage of tournaments pitting the world’s best gamers against one another.

Gear VR’s immersive perspective provides SLIVER.tv users the best possible viewing experience, allowing them to take in the action from new angles, and making it easier to analyze their favorite champions’ in-game strategies.